Hollywood has got an awful genre with alien invaders. Blockbusters like The Tomorrow War need to come up with better-looking aliens. Here is why… 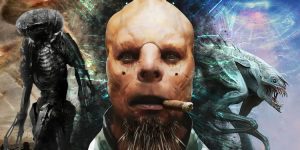 In The Tomorrow War, people from the present are trained to fight alien invaders. These aliens were called Whitespikes who attempts to destroy the planet in 2051. Before traveling to the future, the fighters from 2022 remain unaware of how the creature looks and how destructive they could be. Once they reach the land of tomorrow, the terrifying creatures finally appear on the screen.

The first glimpse of aliens in The Tomorrow War was underwhelming. While they should have looked more like a destructive nightmare, the makers failed to make them look any different from old Hollywood aliens. As observed from the 21st-century alien filmmaking, there are two types of creatures found. The first one is like a legion of bipedal soldiers, almost covered in armors, as seen in Battle: Los Angeles. These types of creatures depict a sense of visual aesthetics, like the Spartan soldiers from Halo. These alien invaders have become so common that now they don’t look any different from each other. Even movies like Justice League tried to make them look different by dressing them in yellow and green outfits. 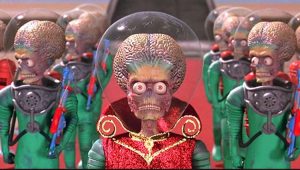 In contrast, another type of alien invaders includes ones like Xenomorphs from the Alien. These types of creatures are either covered in black hues or grey. They crawl around without caring about the weapons and attack humans with their teeth. This is precisely how The Tomorrow War aliens are presented in the movie. They were white-colored creatures like one from Coverfield and had tentacles just like Edge of Tomorrow’s aliens.

While various monsters have terrified the audience through these looks, modern aliens should look different. It might help to enhance their uniqueness and personalities. The viewers in The Tomorrow War remains confused with predicting the alien’s character and personality because of their look. Think of the creatures from Star Wars. All of them were designed in a way that helped the viewers imagine an entire world out of them. In comparison, alien invaders from The Tomorrow War only reflect a villain-type personality who wants to kill humans, and that’s it. 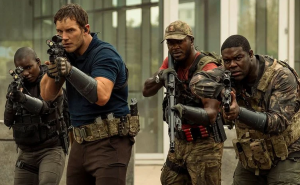 Instead of conveying to the audience that they are interacting with a modern alien invasion movie, The Tomorrow War wasted an opportunity to sculpture its own identity. While movies like Mars Attack!, Arrival, and Men in Black made aliens look less cliché, it is now time for Hollywood to think more creatively while designing new aliens.

The visuals of The Tomorrow War were extraordinarily different, but it failed to take advantage of the uniqueness available. With that said, there are various alien invaders found in the history of Hollywood who failed to turn influential because of the lack of personality in their design. Thus, blockbusters like The Tomorrow War need to come up with better-looking aliens that reflect a sense of personality and story as well.