DC Fandome is finally upon us and one of the first bits of information we received is a new Wonder Woman 84 trailer in all of its Themysciran glory. Here is the goddess of truth in all her finery and glory. Watch the trailer here:

Gal Gadot returns as the Goddess of Truth with Patty Jenkins at the helm once again. With that in mind, let’s break down the trailer. Here are some things you need to know about the WW84 trailer.

The trailer opens with flashbacks to Diana’s past. Diana as a child is seen competing with the adults on the island of Themyscira in some kind of Olympic games. Diana has always enjoyed a challenge and eventually besting them. To compete with adults being as small and plucky as she is typical of Diana. Diana has never been one to shy away from a challenge or a fight and has always risen to the occasion in style. These flashbacks also lend depth to Diana’s character and showcase her journey and growth and add perspective to her narrative.

That glorious golden armor first made its appearance in DC’s Kingdom Come Elseworlds title by Mark Waid and Alex Ross back in 1996 when Diana heads into the book’s climactic battle. She would then go on to wear it again in mainstream continuity in 1999. Eric Luke and Yanick Paquette brought back the armor in Wonder Woman #144. 2001’s Our Worlds at War event saw her don the armor again to battle Imperiex.

Here’s the interesting bit: the title of Cheetah was taken by quite a few of Wonder Woman’s foes. Priscilla Rich, her niece Deborah Domaine, Barbara Anna Minerva, and Sebastian Ballesteros have all taken the mantle of the Cheetah. However, the most recognized and most popular has been Barbara Ann Minerva. Portrayed by Kirsten Wiig in a stunning entry, she throws down and even manhandles Wonder Woman. An archeologist and heiress to a wealthy family. she gained her powers from a tribe in Africa when she took her place as the guardian of a tribe as well as ingesting certain herbs. She was granted abilities by the Cheetah god Urzkartaga. It will be interesting to see what Barbara Ann Minerva will do to gain the power of the Cheetah god in the movies. The image isn’t of the highest quality. High-res ones will be coming soon. Maxwell Lord made quite a splash by making his debut in the pages of JLI by Keith Giffen and J.M. DeMatteis. He begins to form the Justice League International under the instructions of a villainous computer built by the new God Metron. Lord was a millionaire who bankrolled the JLI. Once the threat of the computer or the program called Kilg%re was destroyed, Lord was freed and began to descend into the path of villainy. Interestingly, he is responsible for the death of the Blue Beetle. He is discovered by Wonder Woman and she promptly snaps his neck in full public view. This event is one of many that is responsible for and leads into the Infinite Crisis event. Fun fact: The issue where Wonder Woman traps lightning with a lasso? The Villain’s name is MAXIMUS. Pedro Pascal is taking on the role of the slick businessman who’s made his money from Oil and TV called MAXwell Lord. 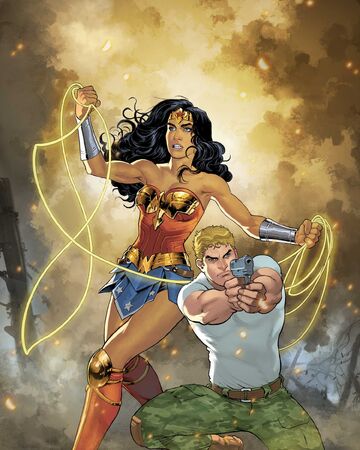 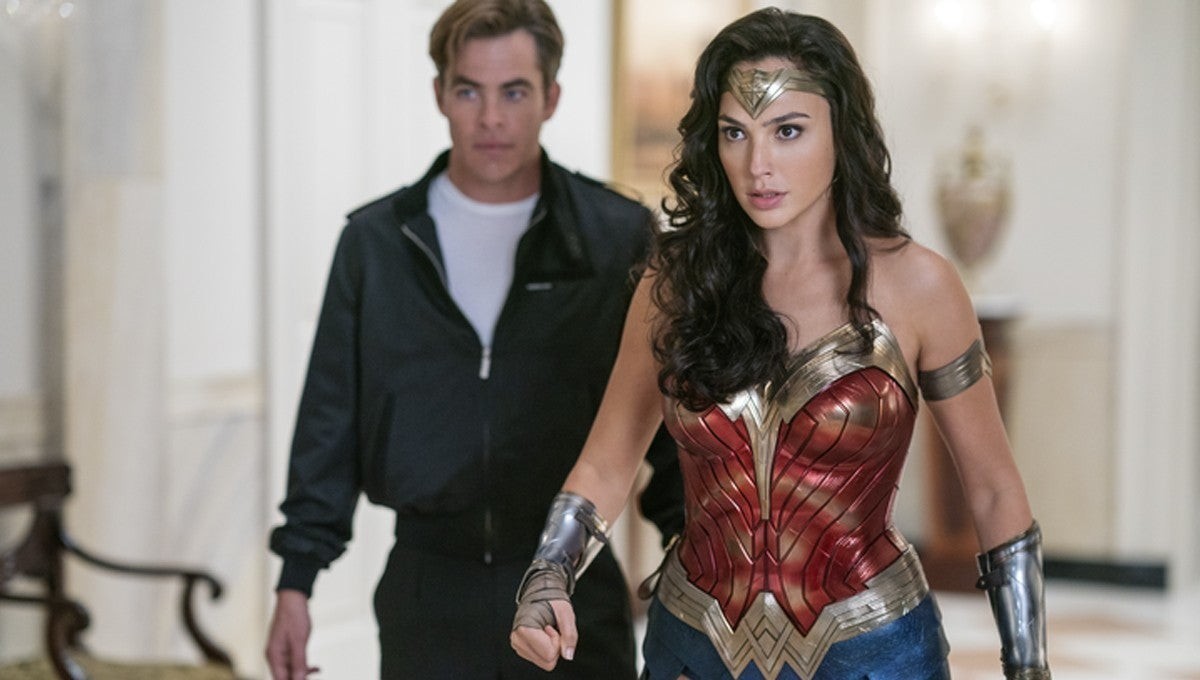 Steve Trevor is the first mortal man that Diana lays her eyes on. Over the years the two have enjoyed a wonderful relationship as both friends and lovers, supporting each other through crises. It is true that they do have issues and have seen other people, but for a lot of fans, Wonder Woman and Steve Trevor are OTP. Steve Trevor died in the events surrounding the first movie. It remains to be seen how his reappearance will be explained. One theory is that the crystal that Maxwell Lord holds up in the first trailer, could either be the Worlogog- The World Stone/ Philosopher’s Stone or the Chaos crystal that batman uses in the Robin Rises story arc.

The Lasso of Truth

The lasso of truth is synonymous with Wonder Woman. Anyone who touches the magic lasso is compelled to tell the truth. Fun Fact: Wonder Woman was created by William Moulton Marston, a psychologist who pioneered the invention of the lie-detector. The lasso can twirl fast enough to create air currents that have allowed her to fly. In the trailer, she uses the lasso in combat. The lasso looks to respond to her whim, transforming into a shield that deflects bullets as well as using it to gracefully swing from one lightning bolt to another.