Britney Spears last year got freedom from her 13-year conservatorship. She has been under her father’s control for a long time and finally got what she needed. But after the end of the drama, her father claimed that he did that to protect Spears. And that could be true since the singer is having trouble in her life.

The 41-year singer had been diagnosed with bipolar disorder and was in a mental health facility. She claimed on her social media and in court that she was held against her will. The Toxic singer struggles with mental issues, and she claims they are due to the stresses of her conservatorship. Even her husband, Sam Asghari, has gotten tired of his wife’s issues. The couple has again made it into headlines due to the latest meltdown of the singer in public.

Britney Spears with all the issues surrounding her life was able to tie the knot with Sam Asghari in June 2022. The couple has been dealing with things but is still together. The newlyweds were recently spotted at Joey in Woodland Hills, California. The Hold Me Closer singer and her husband were accompanied by their bodyguard.

Since the time Spears entered the LA restaurant to have dinner, the place was packed with people. They pulled out the camera and started recording the singer. The pop singer could be seen holding the menu to shield her face from the camera. Still, the recording continued pissing the 41-year-old, and things went south.

The Gimme More singer had a meltdown and went manic, shrieking and speaking incoherently. This upset Asghari, who stormed out of the place leaving his wife all alone. Just minutes later the Pretty Girls singer walked out of the restaurant all by herself. Her bodyguard picked up the bill after the couple left the venue. 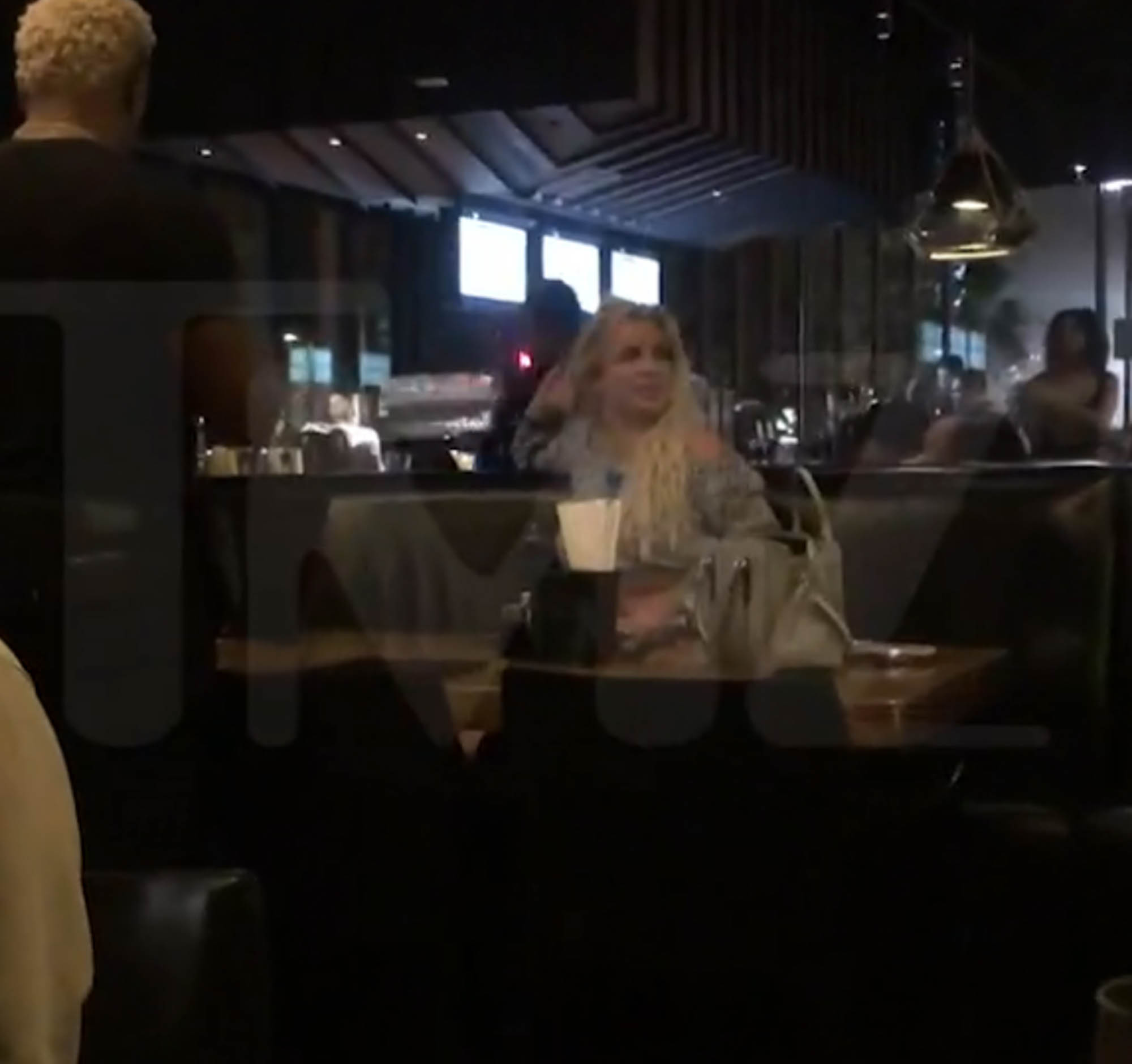 The restaurant manager and the reps of the couple are refusing to comment on this incident.

The couple got married in June 2022 in a fairytale wedding at the Grammy winner’s home in California. Their celebrity guest list included people like Paris Hilton, Selena Gomez, Drew Barrymore, Madonna, and more. The American singer and 28-year actor has been private about their life but has stood untied on a few occasions on social media.

The Family Business actor and his wife have hinted at trouble in their marriage for quite a time. Spears in November claimed that she wasn’t completely present during her wedding with the Iranian actor. While he is also not a fan of his wife’s topless pictures on social media.
The duo is still to address the recent incident.

Read More: “Sam is in it for the money”: Britney Spears Saved Her Immigrant Husband Sam Asghari from Accusations of Using Their Relationship for Money