After the gigantic war in the Avenger end game, we encountered an old look of Steven G Rogers and the way he was giving the Captain America shield to Sam Wilson it was giving a clear indication that now Our Hero took rest from the world of battle. In short, Steven G Rogers took retirement. Steven Rogers was not only a great Avenger, but more than that; he was a great leader. His words in Avengers End game AVENGER ASSEMBLE ! had given goosebumps to every MCU fan. Many MCU fans also feel that feel Iron was a better leader than Captain America. But the bigger question here is, “Is sam Wilson can be a good leader in the upcoming Avenger 5? I feel if someone can be a better leader than Steven G Rogers, that is Falcon.

With the upcoming Marvels Phase 4, many new superheroes are going to be introduced into the world of MCU. So in the coming days, we might not see a combined franchise of superhero movies soon.
Sam might lack a superpower unlike Rogers, but he is having a firm Grip over his skills on the battlefield and can also like Rogers. He can deport good plans to lead the Avenger Team. The combination of his flight suit with the shield can juts be a synonym of destruction, and if Sam is taking the call, the magnitude of destruction level will be next level. 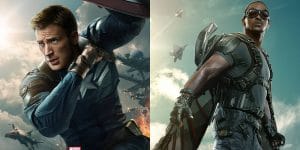 The similarity between Rogers and Sam is that they both fight for the justice of Planet earth. Suppose we see no other Avenger wholesome fight for the prosecution of Earth. The god of thunder, mighty Thor is inclined towards Asgardian and Black pather is having a soft corner toward Wakanda, and Hulk is having very little control over his powers. So considering all these, Sam Wilson can be a good leader in the upcoming Marvel Franchise. However, the Journey of Sam as an upcoming Avenger leader is far away, and more things are waiting for us before the Avengers 5. 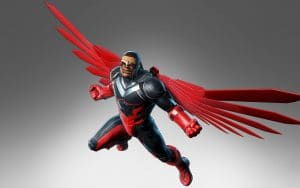