Marvel’s What If…? featured Sarah Rogers, the daughter of Captain America and Rogue from the Avengers, in a Secret Wars sequel. 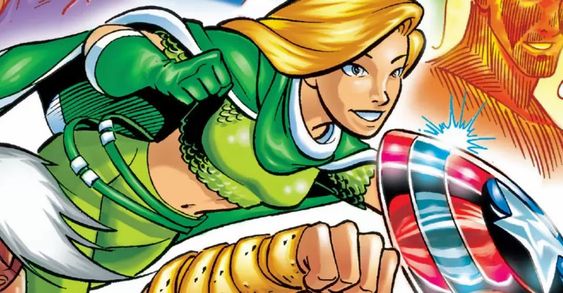 Marvel’s What If…? featured Sarah Rogers, the mutant daughter of Steve Rogers and the X-Rogue, as a follow-up to 1984’s bestselling Secret Wars crossover event. Sarah Rogers led a band of heroes against danger on two parallel planets, armed with her father’s famed shield and part of her mother’s mutant powers. The first Secret Wars saw members of the Avengers, X-Men, and Fantastic Four, as well as some of the teams’ respective nemeses, spirited away to Battleworld by the creature known as The Beyonder. The Beyonder, intrigued by both heroes and villains, planned for his “guests” to compete to the death, with the eventual victor obtaining any gift they desired. The 12-issue crossover concluded with the majority of the abducted heroes and villains foiling the Beyonder’s intentions and returning home from the faraway world. Jary Ferber and Gregg Schigiel’s What If…? Vol 2 # 114, “Brave New World,” was released by Marvel in 1998, and it examined what could have occurred if the Secret Wars stars had stayed on Battleworld. “Brave New World” is set 25 years after the events of the crossover and introduces the children of the original heroes. Bravado, son of Thor and the Enchantress; Mustang, son of Hawkeye and She-Hulk; Firefly, son of the Human Torch and the Wasp; Torrent, daughter of Storm and Wolverine; and Sarah Rogers, the Crusader are all introduced to readers. 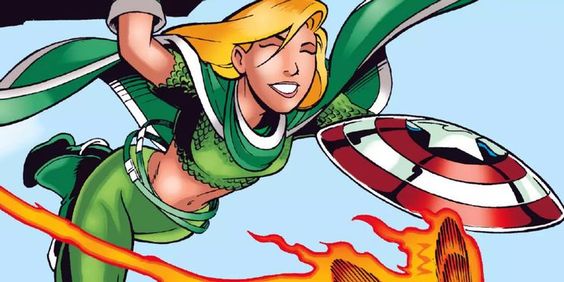 Throughout “Brave New World,” readers get to meet a young lady who represents both of her parents’ heroic qualities. Her green and white outfit is similar to her mother’s favorite color scheme. Sarah Rogers, like her mutant mother, can fly; she also inherited Rogue’s incredible strength and durability, at one time carrying her friends into the air atop a block of rock. Her blonde hair, like her seemingly natural talent for leading, is a tribute to her father. But, maybe more than anything else, Sarah, probably named after her maternal grandmother, exemplifies her father’s unwavering optimism and sense of responsibility. The threat in “Brave New World” is posed by Vincent Von Doom, the son of Doctor Doom and the Enchantress, and Bravado’s half-brother. Vincent, also known as Malefactor, aims to conquer not just Battleworld, but also Earth-616, his father’s home-world. Like her father, Sarah rallies her fellow second-generation heroes to confront and destroy Vincent’s danger. Sarah leads the young heroes against their evil counterparts after “borrowing” her father’s shield. Sarah takes on Gator, the son of Lizard. Sarah beats the wicked reptile with her power and combat abilities and instantly sets out to rescue Bravado, who is battling in his one-on-one battle with the Malefactor. Sarah astounds both of them when she holds Mjölnir, Thor’s enchanted hammer. The Malefactor, outmatched, withdraws from the battle in the company of his father, who has his own disagreement with his son. 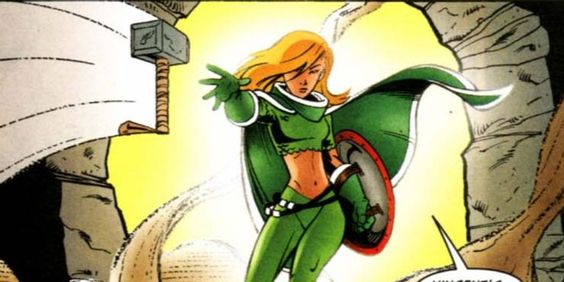 Thor reveals, much to Bravado’s displeasure, that Sarah has shown herself a worthy owner of Mjölnir during the post-battle festivities. The triumphant young heroes set off on a journey to return to their parents’ home-world. Sarah, wielding Mjölnir once more, establishes a portal to what she assumes is Earth-616. However, Sarah and the others’ expectations are swiftly shattered when they find an alternative Earth governed by the gigantic Sentinels. Instead of returning to the relative safety of Battleworld, Sarah persuades her comrades to stay and liberate the other Earth from the Sentinels’ dominance, showing herself to be Captain America’s daughter once more.