Captain America does have the powers of a super soldier but what if he had the powers of Doctor Strange too along with that? Well, if that happens, he would no longer be needing his classic Vibranium shield… since a magical shield will be far better than the classic. 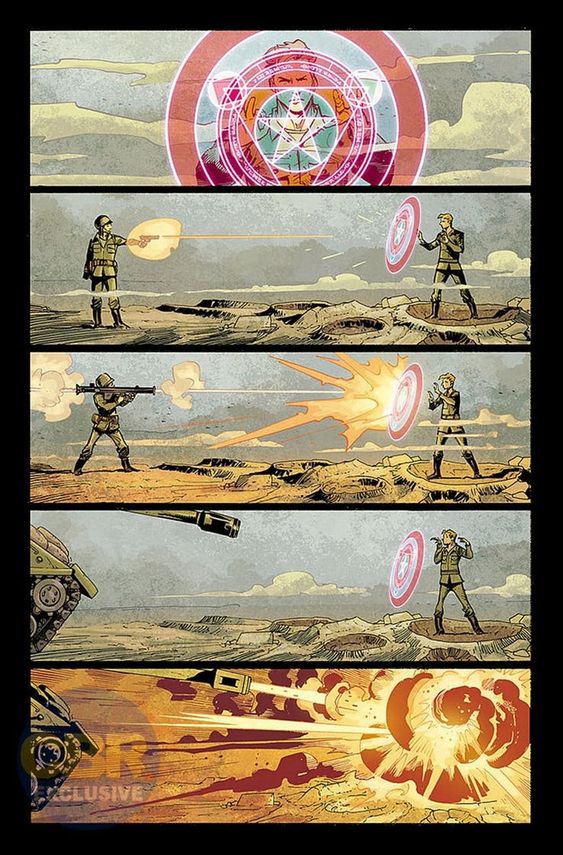 This revelation came out in the limited Infinity Wars: Soldier Supreme issue where Steve Rogers conjures and wields his magical shield and if you were shocked by seeing Thanos killed by Gamora earlier, this one will hint at how high that bar has risen.

In this reality, the government isn’t just aiming to create a super soldier but also infuse him with mystical powers and Steve Rogers was a success.

As you can see, Steve’s shield spell can simply put his classic shield to shame by stopping bullets, bazookas and even a tank. The writers of this Marvel mashup seem to be having fun with the previews of “Infinity Warps” characters, that are more interesting than the original premises. Now fans must only anticipate seeing Captain America in his Doctor Strange uniform but there are more characters for fans to enjoy. 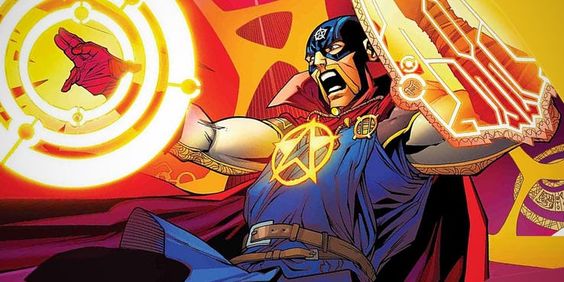 Another character is Weapon Hex, who is a blend of Wolverine’s daughter X-23 and Scarlet Witch. The most interesting combination is that of Tony Stark and Thor, known as Iron Hammer and last but not the least, Ghost Panther. (Ghost Rider and Black Panther)

Creator Gerry Duggan even explained to CBR in an interview that these heroes aren’t just “what if” characters; these heroes will get explained as the story of Infinity Wars unfolds in the coming weeks.

“I’ve got to be careful about spoilers when talking about this. At one point in time though, Thanos used the Infinity Stones to cut the number of souls in the universe by half. He did that by killing people. History may be repeating itself here but in a totally new and unexpected way. Because we just might be having the number of souls in the universe by mashing them together.
That’s a pretty meaty statement, but you’ll have to tune into Infinity Wars #2-#3 to really get a sense of where of that’s heading. Infinity Wars #3 really sets the table for that universe in a great way.”