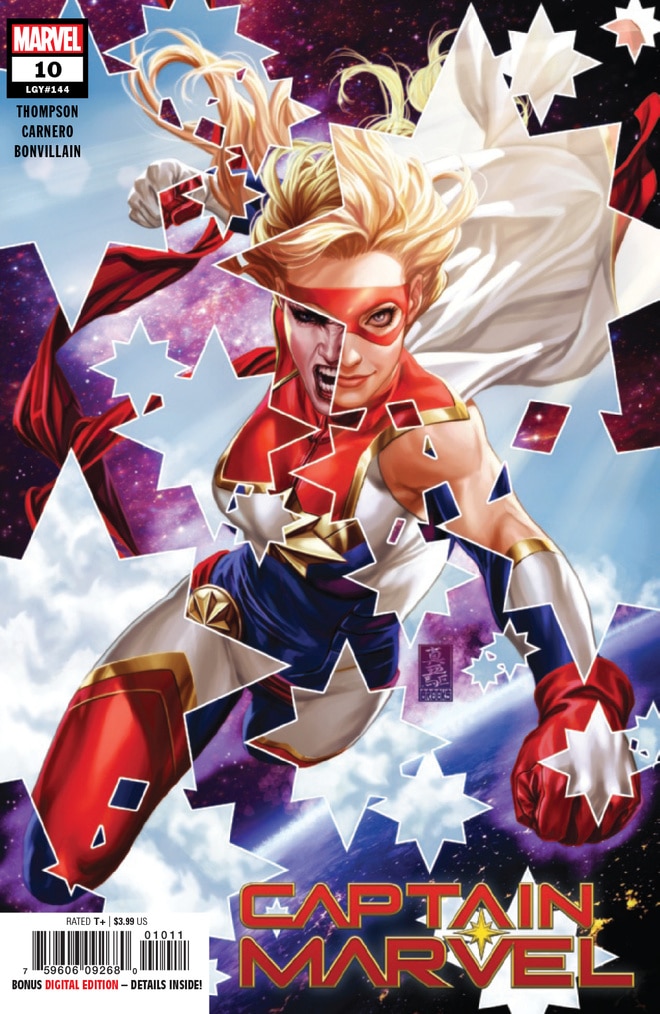 The Captain Marvel comics have got a serious injection of new fire after the movie came out this year. The latest issue of Captain Marvel solo comics revealed something interesting. She was actually losing her powers due to a robotic parasite which was planted in her heart.  But now she has realized that there’s more to it after all. Her powers aren’t disappearing, they are being stolen by Marvel’s latest superhero- Star. In the first preview pages of Captain Marvel #10, we see Carol confronting Star. Read on to see what happens next.

What Does Star Want From Captain Marvel? 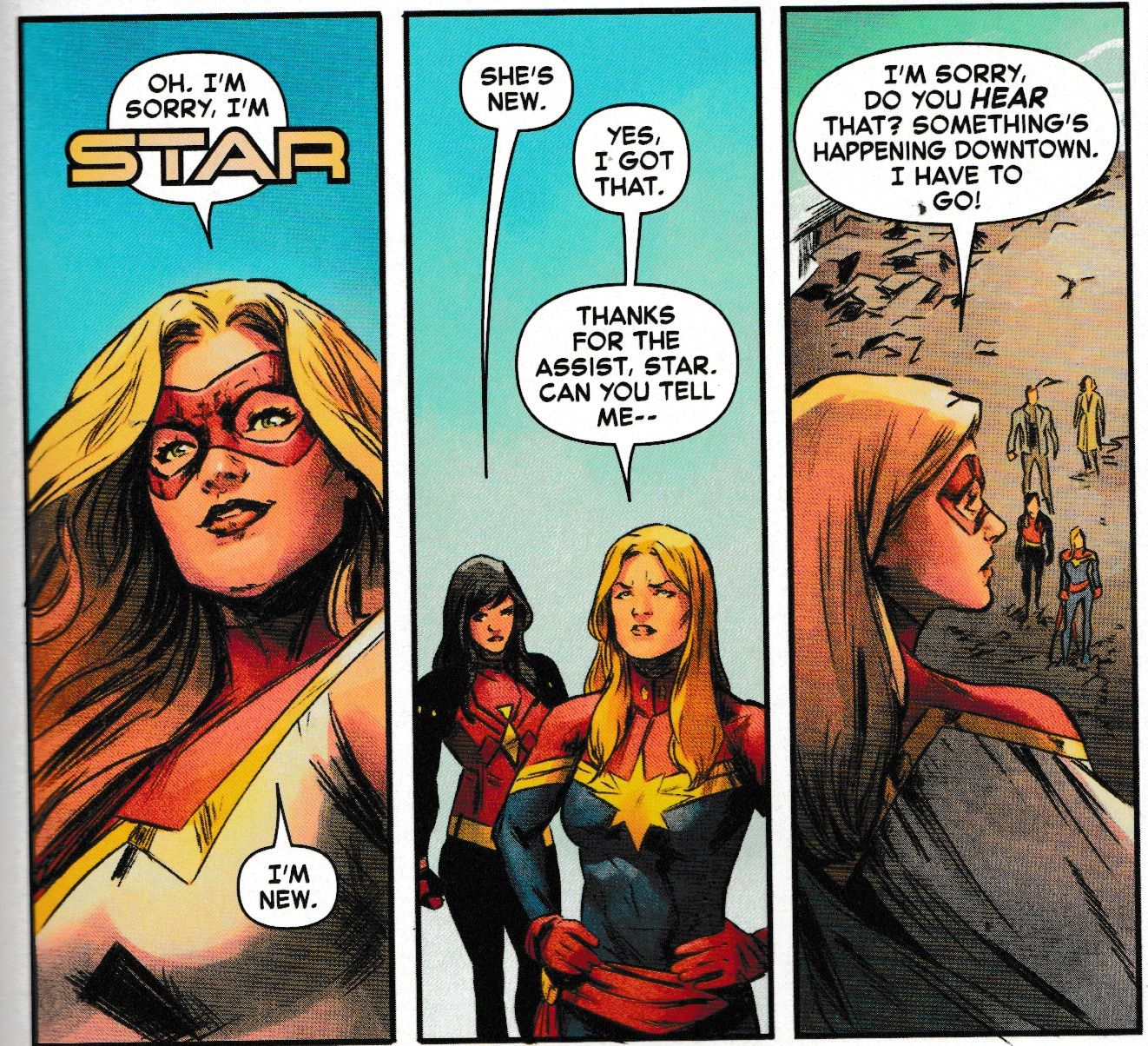 Star is here to take everything from Captain Marvel. pic courtesy: bleedingcool.com

When Carol confronts Star to find out what scheme she is really involved in Star doesn’t hesitate in her answer. She admits that she is tired of playing the goody two-shoes hero role. But she also says that it won’t be long before she can be herself again. But what’s the wait for? It’s time for Star to have people on her side as she throws Carol under the bus.

The Fight Begins For Captain Marvel 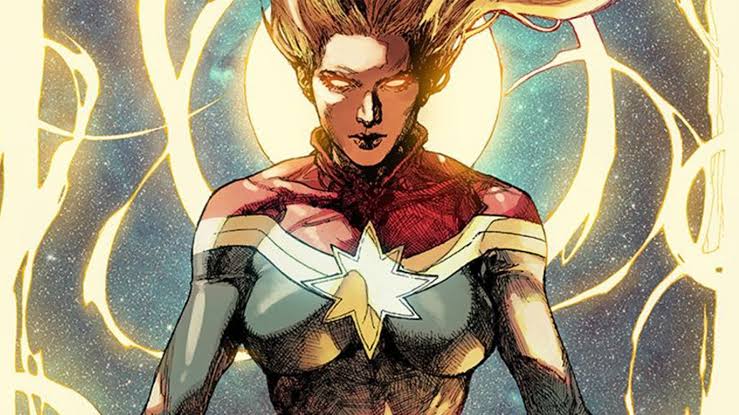 It’s a do or die battle for Captain Marvel. Pic Courtesy: pursuenews.com

So Captain Marvel now will have to fight to protect the people she loves even as they chant for her to go home. Moreover, she will have to do all that while not even possessing her full power set. As Star begins unleashing her power, there is only thing Carol can hope for. This is the fact that Star being untrained will make her more vulnerable – with or without firepower.

Captain Marvel #10 will be out in Comic book stores soon.

To know how the events of Captain Marvel #9 will impact the story further on, click on the video below: 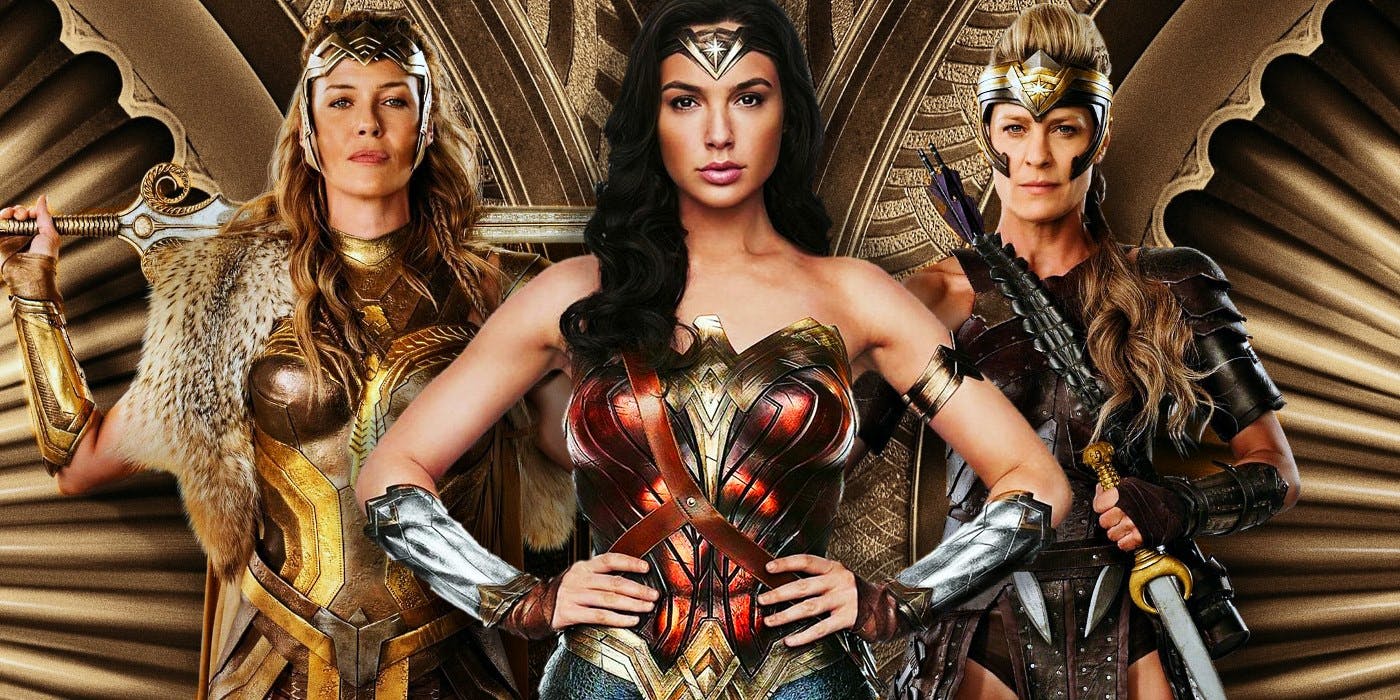