Rogue from X-Men stole Carol Danvers’ powers from the MCU, but the truth only showed after a decade after what actually happened. 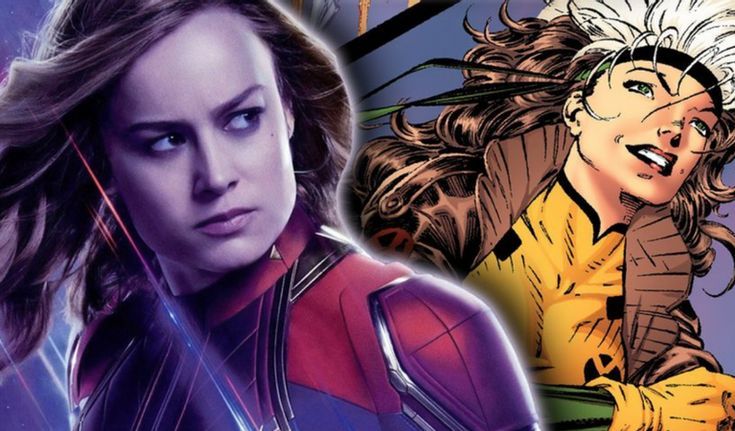 Rogue Took Down The Avengers Singlehandedly

As a core member of the X-Men team, Rogue has prominently cemented her legacy as a superhero. She had been a hero for quite a long time now and it is not that easy to forget how villainous the character was in her early days. Created by Michael Golden and Chris Claremont, Rogue first appeared in 1981’s Avengers Annual #10. It begins with Carol Danvers, aka Ms. Marvel, falling from the Golden Gate Bridge. Ms. Marvel got saved by Spider-Woman who later took her to the hospital as well. There, Professor X revealed that apart from the fact that her mind is completely erased, she has also lost her powers. Moreover, the only memory that Ms. Marvel now has is of a devious image of Rogue.

In the same issue, Rogue also battles against the Avengers. She first takes down Captain America. That is when Rogue reveals her superpower that she can drain out the superpowers and memories of a person with just the touch of her skin. Now that she has already drained Ms. Marvel’s powers and memories, she has gained the ability to fly and fight like Carol Danvers. Rogue kissed Captain America and knocked him out like exactly what she did with Ms. Marvel. As a result, with Captain America’s knowledge about team Avengers, she took out every single one of them, singlehandedly. But Rogue didn’t suck Danvers’ powers in this issue. In fact, she attacked Captain Marvel a decade before.

The battle between Ms. Marvel and Rogue got highlighted in Marvel Super-Heroes #11. However, before the publication of this issue, Carol Danvers’ solo series got canceled. The lost issue actually echoed how Ms. Marvel and Rogue came to their showdown. It was Carol Danvers who unknowingly fell in a crosshair with an evil Mutant, Mystique. The mutant predicted that Carol Danvers will offer her soul to Rogue if not her life. That is why Mystique adopted Rogue and raised her like a daughter to him.

With that being said, while Mystique wanted to take out Ms. Marvel to keep Rogue safe, Rogue decided to get the charge on her own and confront Carol Danvers herself. Thus, when Rogue went to Danvers’ home in San Francisco, they both broke into a brawl. While Rogue was fighting to prove her worth, Ms. Marvel was just trying to stave the blows off. As a result, Carol took both of them over the Golden Gate Bridge. That is where Rogue used her draining mutant ability. Now since she was not well-versed with her abilities and powers, she took too much from Ms. Marvel. That is what drained Carol Danvers. Hence, Rogue left with Carol Danvers’ mind inside her head.

But with time, Rogue left the evil team and decided to join the one who fight for the good cause. Thereafter, she spent her life trying to make up for what she did with Carol Danvers.