The year was 1995 and things were kinda spooky!

Casper the Friendly Ghost, floated into the silver screen with his three poltergeist uncles, when Wednesday Addams err… Christina Ricci came to live in a Haunted mansion with her “therapist to the dead” father.

Only this time around we got to know her as Kathleen “Kat” Harvey.

She was a lot less creepy though. Still sarcastic! 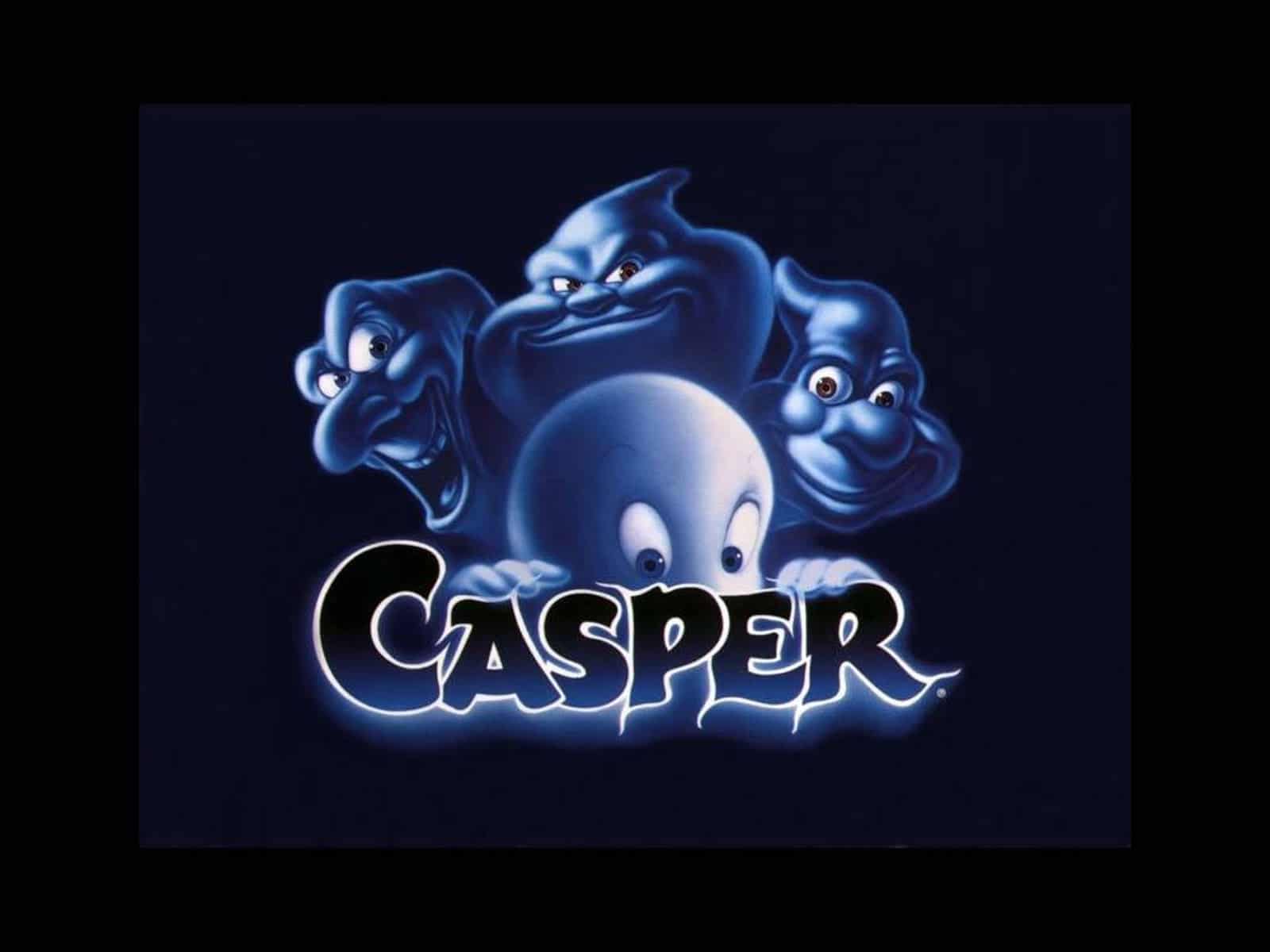 Casper became the first feature film to have a fully CGI character as its lead. But Casper was not as friendly as what we remembered from the comics.

Despite that, the movie became a huge success. With Christina Ricci already a big name, the film became one of the Top 10 largest grossing films of the year.

Contrary to what one would think, Casper was not just a kid movie. There was plenty for the adults too.

The film is filled with jokes and references and incidents that were maybe too much for a child to grasp.

But now that we are all grown-ups, some things hit a lot different than before. 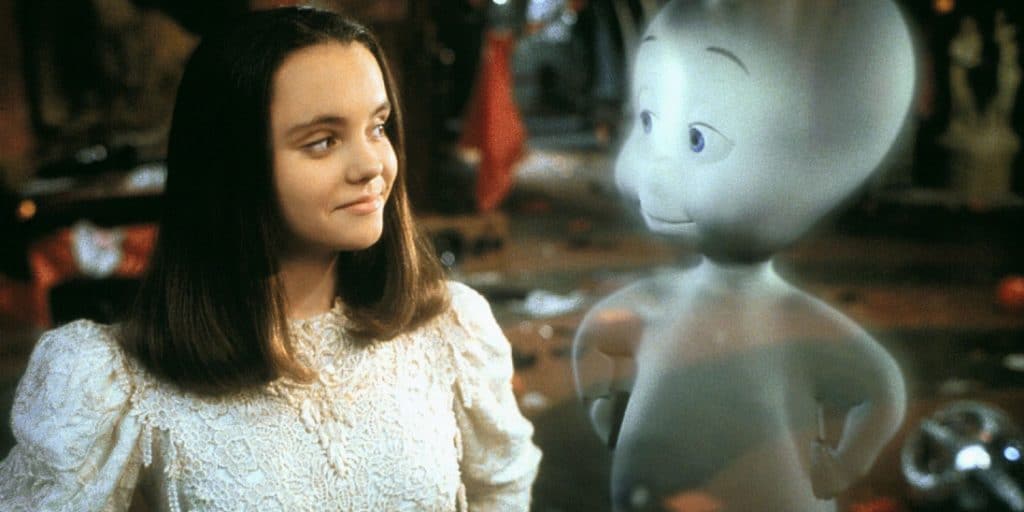 From “adult issues” to pop-culture references to entendres, here is a list of things only adults would notice in this classic movie! 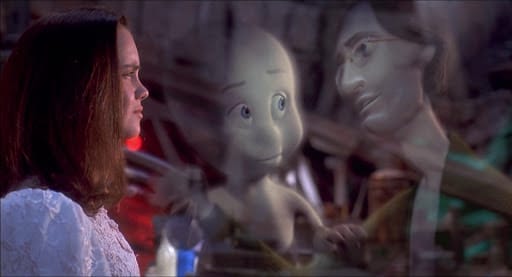 The process of becoming a ghost in this movie seemed a little too extreme.

Not the process in itself, but how everyone kept turning into ghosts when they died.

Apparently everyone has unfinished business. But if that’s the criteria for becoming ghosts; were everyone else in the town who died, free as a bird, and went directly to the afterlife without any issues?

As a kid, we might have been okay with the flow of things. But now as adults, we have so many questions!

The biggest being – Why do all the adults keep dying out of the blue for no reason? 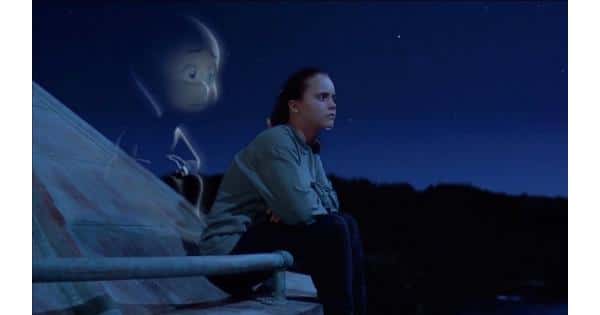 A 12-year-old boy died of pneumonia and then became a ghost to keep his living father company.

Well… that’s a little too profound for someone so young if you ask me!

The question though, is why didn’t his father become a ghost-like Casper?

And why is Casper still haunting the mansion even after his father died?

Again, this whole idea of becoming a ghost and of unfinished business is a little too complex, now that we are seeing it without our kid glasses on! 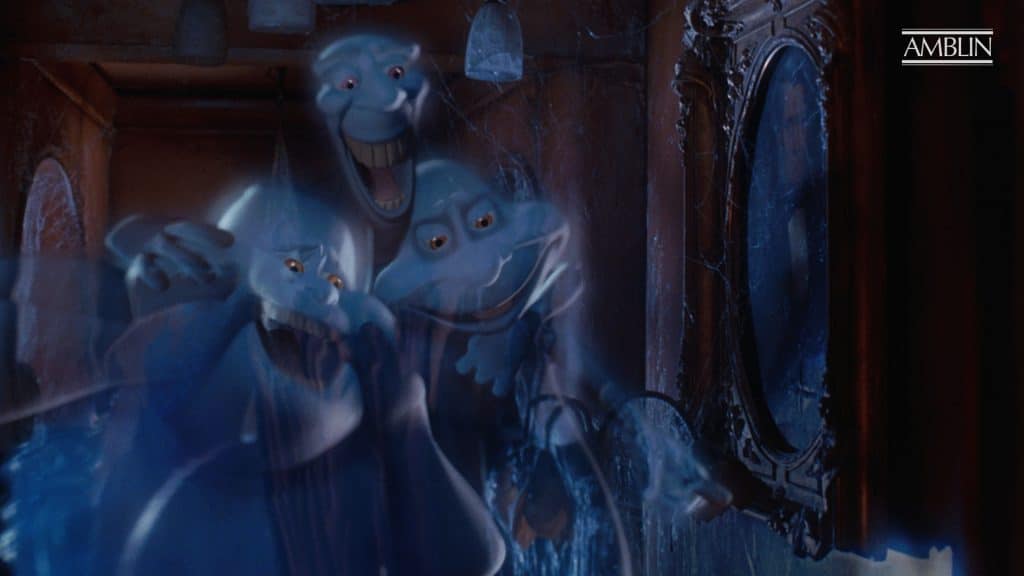 The three poltergeists after pulling the worst prank on him, take Kat’s Dad Harvey to a bar, and everyone drinks.

Their main agenda was to kill Harvey so that he could join them in their haunting.

But a happy drunk, Dr. Harvey professes his love for the three ghosts, making them guilty for trying to kill the man.

Unfortunately, he still ends up dying. Falling into a construction pit! Right outside the bar! A little too much of a coincidence now that we are grown-ups. 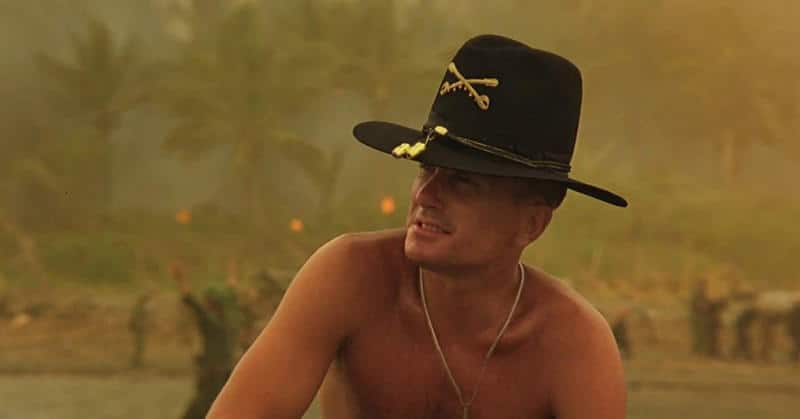 The movie is full of references from the contemporary world. In one instance, Stretch yells “I love the smell of fleshies in the morning.”

While as kids we might not have understood that dialogue, as adults we know very well it’s from the movie Apocalypse Now. Something a kid should be far away from!

In another instance, when Harvey tries to give Kat “the talk”, she says “You’re a little late for that, Dad.”

As kids, we might have laughed good naturedly at this scene, but when apprehensively Dr. Harvey asks his daughter, “How late?”, every adult chuckled at the double entendre! 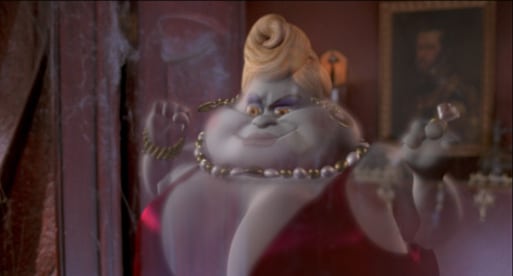 As kids, we all laughed when Casper’s three poltergeist uncles pulled the prank on Kat’s father by having Fatso dress up like a woman and planting a sloppy kiss on his face.

As adults, we can see the cruelty of the scene, when the ghosts pull this joke on a man who has been trying to contact his dead wife for years! 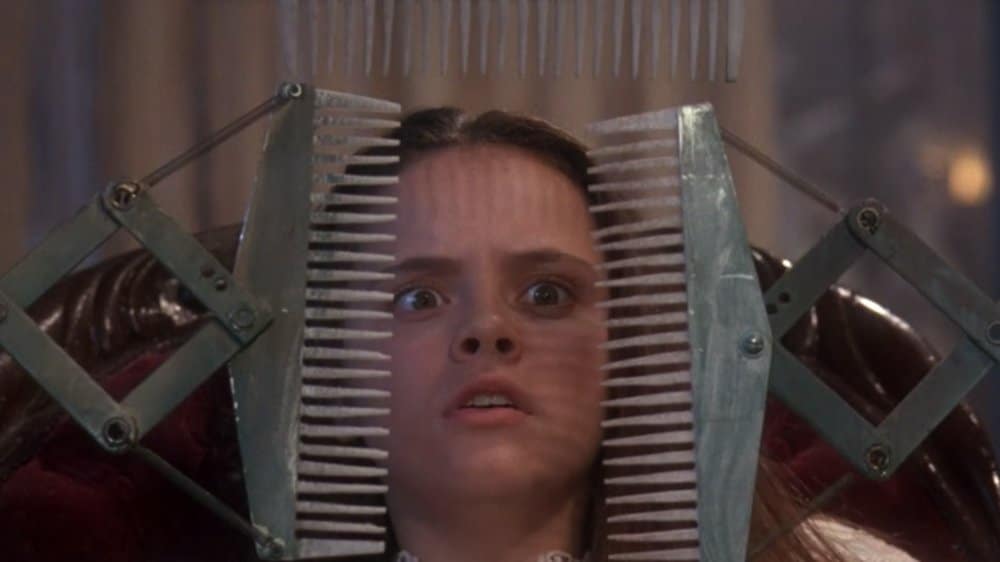 Let’s talk about Casper’s father first. The eccentric inventor, who successfully built the machine to bring back the dead but didn’t use it on his son the second he built it.

And then he died! Why? And who makes a haunting ride into the basement of their own house?

And then Kat’s Dad, the supposed ghost therapist.

For a man who has been treating patients with ghost-related issues, why did he flail like a child and ran for his life with Kat when the father-daughter first came in contact with the ghosts of the Haunted mansion? 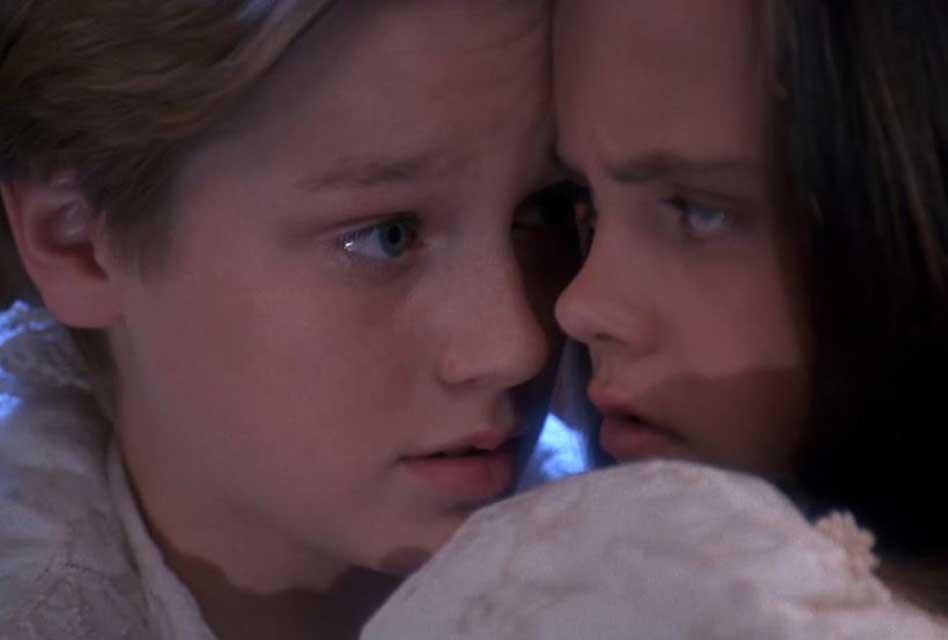 At the end of the movie, we see Casper, but instead of our friendly ghost, he is now a human boy.

And then Casper and Kat are dancing in the Halloween party that was going on in the haunted mansion.

In the end he goes and drops a weird “Can I keep you?”

To a young kid, that might sound romantic, as an adult, that’s just plain creepy! Although, with this being a creepy ghost movie… no! Still creepy!