Cats have been there in Alien since the beginning, but now Marvel has given them a definite role. Gabriel and Bishop continue their struggle for existence in Alien # 6, yet whatever triumph they claim may be fleeting. The Alpha xenomorph has opened the door to danger in the near future. The first Alien series from Marvel since the Disney-Fox merger is well underway. A new xenomorph species has already been established, and a few specifications have been added to the canon. The Alpha xenomorph has a link to its hosts, can survive in space, and is just one of many xenomorph variants. It also leaves traces of infection.

Phillip Kennedy Johnson, Salvador Larroca, Guru Efx, and Vc Clayton Cowles are the creative team behind Aliens # 6. In the most recent issue, Gabe battles the Alpha xenomorph in space, but a surprise involving a previously introduced cat promises problems-and maybe disaster-for the current major protagonists. This cat is not the same as Alien’s Jonesy, but it has the potential to be one of the most significant cats in the whole franchise. This cat demonstrates that the species is not too tiny for xenomorphs to impregnate.

Earlier in the series, it was revealed that the Alpha xenomorph has a tell when it comes to infection. Infected people or animals have scratches on their faces. This informed Gabe that the person they encountered on Epsilon Station was a carrier who posed a higher risk to everyone left on the station. In a cliffhanger finale to Marvel’s first Alien comic arc, the newest feline addition to the series is seen to be infected. This cat doesn’t have a name, and it hasn’t been a big part of the series so far, but that’s about to change. Cats have been featured in the Alien genre since its inception, but fans have long speculated about their true function. Jonesy was meant to be a source of comfort or a sense of normalcy for Ripley in the first film. Some fans think that cats are one of the few animals that are not impacted by xenomorphs, maybe because they are too tiny to be infected. Marvel, on the other hand, has verified that this is not the case. Cats, like any other species in the cosmos, may be infected-at least by the Alpha xenomorph. 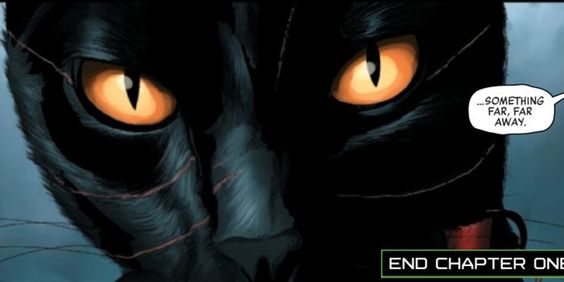 Presenting a cat with a xenomorph illness is a novel twist for the franchise, as well as a humorous nod to the first film. Marvel has recently made cats quite hazardous, with Goose from Captain Marvel being a nasty extraterrestrial. While this cat is not an extraterrestrial, it has become home to one of the most lethal xenomorphs fans have seen thus far. The mythos of the franchise as a whole is expanding with each new era’s inclusion. If this latest development is any indication of what’s to come, the future seems gloomy for any characters that find themselves in Marvel’s Alien universe.