Not everyone supports Johnny Depp. There are actors and celebs in Hollywood who hated him for who he is. From his co-stars from previous movies to news reporters, everyone has a bone to pick with Johnny Depp. These celebs have gone on record or are at least publicly known to vilify the Pirates of the Caribbean actor. 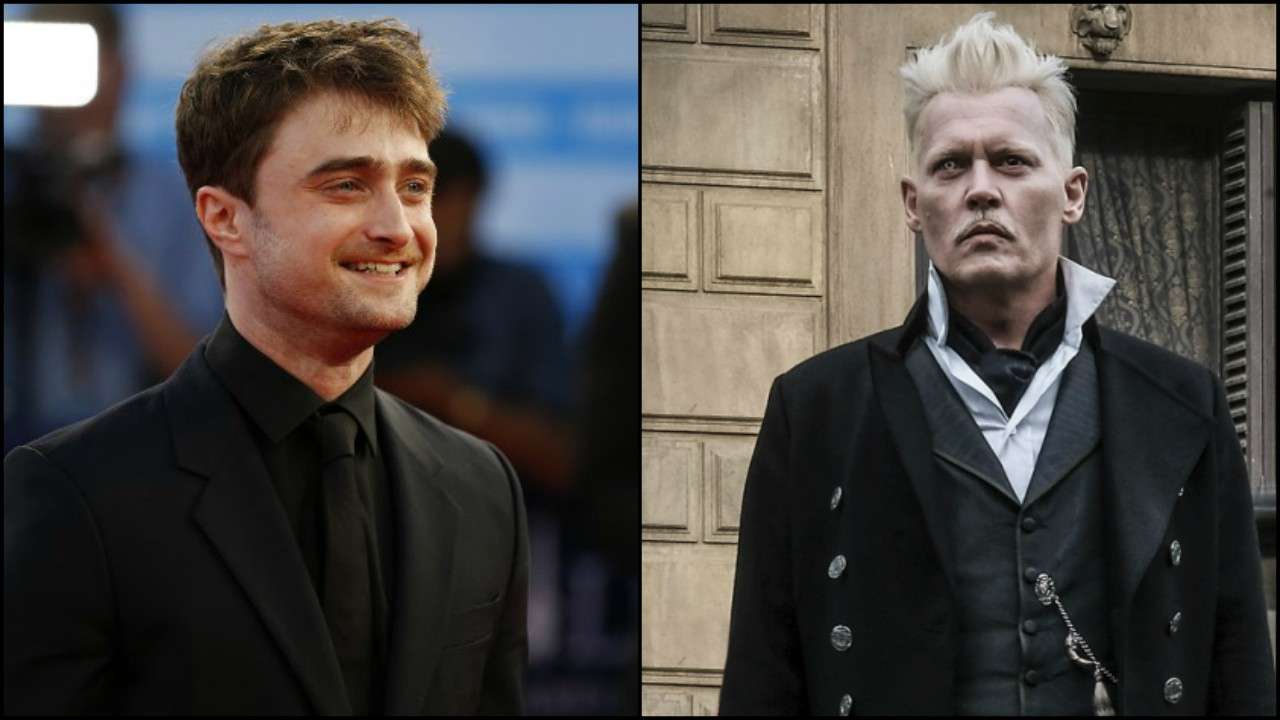 The Harry Potter star was one of the first actors to speak out against Johnny depp when the entire fiasco began. Johnny Depp was cast as Grindelwald in Fantastic Beasts 2: The Crime of Grindelwald. This did not sit well with Daniel Radcliffe, who went on record to state the Hollywood double standards when it came to elite celebrities. Radcliffe cited the example of NFL, where less popular players were exiled because of possessing weed while the more popular players were given a slap on the wrist for much greater allegations.

In an interview with Entertainment Weekly in 2018, Daniel Radcliffe opens up about why he hates Johnny Depp. He says and we quote:

“I suppose the thing I was struck by was, we did have a guy who was reprimanded for weed on the [original ‘Potter’] film, essentially, so obviously what Johnny has been accused of is much greater than that.”

We now know that Ezra Miller has his own fair share of problems and controversies. The guy was arrested for threatening civilians in a Hawaiian Karaoke bar. Miller’s run-ins with controversies has become somewhat of a ritual for the Flash and Fantastic Beasts actor. But back when everyone thought the guy was squeaky clean, Miller ruffled feathers in Warner Brothers studios by subtly hinting he did not like Johnny depp being cast in Fantastic Beasts.

During a Playboy interview, Ezra Miller reveals almost everyone in the cast were kept in the dark about Johnny Depp’s involvement in Fantastic beasts 2. Ezra Miller didn’t imply explicitly but he sounds like he is one of those celebs who hate Johnny Depp with every inch of their souls.

James Franco Has Had Unscrupulous Associations With Amber Heard

James Franco does not have any quarrels with Johnny Depp. But rumors persist that he is ‘close friends’ with Amber Heard. Whatever that means. A video of James Franco and Amber Heard getting cozy in an elevator has gone viral. The most interesting aspect of the video is that it was recorded only a day after Amber Heard filed for her divorce and ended her marriage with Johnny Depp.

Franco has way more on his plate now. After a group of women came forward to accuse him of sexual harassment allegations, no studio would come near him. His last major appearance was in HBO’s The Deuce. James Franco was supposed to appear as a witness for Amber Heard during the defamation trial. But he hasn’t yet. Looks like he has his own mess to clean.

PBS world Channel host Celeste Headlee has a bone to pick with Depp. She has a problem with one movie that Depp made in his career. And Headlee thinks that it is enough for her to call for Hollywood to boycott Depp. Her issue is with him playing Tonto in The Lone Ranger. According to her, Tonto is a fusion of racial stereotypes against Native Americans.

“Tonto is a stereotype and that stereotype was so popular during the 1950’s TV show that, for many white Americans, the false image of Tonto became the only image of native Americans that they had. Portrayals of American Indians on film have improved: ‘Last of the Mohicans,’ ‘The Black Robe,’ ‘Dances With Wolves’ are among dozens of good examples. Tonto should have remained a relic of our ignorant, stereotypical past.” Johnny Depp and Angelina Jolie worked together in 2010 for the movie The Tourist. The movie was critically blasted, holding a 20% critics rating on Rotten Tomatoes. A previous report from Celeb**chy reveals that Angelina Jolie found a mortal enemy in Johnny Depp. The two never got along on set.

The InTouch print issue reports that Johnny depp found Angelina Jolie “uptight & self-involved.” Jolie on the other hand claimed she was frustrated with his “late nights and time spent practicing with the band Babybird. [Jolie’s] disappointed that he didn’t get in better shape for the role and that he didn’t want to cut his hair.”