Chris Evans, a.k.a “Captain America”, admired Ryan Reynolds’s new ad representation idea. He quoted one alluring sentence in his tweet, which shows his curiousness. He precisely wanted to know about how Ryan Reynolds can change any circumstance into a perfect marketing campaign all alone. Evans then babbled that now he’s going to switch his phone plan over to Mint.

Reynolds proved his worth in the entrepreneurship strategies by recently becoming the new owner of Mint Mobile. Mint Mobile is a mobile service that offers several different data buckets depending upon customer needs. Ryan Reynolds, apart from being a straight-minded entrepreneur, has also devoted himself truly into his little niche as a celebrity advertiser.

How is he able to single-handedly jiu-jitsu any circumstance into a perfect marketing campaign??

I’m gonna go switch my plan while I try to figure this out. https://t.co/4ngnBQ7V6y

This isn’t the first time that Chris Evans has praised Reynolds for his unique advertising method application in Mint Mobiles. 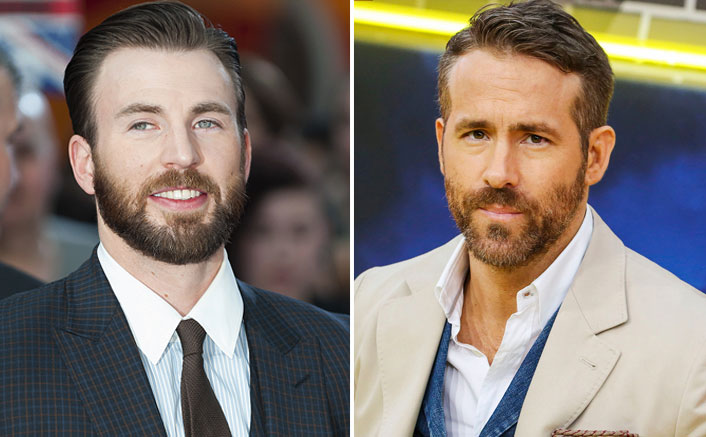 Mint Mobile is surely gaining plaudits by people all across the globe after it launched a video ad. The ad represents the charismatic Deadpool superstar showing the PowerPoint presentation alternatively as a commercial advertisement.

In the times of coronavirus pandemic when the global marketing sector is facing the economic crisis, Ryan Reynolds came up with a new idea. The ad consists of PowerPoint slides explaining the premium wireless services offered by mint mobile at an affordable price.

Well, what makes him turn to use the presentation slides is undoubtedly going to answer the present COVID-19 pandemic. The pandemic interrupted his epic shoot for the ad, as he stated in the video before starting with the slides.

Mint Mobile is a wallet-friendly option that won”t cramp your swipe-happy lifestyle. When you sign up for a three months plan Mint Mobile hooks you up with a free sim card. It also offers premium wireless service including 3GB of 4G LTE data with unlimited calls and text nationwide. All of the above in just $15 a month.

Ryan also made a bold move earlier by deciding to use the company’s resources to better the benefit of its new customers. He took out a full-page advertisement in the New York Times. Ryan shared his idea for the upcoming customers without wasting any of the company’s financial resources.

Well decided by him to show out an ad during the Super Bowl LIV of an estimated duration of 30 seconds to 1 minute. Over the idea of this new ad campaign, Chris Evans raves out a single sentence tweet as reply stating “This dude is killing it”.

Adding to the ad of Mint Mobile in NY times Ryan Wrote “On Sunday, some companies will spend over 5 million dollars on advertising over a game so expensive. I can’t even mention its name lest we summon its army of lawyers. As the new owner of Mint Mobile, that’s a hard number.

Mint offers premium wireless services for just 15 dollars for a month. We could give away over 3,00,000 months of free services and still save money. And that’s exactly what we are going to do. Sign up for Mint Mobile after kick-off and before the final whistle and get three months of Mint Mobile service free.”

This dude is killing it https://t.co/uJxhEdDw7q

Watch the full video attached below: