Chris Hemsworth aka the God of Thunder / Thor just welcomed Shang- Chi to the Marvel Cinematic Universe in his new social media post.
Chris Hemsworth wrote ” Welcome to the MCU Shang-Chi! Can’t wait to see this. It’s going to be epic! Out September 3rd,” in a clear support of the film.

Shang- Chi and the Legend of the Ten Rings just had its big premiere, and the first important reactions from the screening have made their way online.
The very final stretches of marketing and promotion are now underway and it looks like other Marvel Studios stars are pitching in and doing their part to promote the film.

Welcome to the MCU Shang-Chi! Can’t wait to see this. It’s going to be epic! Out September 3rd #ShangChi @marvelstudios https://t.co/CSa8KSmjQs

If you check the replies to the above tweet, Shang- Chi star Simu Liu has given his own humorous response to being welcomed into the MCU by none other than Thor himself.

This is undoubtedly Simu Liu’s moment to shine as the actor went from his own lows aka from tweeting at Marvel about a possible movie role to his highs aka getting such an important role and being in the worldwide spotlight as the first new hero to debut in Phase 4 of the MCU.

During the red carpet premiere of Shang- Chi and the Legend of the Ten Rings, Simu Liu made sure that he let the world know that he’s ready for Marvel’s first Asian led film and to change the world. Liu told the reporters that ” I just wanted people to know how fired up I am for this movie” and further added, “I mean it’s been a tough, tough time for everybody and I think sometimes it’s just so important to get that messaging through. It’s emotional. It’s raw. It just shows the world how much I and we all believe in this movie and how incredible it’s going to be.”

For those who don’t know, apart from being active social media promoter for Shang- Chi, Simu Liu has been a vocal proponent of the Asian community and the need for representation in entertainment.
Disney CEO  Bob Chapek referred to Shang-Chi’s theatrical release as an “interesting experiment” ; Liu reacted to the same sternly saying, “We are not an experiment. We are the underdog; the underestimated. We are the ceiling-breakers. We are the celebration of culture and joy that will persevere after an embattled year. We are the surprise. I’m fired the f**k up to make history on September 3rd; JOIN US.” 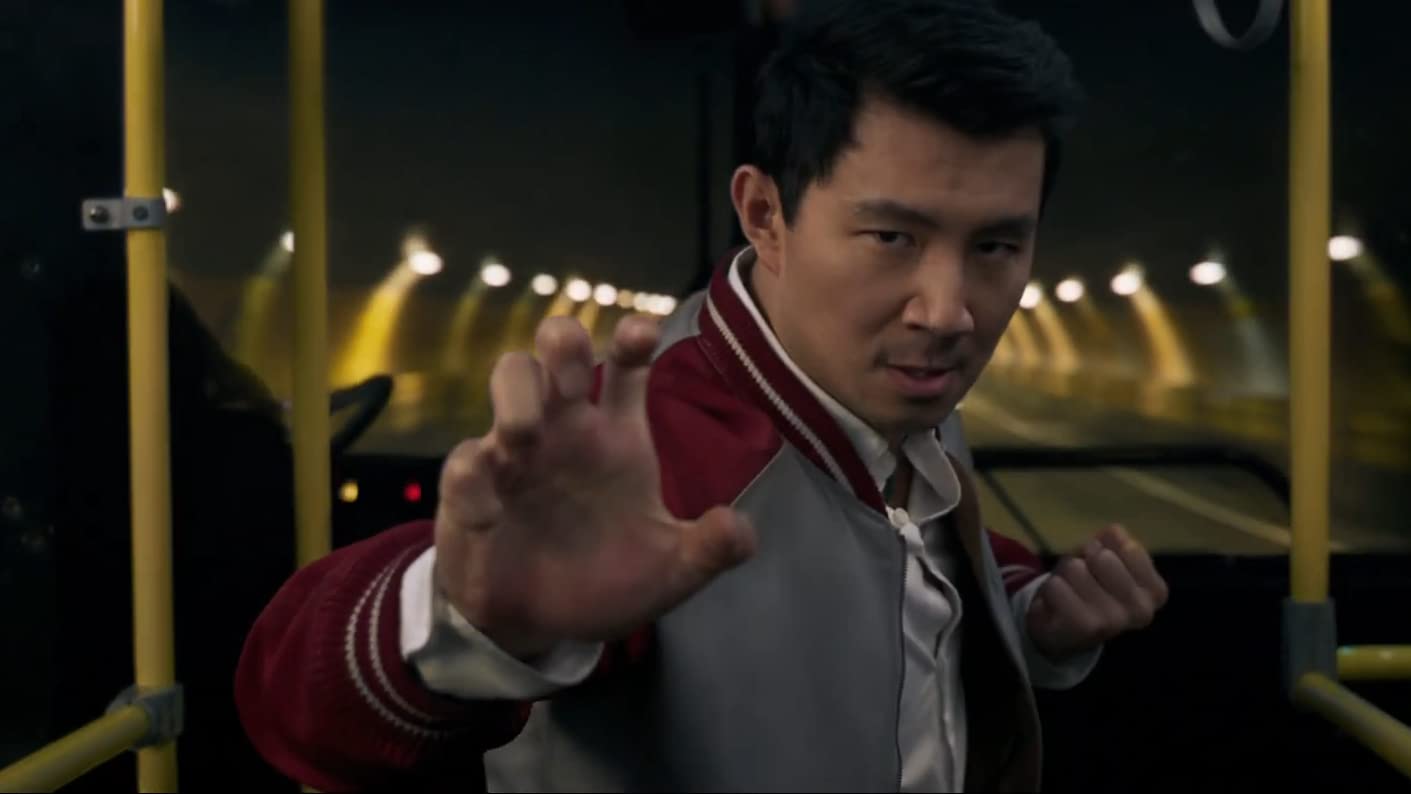 And it was high-time that Marvel introduced the Asian superhero.
And seeing Chris Hemsworth come in support of Simu Liu even without seeing Shang- Chi just shows what a great person he is; let alone a great celebrity figure.

If Thor says that without watching the film, it sure is doing to be BOMB Film!
We can’t watch it!