The acclaimed YouTube Original Series wiggled its way to Netflix. Cobra Kai Season 1 and Season 2 have been receiving rave reviews. The second season finale has paved the way for an explosive third season. Coming to Netflix on the first month of 2021, expectations run high for the show to deliver. Up until now, Cobra Kai has done a splendid job at incorporating major references to the original Karate Kid franchise. 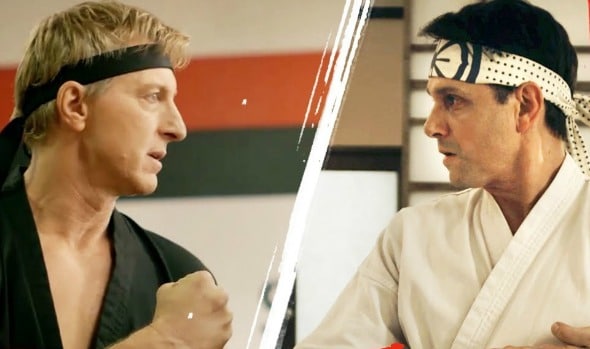 Everything we saw in Cobra kai until now is basically nostalgic fan service. The story is a continuation of the story of Daniel LaRusso and Johnny Lawrence, eternal rivals and the lead characters of the show. Cobra Kai Season 1 and season 2 came loaded with major Easter eggs, many of them going completely unnoticed by viewers and fans. Created by self-acclaimed Karate Kid Super-Fans – Hayden Schlossberg, Josh Heald, and Jon Hurwitz, Cobra Kai was started out as a homage to the wildly entertaining martial arts movie. 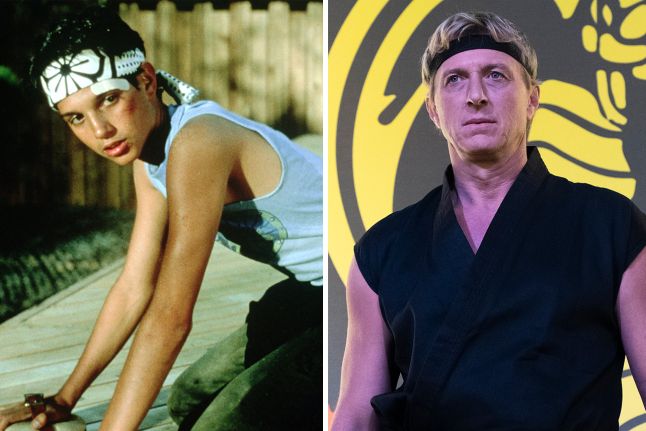 A lot of stuff has happened in the series till now. Johnny Lawrence restarted Cobra Kai, rekindling the rivalry with Daniel LaRusso. The latter started his own Dojo to compete with Cobra Kai. It was only natural that one day both the rival Dojos clashed one day. It finally happened in the second season finale. Things would never be the same again in Cobra Kai Season 3. The writers of cobra Kai have jam-packed the show with a flurry of Easter Eggs and references. It’s time for pointing these callbacks to some memorable Karate kid moments out.

The All Valley Fight 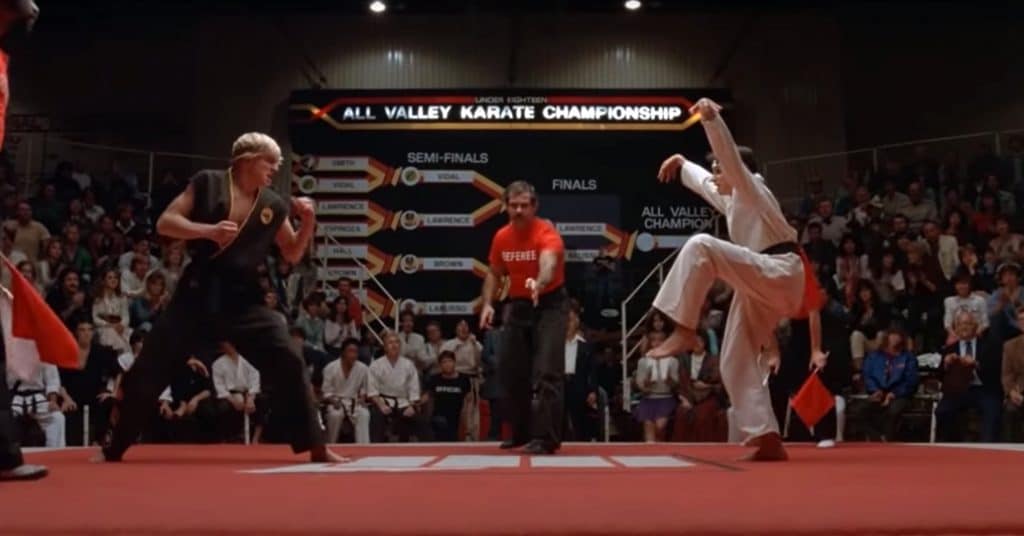 This moment was the ignition point of the newfound rivalry between Lawrence and LaRusso. The very first episode of Cobra Kai Season 1 begins with a flashback that takes us to memorable times. The flashback takes us to the iconic All Valley Karate Tournament. What’s unusual about this scene is that the flashbacks actually used brand new footage. The footage you see in this episode are unused shots from the original 1984 movie. So there’s something you probably missed. It’s surprising the studio even had that footage to begin with. 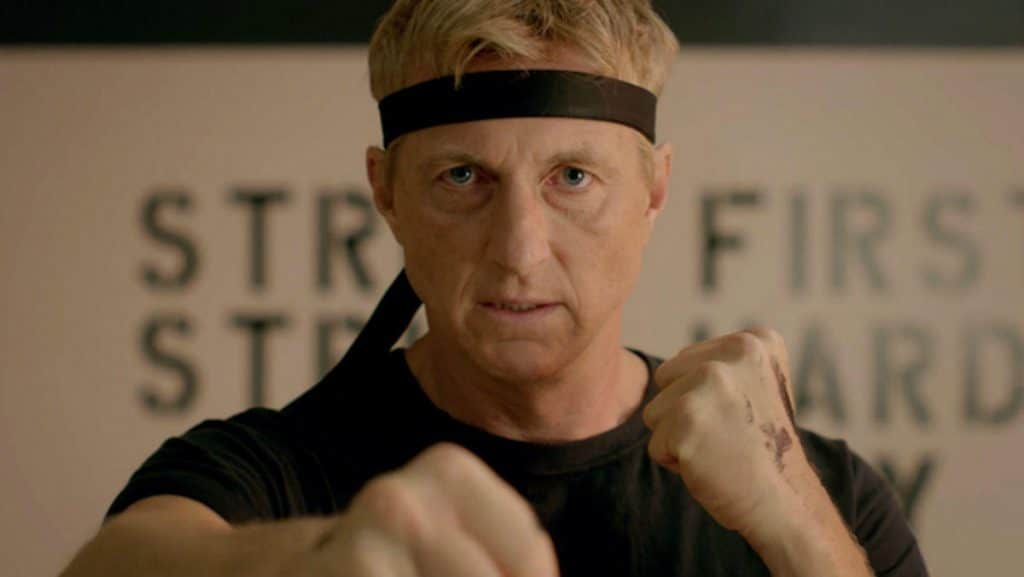 The Story – Jon Hurwitz, Co-Creator of Cobra Kai claims that he had to pull a lot of strings to get his hands on that footage. When he called up Sony, the studio claimed the footage still existed but it was buried deep in salt mines far away. A few months later, Sony mailed all those unused goodies and the footage was still untampered. Hurwitz decided to show the scenes from Johnny Lawrence’s perspective. the reason was that they wanted to make his character relatable. And it worked like a charm.

That is the episode title for the first episode of season 1. But it was not a randomly selected title. It’s actually a line from The Karate Kid movie.

The Story – Josh Heald says they looked up to some great TV Shows for inspiration. Breaking Bad and The Sopranos had their episode titles released a week before the episode aired. Ace Degenerate was a term coined to describe Johnny Lawrence in the 1984 movie. Although he did his best to get out of that stereotype, further into the movie his actions only ensured that name stuck to him like gum on hair. 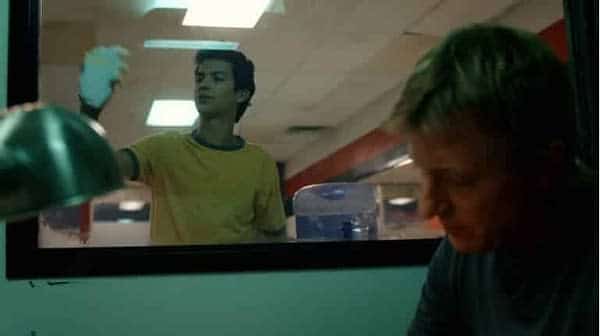 In episode 2 of the series, we see Miguel ask Johnny whether he wants him to wax the windows in a specific manner. Johnny Lawrence says “I don’t give a sh*t”.

The Story – In The Karate Kid, Mr. Miyagi makes Daniel paint the fences in a particular way. These menial techniques teach Daniel the muscle memory required for him to learn advanced moves. Johnny Lawrence couldn’t give a lesser damn. His teaching technique is more on the spot, spontaneous and conventional. That was the moment we knew something really cool is about to happen later on. This was not going to be your typical fan servicing series.

How Are Those Knuckles Doing? 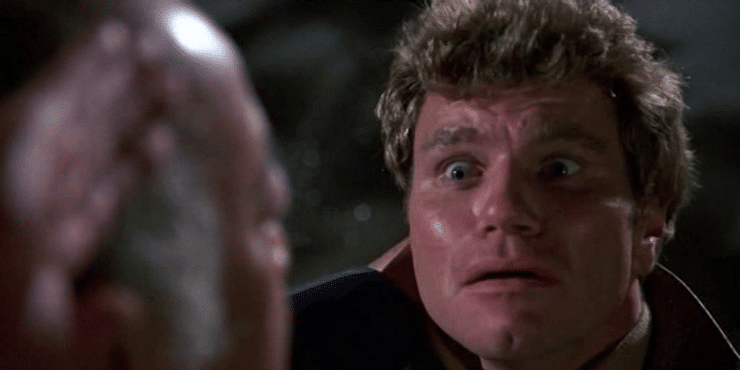 Daniel LaRusso meets John kreese for the first time in decades. And he asks Kreese whether his knuckles are doing fine.

The Story – This is a clear reference to the fight between Mr. Miyagi and John Kreese in The Karate Kid Part II. John Kreese takes a swing at Miyagi and misses. Instead he hits the window of a car, the glass shattering in the process. The glass shards grievously injure Kreese’s hand leaving him with bloody knuckles. Knuckles are used as a reference throughout the show. in Cobra kai dojo, if you screw up, you do push-ups on your knuckles. 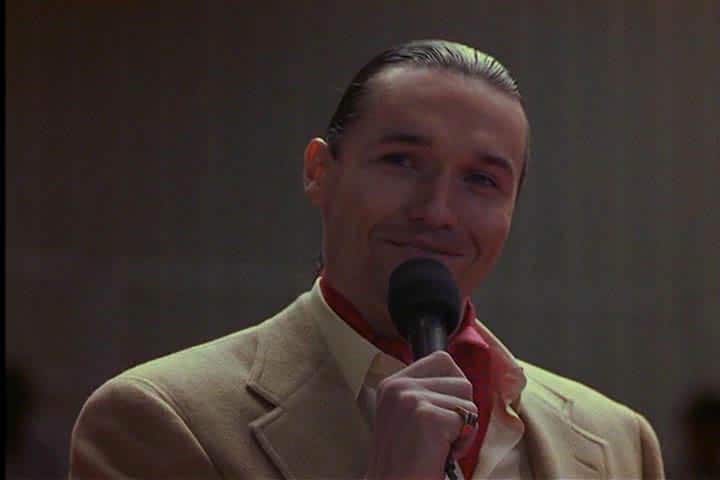 In Cobra Kai Season 2, John Kreese explains his disappearance to Lawrence in the diner. He says one of his war buddies offered him a job. that is a sly reference to The Karate Kid Part III. Kreese was talkin about Terry Silver.

The Story – In The Karate Kid Part III, John Kreese joins forces with Terry Silver, one of his friends from the army and now a toxic waste tycoon. Silver was a menacing character who also happens to be a Vietnam veteran. He was one of the two antagonists in the third Karate Kid movie. Terry Silver once gave Daniel bloody knuckles to exact revenge on him for the sake of John Kreese. Weirdly bloody knuckles are a running gag throughout the two seasons of Cobra Kai. 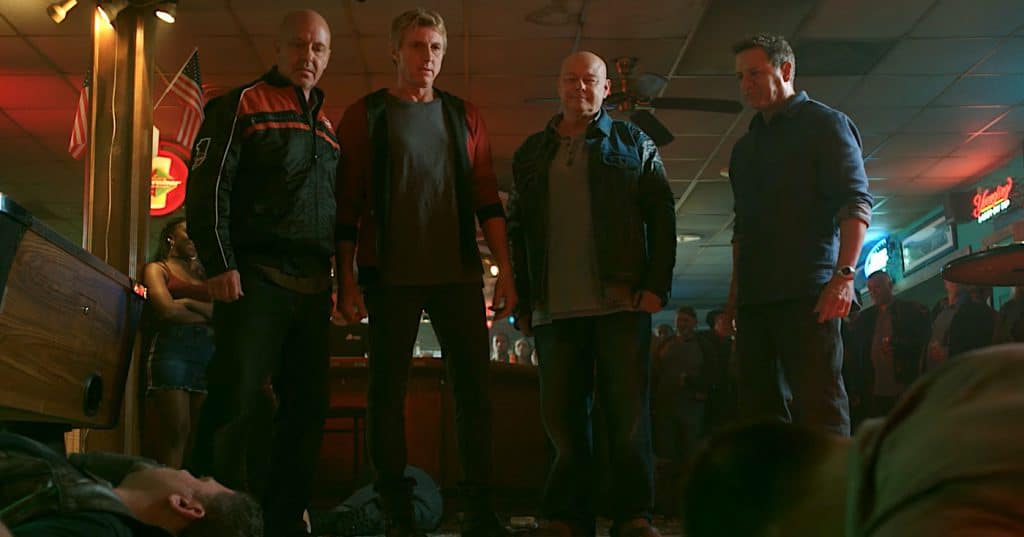 Fans were left stunned when Johnny Lawrence gets a call from Bobby, his old pal from the original movie. They get together in a hospital, where a terminally ill Tommy in his last legs. They decide to go for a bike ride together for one final time. 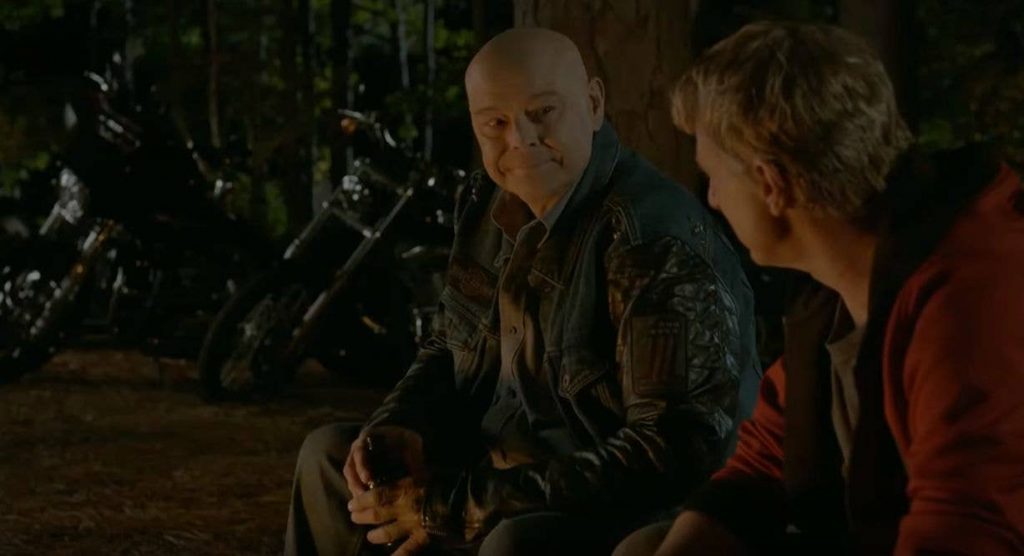 The Story – Josh Heald states they always wanted to explore a little bit of Johnny Lawrence’s traumatic past, before he ‘Sensei-ed’ up. It was an amazing experience to bring back Ron Thomas, Tony O’Dell, and Rob Garrison from The Karate Kid universe into Cobra Kai. As they rode their bikes, drank beer, got into a bar-fight, and reminisced old memories, it was hard to tell whether they were acting or actually connecting with old friends. Rob Garrison struck a chord with the crew. He was so thrilled to play Tommy that he even mailed Josh Heald and said “I’m so grateful and feel alive again.” Garrison passed away less than a year after filing his last scene in Cobra Kai.