If you are a fan of The Karate Kid and Cobra Kai, you have been waiting for over a year to feast your eyes on Cobra Kai Season 3. Cobra Kai Season 3 was set for release on the Spring of 2020. Unfortunately when the series transitioned from YouTube to Netflix, its release date was delayed till next year. Multiple Cliffhangers  were what we were left with when Season 2 ended. There were so many twists and turns. Fans needed to know what happens next. 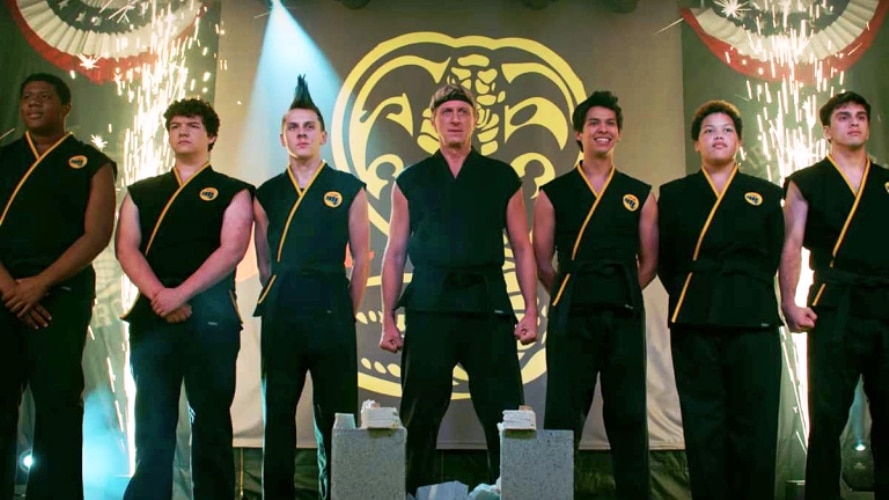 But fortunately, we won’t have to wait for long for Cobra Kai Season 3. The wait is finally over. Many new characters will be entering the series while many unanswered questions will finally be answered.  From release date to possible plot details, here’s what we know so far about Cobra Kai Season 3.

The Story Till Now 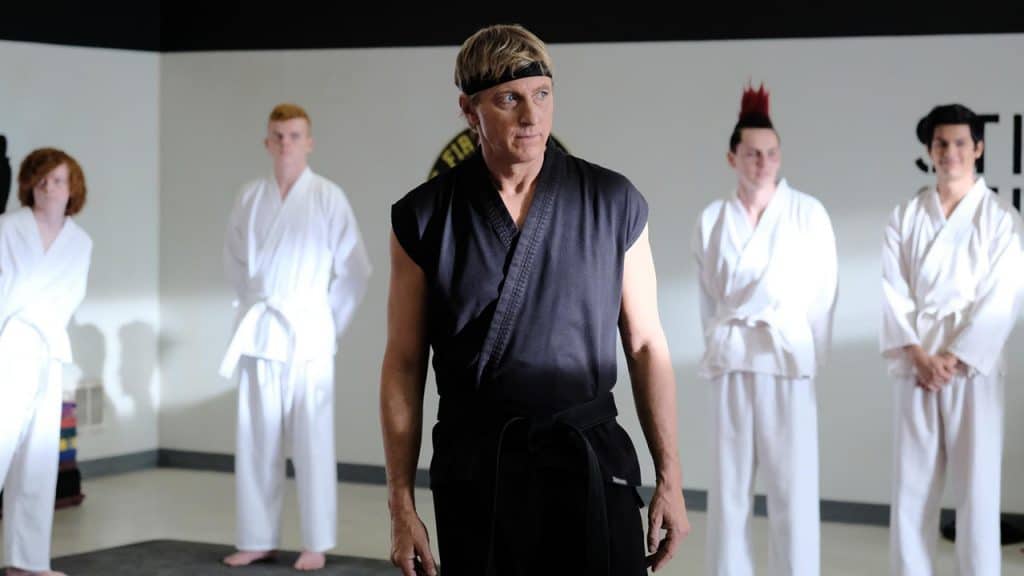 The battle royale that engulfed the whole school left Miguel in a coma with multiple fractures. Johnny and Daniel are currently out of bounds, with none of them in control of their dojo anymore. John Kreese has taken over Cobra Kai, with his toxic method of combat poisoning Johnny Lawrence’s former students. Ali Mills, the high school love interest of Johnny and Daniel, sent Johnny a friend request at the very end of season 2. Considering she is a pediatric surgeon, it is speculated she will help in Miguel’s recovery.

Show creator David Schlossberg has confirmed at least three characters are slated to die in Cobra Kai Season 3. The deaths, if you ask us, will be contained to adult characters. Miguel is going to survive. 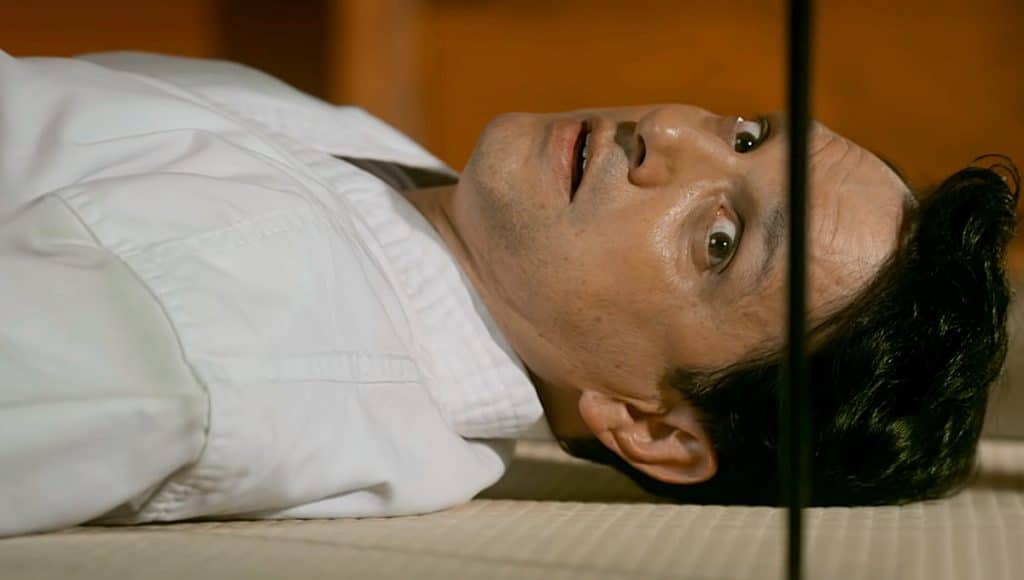 The full trailer for Cobra Kai Season 3 has not been released yet. Netflix released a trailer that contained a few new sequences from the third season combined with bits and pieces from the original movies and the series. The new scenes show Daniel LaRusso in Okinawa, uncovering some deep and dark secrets Mr. Miyagi hid from him. An unseen figure holding a Sai is shown pinning him down.

Netflix recently released a trailer announcement teaser for Cobra Kai Season 3. The new teaser shows many new scenes like Johnny Behind bars, a bloody and battered John Kreese, Daniel – broken and distraught, an up and healthy Tory, Hawk with a crazed look, and Robby in a juvenile detention center. The trailer ends with Miguel waking up from his coma. 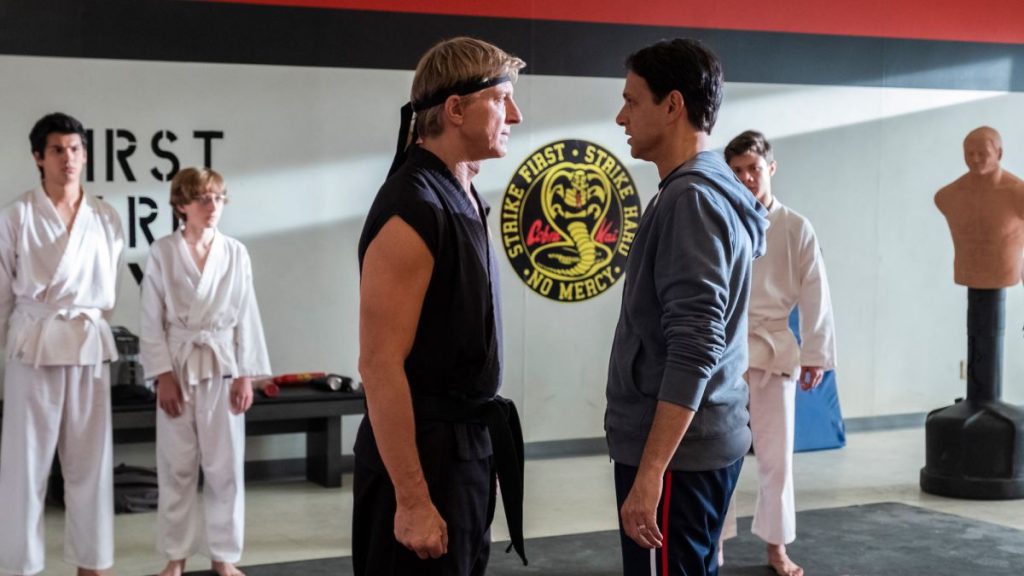 The Release Date for Cobra Kai Season 3 is January 8, 2021, available to stream exclusively on Netflix. The original release date for the show was April 2020 but that changed with the series changing platforms from YouTube to Netflix. Shooting for the third season wrapped in late 2019. Post Production ended before the lockdown was initiated in early 2020. Netflix has already green-lit plans for Cobra Kai Season 4. Season 1 and Season 2 of Cobra Kai are available to stream on Netflix. 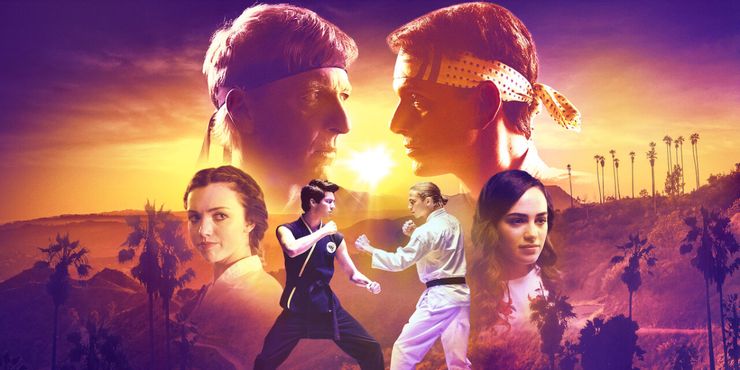