A new Eternals movie trailer has been released by Marvel Studios. The Eternals, which was officially revealed at the 2019 San Diego Comic-Con, is the next Marvel Cinematic Universe film to be released following Shang-Chi and the Legend of the Ten Rings, and the third in Phase 4. The titular superhero team is made up of aliens that have been residing on Earth in secret for hundreds of years. Set after the events of Avengers: Endgame, Eternals follows the superheroes as they battle the terrible beings known as Deviants after Iron Man died and Steve Rogers resigned as Captain America. Eternals, directed by Oscar winner Chloé Zhao, features an ensemble cast brimming with A-list talent. At SDCC 2019, Salma Hayek as Ajak, Angelina Jolie as Thena, Richard Madden as Ikaris, Kumail Nanjiani as Kingo, Brian Tyree Henry as Phastos, Lauren Ridloff as Makkari, Don Lee as Gilgamesh, and Lia McHugh as Sprite were announced as part of the cast, while Kit Harington as Dane Whitman, Gemma Chan as Ser With so much talent in the Eternals movie cast and behind the scenes with Zhao at the helm, the MCU picture is eagerly anticipated, despite the fact that the film introduces a completely new cast of characters. 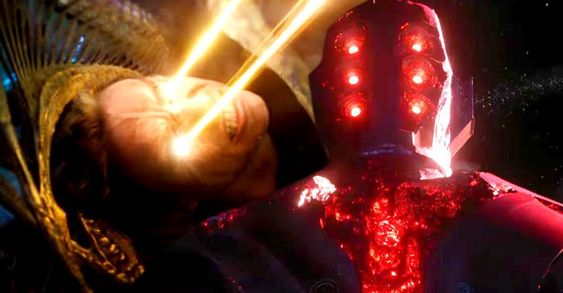 A new Eternals teaser, published by Marvel Studios, provides a new look at the forthcoming MCU entry. The teaser explains why the Eternals didn’t battle Thanos in Avengers: Infinity War or Endgame, with Chan’s Sersi saying that they were told not to become involved in any human war unless the Deviants were present. Dane Whitman calls this logic into doubt, questioning who gave them that order. The trailer then switches to Eson the Searcher, a member of the Celestials from Marvel Comics, who appears to have given the order. The Eternals teaser also shows a Deviant clutching Thena and telling her she can’t protect any of the humans. Thus, The Eternals movie trailer is included below.

Overall, the teaser provides some answers to viewers’ doubts about the Eternals, notably why, after 7,000 years of safeguarding humanity, they never assisted the Avengers in any of the superhero team’s numerous efforts to rescue the planet. While the explanation that they were instructed not to may be unsatisfactory for some, it may be the most logical. Furthermore, as the Eternals trailer indicates, there may be more to the riddle of why they were given that command in the first place. It’s possible that Eson the Searcher has anything to do with it. The Celestial was originally shown in Guardians of the Galaxy as a creature who held the Power Stone, and in the comics, he was a member of the first party to visit Earth. It’s possible that Eson has something to do with the Eternals’ presence on Earth, although what exactly that is remains to be revealed. 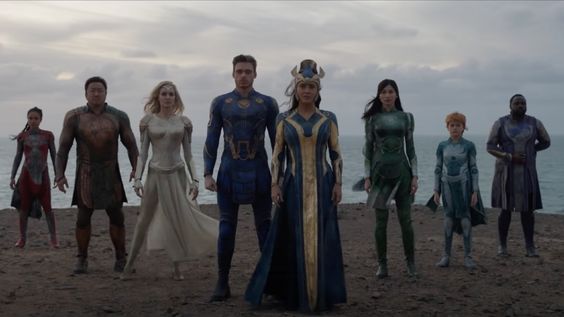 In terms of the film’s primary struggle, Hayek’s Ajak mentions the emergence being sparked by the snap in Endgame that brought back half the people. Though it’s unknown what the emergence is, it’s evident that it means Earth’s demise. McHugh’s Sprite subsequently makes a remark regarding the end of the world, implying that the stakes are high for the Eternals. Despite these hazy narrative clues and the trailer confirming that the Eternals team would be meeting for the first time in a long time, nothing is known about the film’s main plot. The Eternals’ premise and plot may be teased more in future Marvel movie teasers and TV commercials, but given the secrecy surrounding all MCU films, this may be the most the studio will divulge before the picture hits cinemas. That is, of course, assuming Eternals are still only available in cinemas.