Milan Residents will not be permitted to attend the Italian Cup semifinal match, which will be held between Juventus and AC Milan at Allianz Stadium in Turin on Wednesday.

The rule is framed as part of precautions being taken against the spread of Coronavirus. Coronavirus is affecting lives in how nobody would have thought of. From a ban on the free movement of people from one place to another to ban on people being spectators is just the right example.

The Match and Ban

The Ban has been imposed on the residents of the regions of Lombardy, for attending the second leg of the semifinals. The district covers Milan, Emilia Romagna, and Veneto. Also, the provinces of Pesaro, Urbino, and Savona are included, – the COVID-19 virus hardest hits these areas.

Juventus had announced on Monday stating the fans to show up early so that their identification cards could be carefully checked.

The Banned Area and Other Parts

No such ban has been imposed till now in the place for the other semifinal matches between the team Napoli and Inter Milan which will be held at San Paolo Stadium in southern Italy.

In Italy, a total of 10 Serie A matches have been postponed over the period of the past two weekends, the reason being coronavirus. Lombardy is facing the ban imposed because of being the epicenter of Italy’s outbreak. The area registered the first positive test of the northern cluster and currently holds 984 of Italy’s 1,694 cases.

The German media reported a local soccer fan being suspected of infecting people in Salzburg with the virus while he was traveling there for the Europa League. In the Czech Republic, an announcement has been made by the International Biathlon Union that a World Cup will take place without spectators. The races would likely have attracted 100,000 people. Also in Switzerland, the federal government has prohibited events, and the ice hockey league has suspended play for two weeks.

The cases and effects are many, globally. Hope the chaos will end soon and may the effect be blessed!

Do you know the History of Morbius- the Living Vampire? Watch to find out. 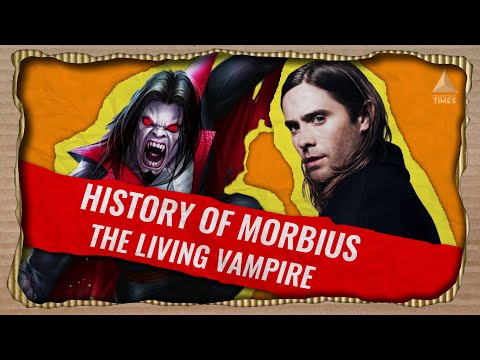