“Crisis on Infinite Earth” was one on the lookout for in 2019 for the DC fans. The five-episode series had a crossover of DC characters, and the big-time reunion with Smallville created a fanbase controversy, specifically the Smallville fans. The batwoman episode involved  Smallville‘s Tom Welling and Erica Durance. Welling and Durance had played Clark Kent and Lois Lane on the series. But their appearance here was quite a surprise in regards to the characters played, and the Smallville fandom didn’t welcome this. A lot of thoughts regarding the unanticipated surprise was seen throughout social media.

In the episode, Iris, Earth-38’s Clark Kent, and Lois travel through the multiverse looking for Clark Kent as he would be one of the seven Paragons. The trio then arrives at Smallville, where Clark is seen running his family’s farm. The group approaches him and enquires if he is Clark Kent before they were chased away by the Kryptonite-wielding Lex Luthor, who is on a mission to kill Superman through the multiverse using the book of destiny.

Clark then goes on to reveal that he traded his superhuman powers to have an ordinary life at the farm with his family rendering him no longer being affected by the Kryptonite. The story then goes on to show Clark fighting with Lex before dissapearing just before Lois Lane comes out of the house.

Despite the massive anticipation of Superman or rather, the ordinary Clark Kent appear on the show with no superpowers gave the Smallville fandom a scare. The crossover of Clark Kent and Arrowerse was something fans all around the world had looked forward to, but the entire fandom never thought their favorite character would no longer have any powers that he was also known for. 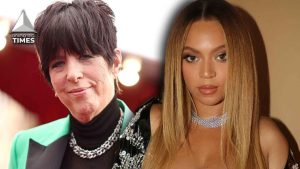