All Arrowverse fans have been pumped up since last month for the much anticipated appearance of Batwoman on CW’s Arrowverse. So for all those fans, we’ve got some good news: a production start date of the show has been revealed.

Just like Barry Allen, Batwoman aka Kate Kane will make her first appearance on CW’s Arrow before fighting crime in her own spin off show. We don’t know who will be playing the role yet but a latest rumor has revealed the filming commencement dates. 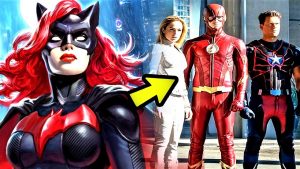 According to a report by Geeks Worldwide, Batwoman would begin filming as early as next Spring though CW is yet to confirm the production commencement date. If Batwoman begins filming next year, it might make 2019 an even more memorable year for fans. Apart from Batwoman, DC will also come up with their own online streaming network shows like Doom Patrol, Swamp Thing and Harley Quinn in 2019.

Are you excited for Batwoman? Let us know which actress will be perfect to play the role in the comments below.