With Hulu releasing the Helstrom trailer, a new superhero is entering the Marvel Universe’s fray.

Who is Daimon Helstrom?

Where did he come from?

Why is he here?

All questions will be answered.

Here are some facts about Daimon Helstrom you should be aware of before the Hulu Series hits on the 16th of October.

He is the Son of Satan 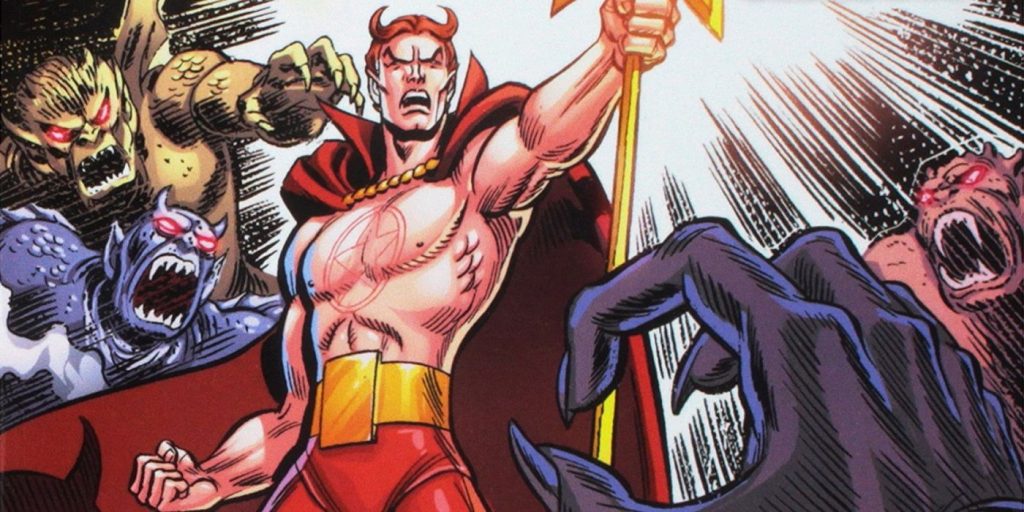 In the Marvel Comic Book Universe, Hell is not a single dimension.

It is a mesh of parallel realms existing simultaneously, connected via a labyrinthine supernatural network.

Only demons have the knowledge to traverse from one realm of hell to another, each realm having its respective Lord of Hell that rules over that dimension.

One such Lord of Hell was Marduk Kurios, the being also known as Satan.

He descended to Earth and seduced a woman by the name of Victoria Helstrom. Victoria came from a long line of satanic worshippers and her family had offered her to Satan as a sacrifice.

Daimon is the result of the machinations of a Satanic cult trying to create a half-demon offspring that has the power to bend the world to his will.

Also Read: 10 X-Men Who Would Be A Perfect Fit For The Green Lantern Corps

The ability of time travel is only available to the greatest of sorcerers and inventors in the Marvel Universe.

No ordinary man or creature is given the gift to meddle with time. Daimon Helstrom has shown the power to travel across time on numerous occasions.

When he annexed the dominion of Hell, his temporal powers increased to the point he could speed up or slow down time within a localized field.

While trying to fight a vampire, Daimon summoned his time manipulation powers to bring sunlight.

He has also used his powers to travel to ancient historical events, changing the course of time forever. 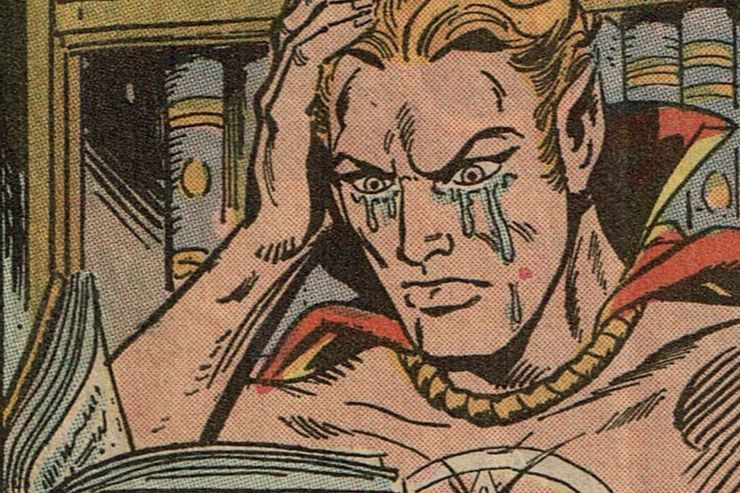 Daimon tried to reject his heritage ever since he was a child. All he ever wanted was to do good. He did not want to become his father.

So in order to choose a path of righteousness, he decided to become a priest.

After growing up in a religious monastery after the death of his mother, a group of priests took Daimon Helstrom under their wings.

He would have almost succumbed to the allure of a Holy Path had he not discovered his mother’s lineage.

Realizing his violent tendencies were because it was his destiny, Daimon adopted a new path.

Member of the Defenders 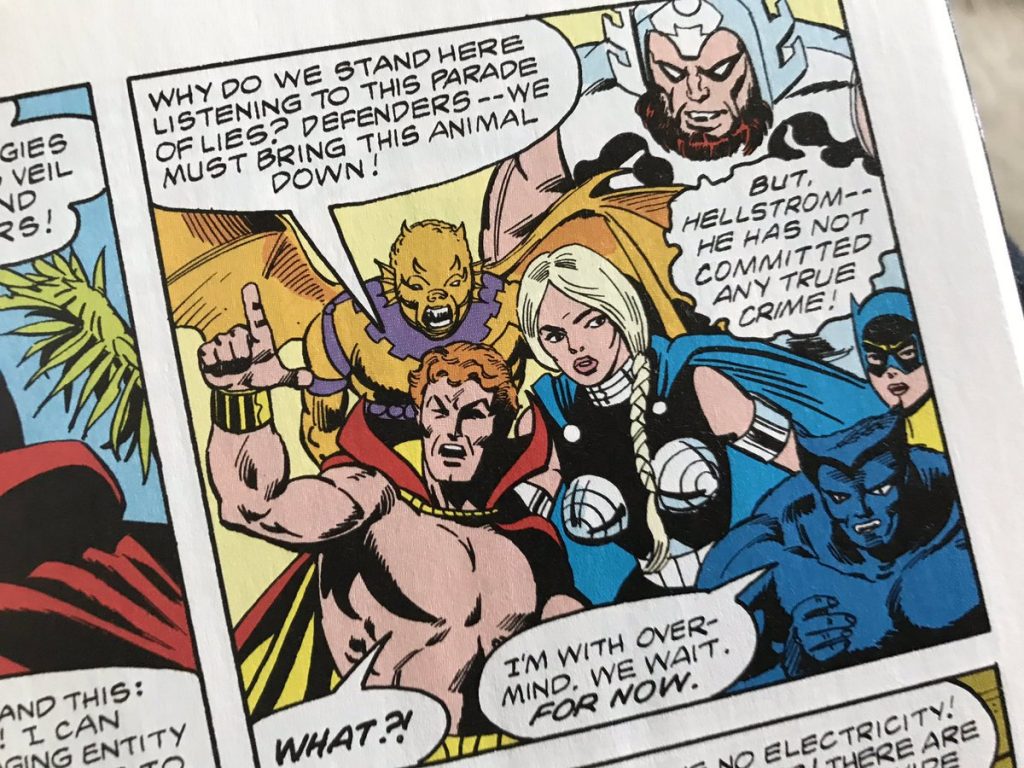 Daimon Helstrom is a fairly popular character in comic books.

He has had the chance of teaming up with popular heroes like the Fantastic Four and the Avengers.

Helstrom has been a long time member of the superhero team the Defenders. Helstrom met the superheroes while battling the demonic Satannish and Asmodeus.

After the villainous duo was defeated, his knowledge of the dark arts and the occult allowed him to be granted a place within the superhero team.

After Helstrom’s solo issues were canceled, he remained a notorious member of the superhero team.

The team was also seen with Helstrom as a member during the Fifty States Initiative’s attempt to take down the Six-Fingered Hand. It is also where he met his future wife.

You May Also Like: Ranked: 10 Marvel Characters Who Deserve an R-Rated Movie

Patsy Walker aka Hellcat was a woman who died, was sent to hell, and then resurrected again.

As a result of her experience in hell, she has what her peers called a ‘Demonic Sight’. This ability allows her to sense mystical phenomena like the dark arts and magic.

Hellcat has been a long time member of the Defenders squad. This is where he also met Daimon Helstrom. Both Patsy and Helstrom fell in love with each other and then got married. 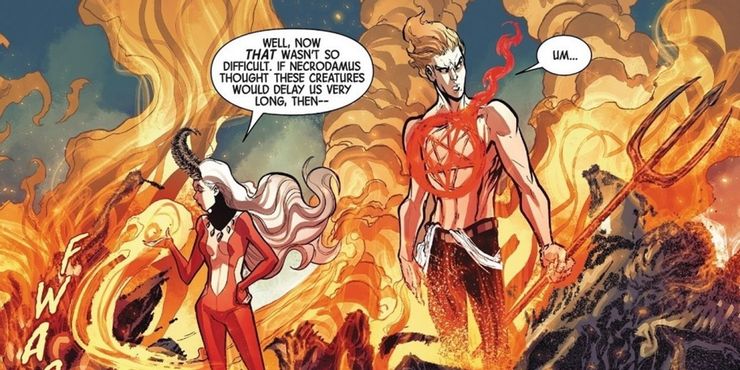 When you hail from a family boasting the blood of a Hell Lord, things can be a little complicated.

After Satan impregnated Victoria Helstrom, she gave birth to Daimon Helstrom. Satan was not pleased with his new offspring. Victoria and Satan had another child.

Satana was for more sinister than Daimon. She was accepting of her heritage and was very passionate about learning the dark arcane arts.

As a result, Satan took Satana with him while he left Daimon in an orphanage. Satana later became a deadly succubus and had control over a powerful demon called Basilisk.

She would regularly venture down to Earth and collect souls for her father. Eventually, she would get tired of constantly proving her loyalty to her father and later absconded from her duties.

One of Marvel’s Most Powerful Sorcerers 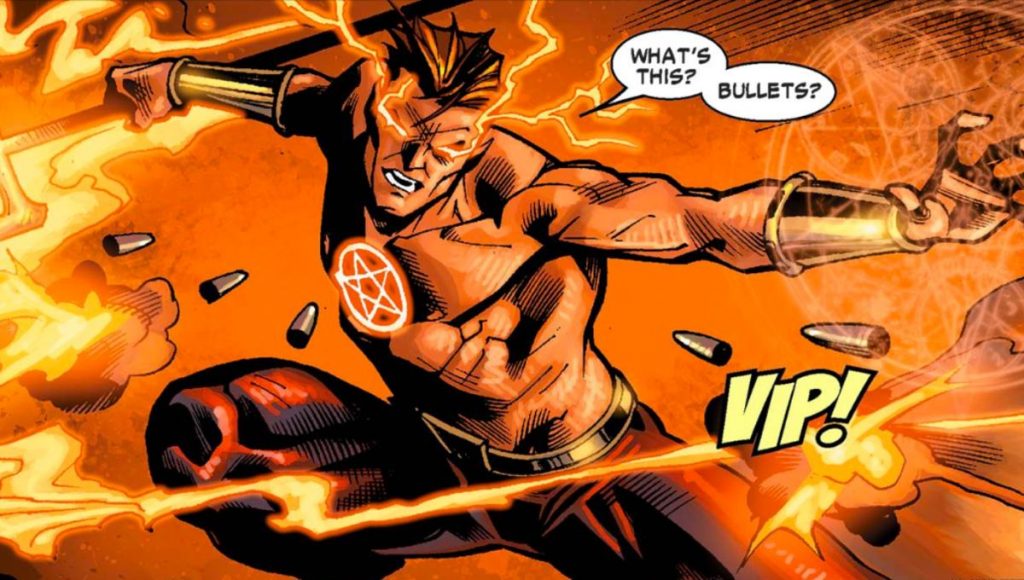 Daimon Helstrom possesses the blood of a demon lord. As a result of such a potent supernatural connection, he is capable of wondrous feats of magic that could never be performed by regular mages and sorcerers.

His strength is second only to a few sorcerers like Doctor Strange. Doctor Strange once even seriously considered Daimon Helstrom to become the new Sorcerer Supreme of Earth.

The Darksoul can heal Helstrom of any injuries, give him access to vast reservoirs of magical energy, and gift him superhuman physical attributes.

Ruler of the Hell Dimension 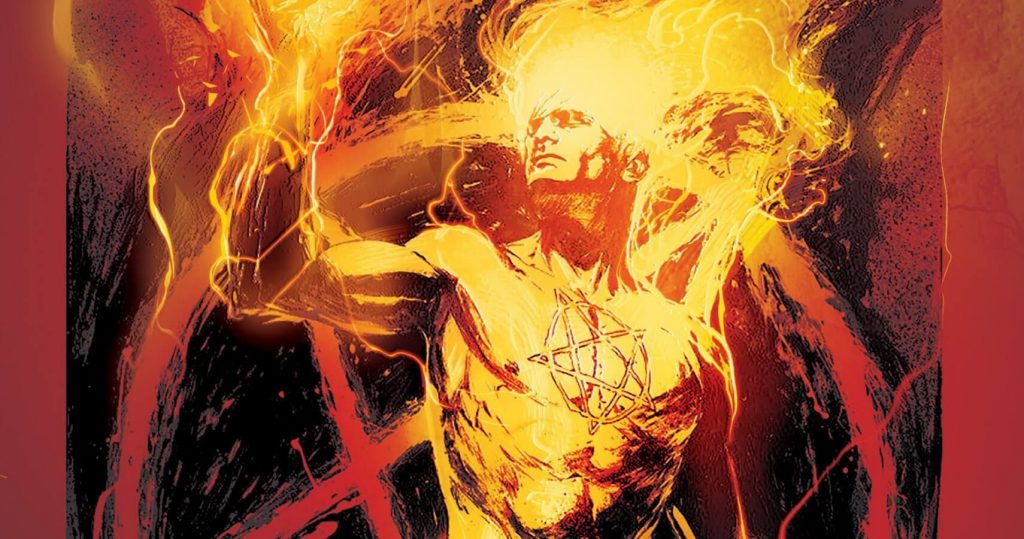 Spending years to get into Hell, his first attempt to kill his father and take over the throne failed.

He did manage to steal his Trident, his enchanted three horsed chariot, and turn many of his demonic followers against him. The second attempt he made was successful.

Nekra, Gargoyle, Gabriel the Devil-Hunter, and LaVoisin helped Daimon kill Satan. As a result of his efforts, Daimon was awarded the Magical Black Halo.

He has striven to maintain the peace between Heaven and Hell ever since. His status as the Lord of Hell grants him immense magical powers. His already incredible grasp of the arcane arts increased exponentially.

Related: How Marvel’s Phase 4 Will Forge a New Path for the Entire MCU 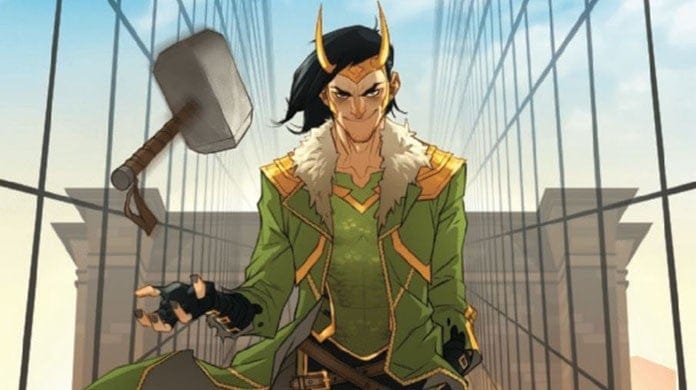 After the events of the Fear Itself story line, a lot of young children get possessed by demonic spirits and enter into a deep coma.

Helstrom takes it upon himself to travel across the world and free the children of demonic possession.

While in Krakow, Poland, Daimon Helstrom encounters Loki, now reincarnated as a young boy found within the rubbles of Dark Asgard.

Thinking that Loki is responsible for the children’s plight, Helstrom attacks him. The young Loki is devoid of any magical powers and barely survives the assault before Leah comes to intervene.

If not for Leah, Helstrom would have most likely killed Loki. 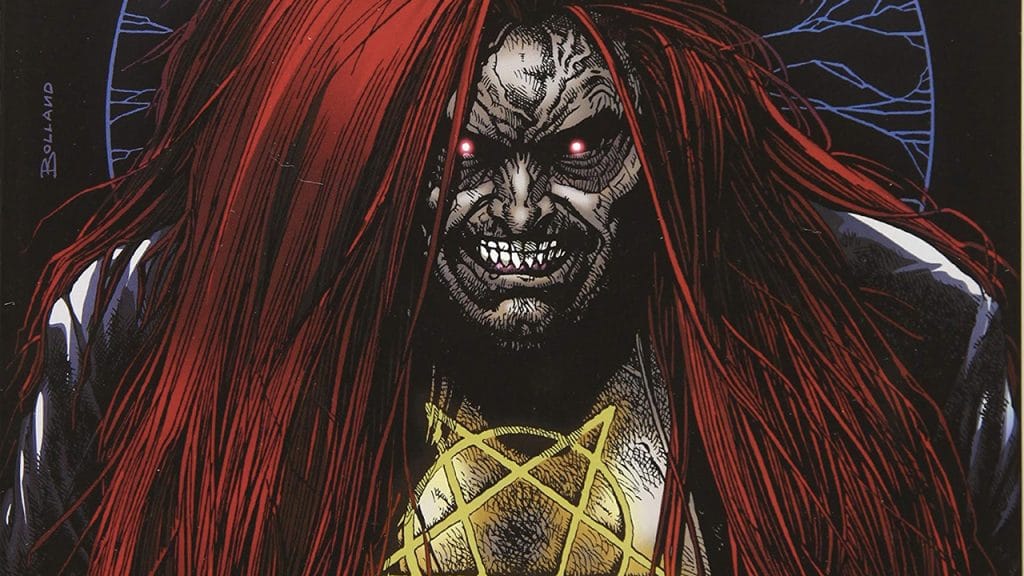 It is said that the true essence of a demon should never be seen with a naked eye. If done so, it could drive a person insane.

Daimon Helstrom was born from the seed one of the most powerful Demon Lords in existence. His satanic origins give him a truly terrifying visage.

Helstrom keeps his primordial spiritual form hidden and uses a disguise to blend in. After Hellcat summons Satan to resurrect Helstrom from the dead, she accidentally sees Daimon’s true form and is driven insane.

A similar effect drove his mother insane after she saw the true form of Satan, Daimon’s biological father.