Miles Morales is going through a lot of character development in the recent issues of Marvel Comics. After donning the red, white, and blue, Mile Morales had recently jumped into the mantle of Captain America. He will soon next be seen in Marvel’s highly anticipated upcoming arc – Dark Ages. And there, Morales goes on another ride as well just like he did with Captain America. Step aside Eddie Brock, Miles Morales is now the latest superhero to become Venom.

Marvel comics’ Dark Ages asks a very important question – “who were you when the lights went out?”. The question seems to show what happens when your favorite Marvel heroes have that ‘One Bad Day’ as the Joker put it. The heroes of Earth will rise up to the occasion and answer the challenge. The six part series will be in the very capable hands of Tom Taylor and Iban Coello. Both of them have already worked for Spider-Man and Venom. So fans expect they will do a good job here as well. 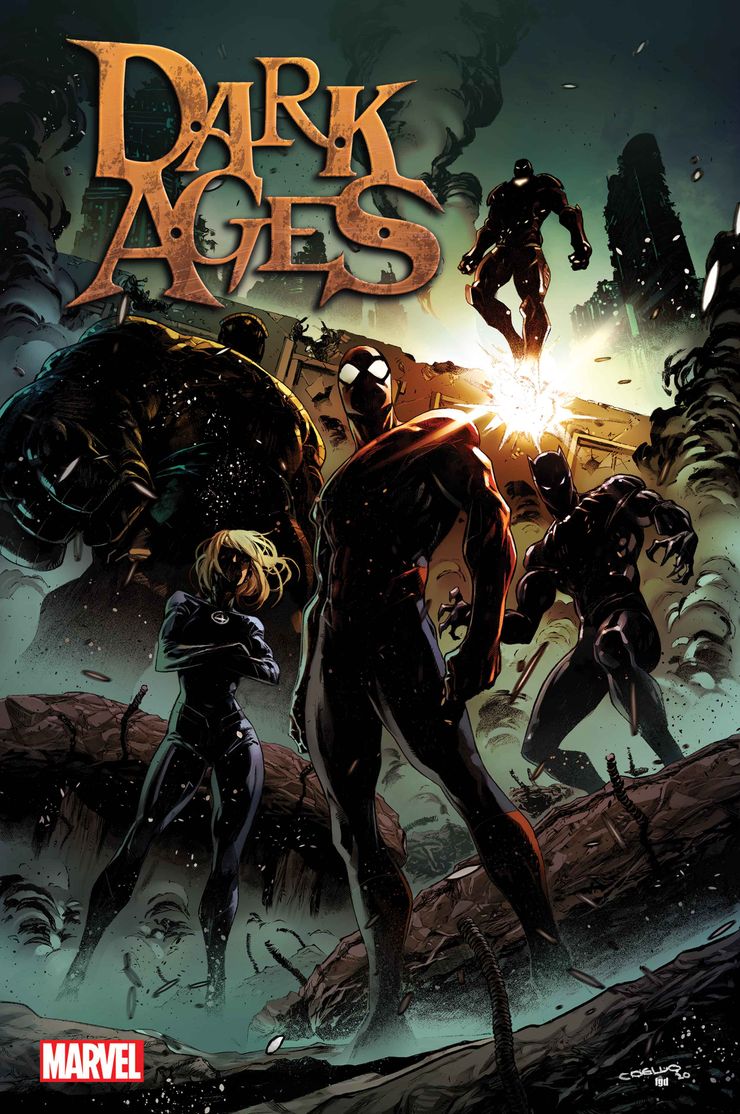 Marvel recently revealed images of the Marvel superheroes who will be appearing in the Dark Ages arc. Many of them are going for a new look, a change of style if you will. Iron Man and Spider-Man are going for new suits of armor to complement their powers and abilities. But Miles is going for something better. Instead of a powered exo-skeleton suit, Miles is going to take on the symbiote protection. While this is not the first time Marvel has made Miles don the powers of a symbiote, this is indeed the first ever time we see Miles venturing into the territory of Venom. Just look at how a Venomized Miles Morales looks like. Definitely a living nightmare!!

Dark Ages – Why You Should Be Excited! 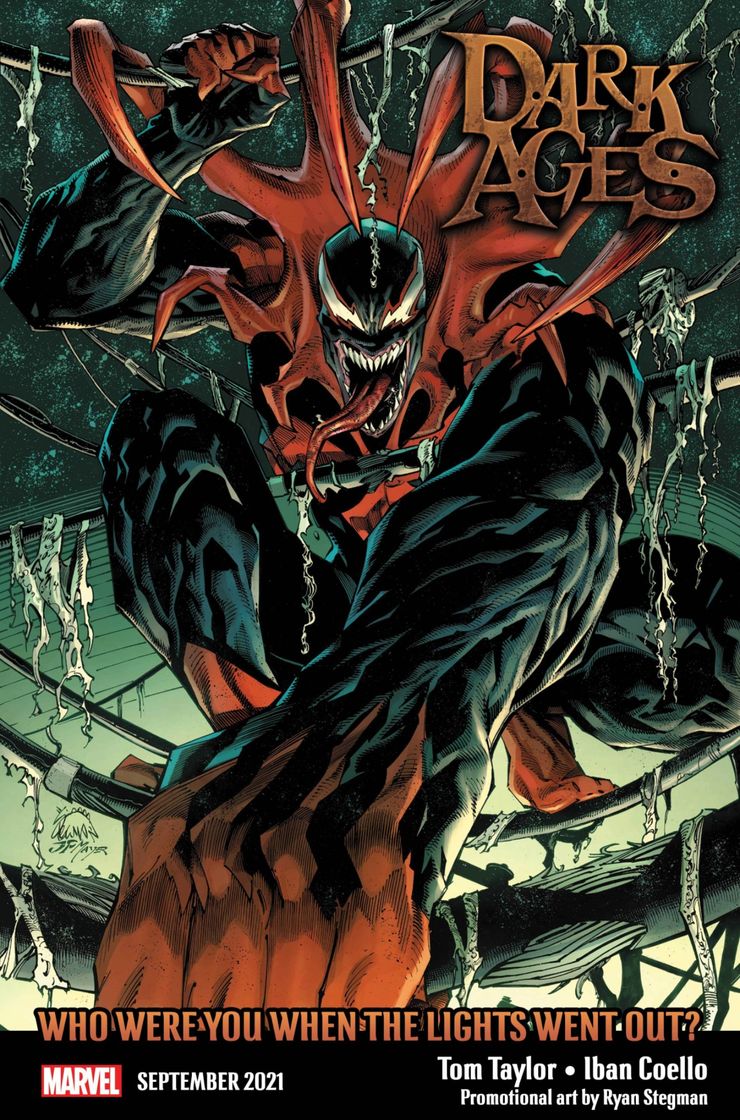 This September, New York Times best-selling writer Tom Taylor (X-MEN: RED, ALL-NEW WOLVERINE) will team up with Marvel’s Stormbreaker artist Iban Coello (VENOM, BLACK KNIGHT: CURSE OF THE EBONY BLADE) for a thrilling new vision of the Marvel Universe in DARK AGES. Last week, a series of mysterious teasers gave fans their first glimpse at what becomes of Spider-Man, Iron Man, and Miles Morales after the world descends into darkness. Now, see more of what’s in store when the lights go out forever in three new teasers that include transformations for Apocalypse and Vision as well as your first look at a strange new threat…

Miles was taken over by the Carnage symbiote during the Absolute Carnage event. He grew two extra pairs of arms, so in total he had eight limbs just like a spider. But the rest of his costume more or less stayed the same. The new suit inverts the colors, gives him a crown like appendage coming out of his neck, and eight new spider like arms in his back. His face is now completely venomized. 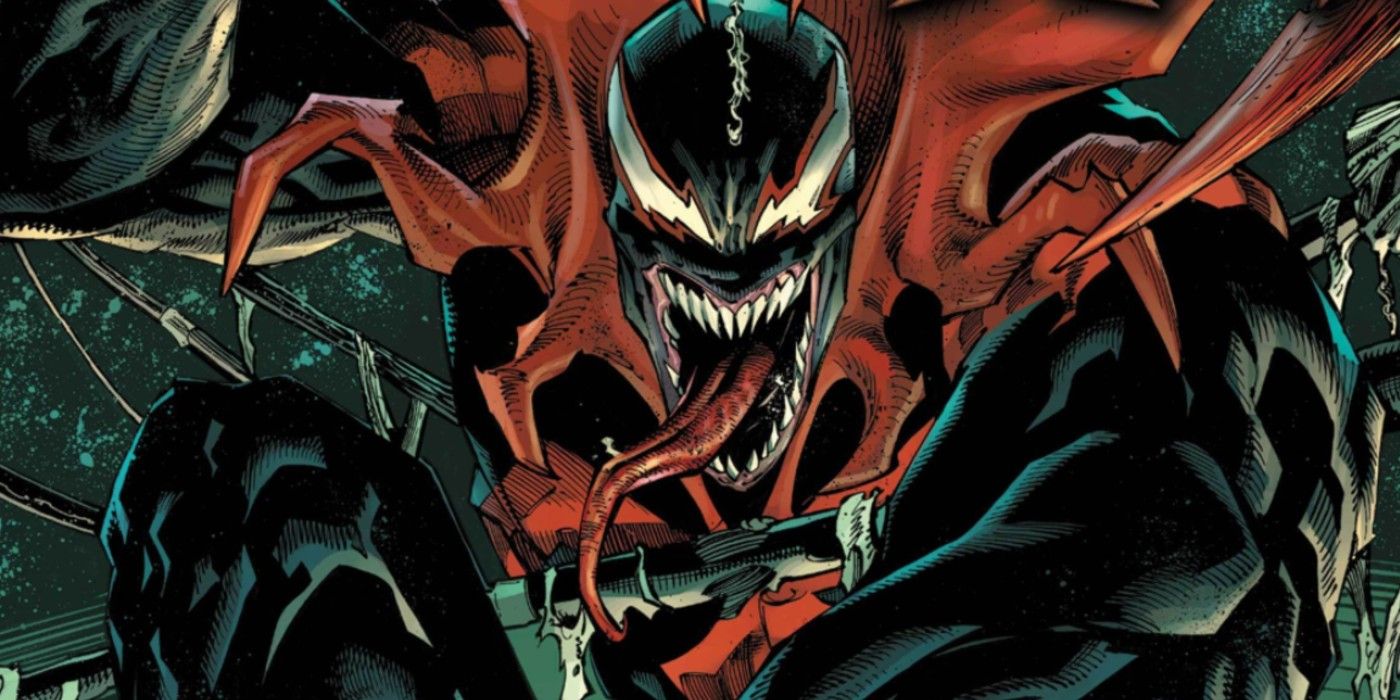 So when the lights went out, Miles Morals joined forces with Venom. Does this power up now mean Miles Morales has new abilities to use in Dark Ages? Considering Venom has had a romance with anti-heroism, will the venomized Miles Morales also walk the same path?