Darkseid is DC’s God of Evil. He is the greatest powerhouse the Justice League has ever fought. King of the New God world of Apokolips, he is the universe level threat. Before Zack Snyder’s Justice League gives us a glimpse of the One True Dark Lord, here are some truly surprising facts about Uxas aka Darkseid. 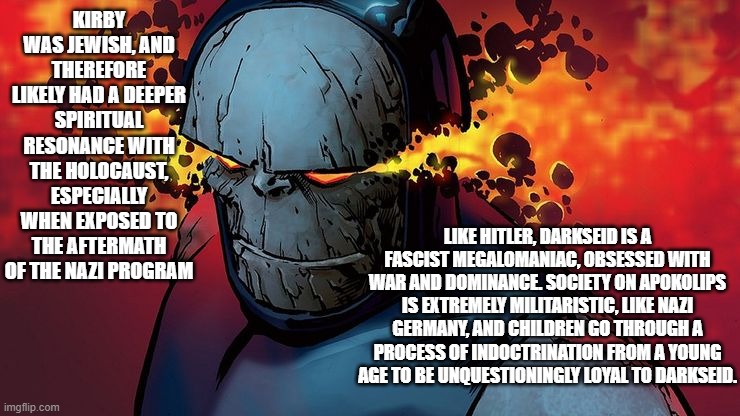 Darkseid is modelled after the infamous German Dictator of World War Two – Adolf Hitler. Another inspiration was Jack Palance, who starred as Boss Carl Grissom in Tim Burton’s 1989 Batman movie.

He Has a Brother Named Drax 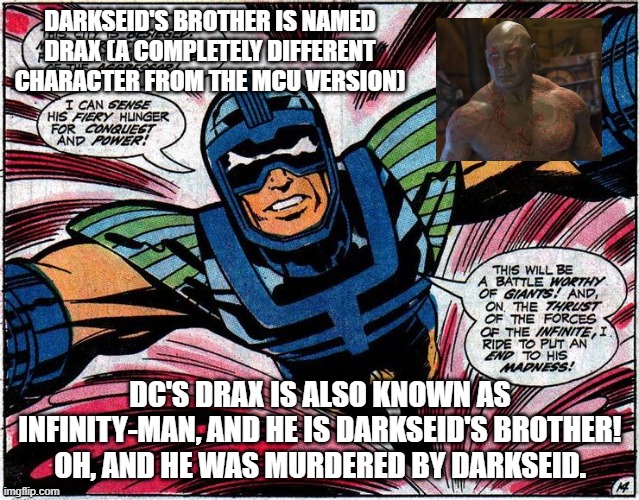 No this Drax is different than the Drax of the Marvel Cinematic Universe. Drax was killed and critically injured by Uxas, who stole the Omega Power from him. An almost dead Drax was then nursed back to life by Astorr, an alien warrior who gave him the power of the Infinity Man. 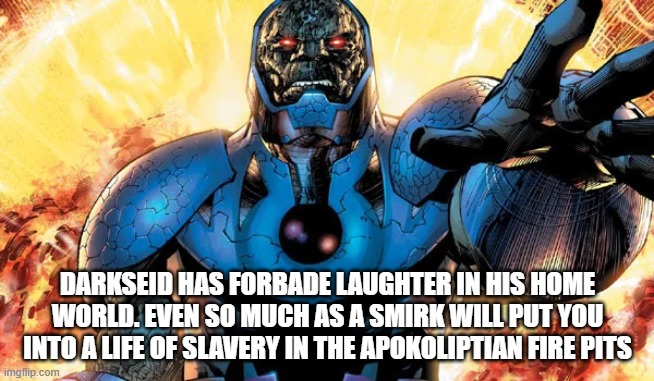 That is a very crappy move Darkseid. We all want to laugh at the cracked wrinkles on your forehead.

Was The Reason the Justice League Was Created 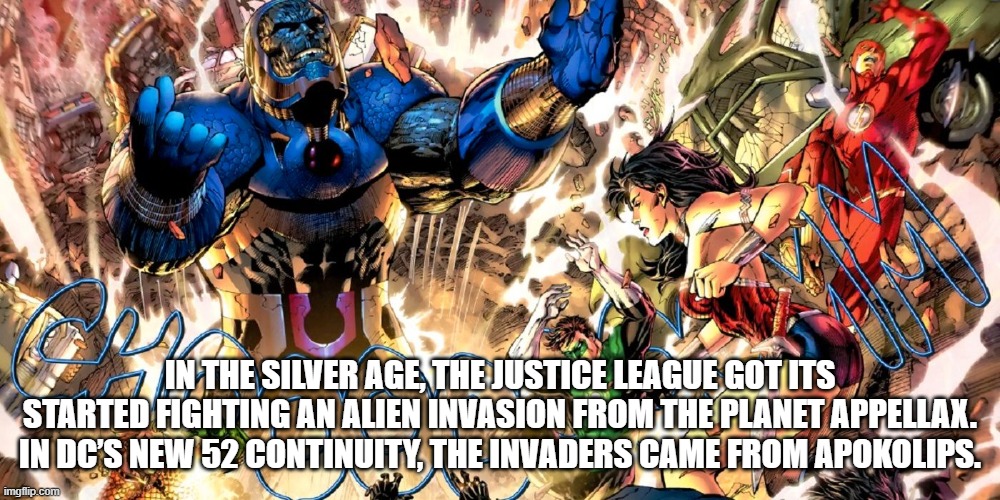 In most iterations, it was Darkseid or his evil machinations that led to the greatest superheroes of Earth coming together to form the Justice League.

Highfather and Darkseid swapped their children as part of a peace treaty. Orion was raised under Highfather’s benevolent care. He became a DC Hero and a member of the Justice League. Scott Free escaped Apokolips and became Mister Miracle.

His Greatest Weapons is Mathematics 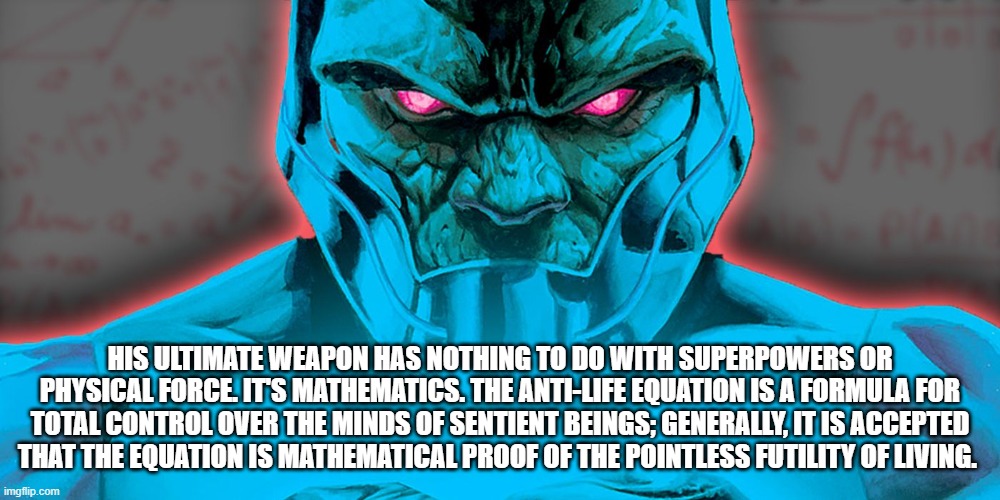 The Anti-Life Equation is to Darkseid what the Infinity Stones and the Infinity Gauntlet is to Thanos. Both lust absolute power. Darkseid takes the more intellectual route. 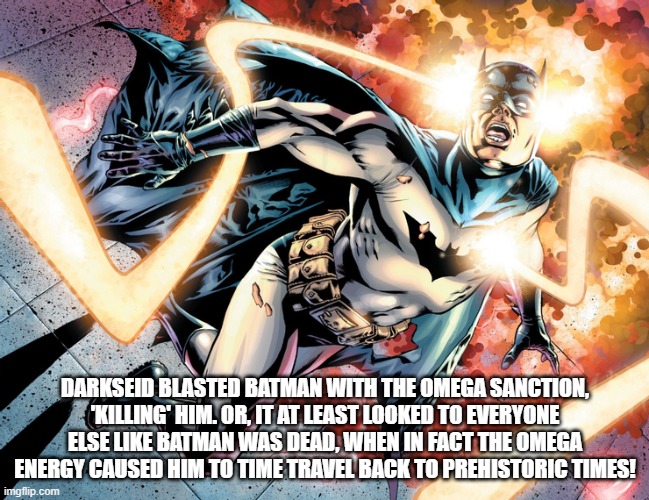 Luckily Batman came back from the dead. He had never died in the first place. He was merely time displaced. 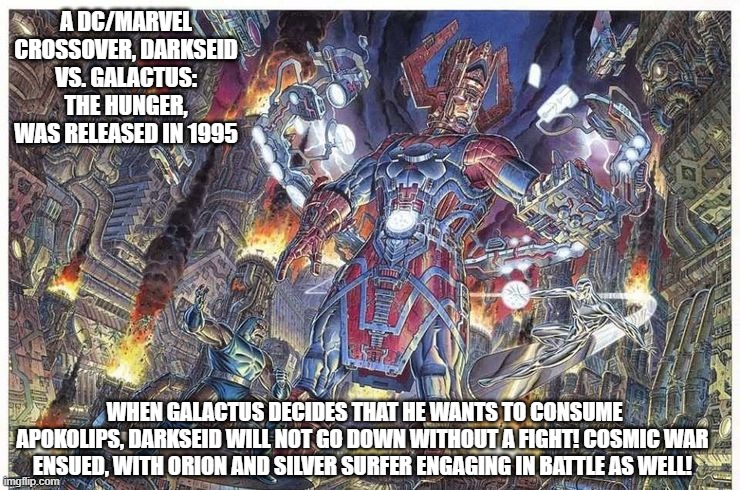 Back then DC/Marvel Crossovers were all the rage. Galactus and Darkseid fought against each other. Darkseid’s son Orion and Galactus’ Herald the Silver Surfer also battled in this story arc. 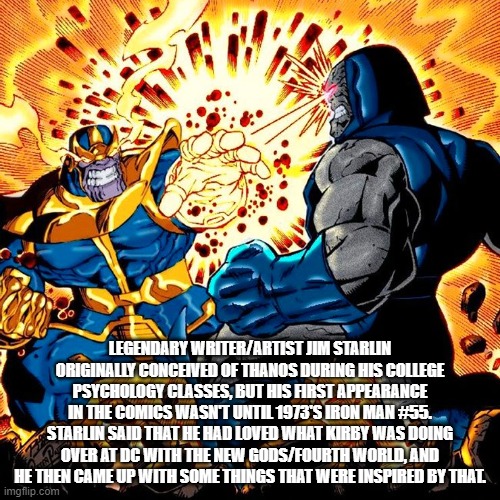 Jim Starlin came up with Thanos when he was taking psychology classes back in 1973. His first appearance was in Iron Man #55. Thanos was first modelled after Metron, another DC New God. But the Editor asked him to change the design. Starlin then ripped off DC’s Darkseid, creating a knockoff.

Was Once Resurrected as Superwoman’s Child 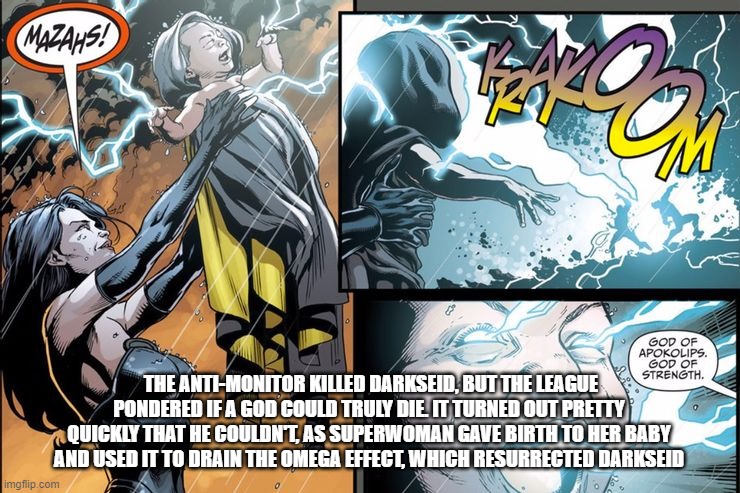 In Darkseid War, Darkseid is killed and then later resurrected as the newborn child of Superwoman of Earth 3. She uses the child to summon the Omega Effect and Baby Darkseid is born.

Has Died Many Times

For a God, Darkseid has been killed many times. One of his recent deaths came during the events of Darkseid War, where his daughter Grail killed him using the power of the Black Racer.

Darkseid Felt Fear For the First Time After Fighting Doomsday 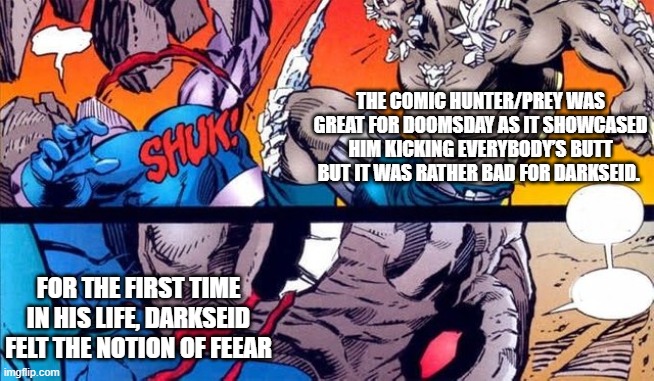 Even though he has fought Superman so many times, Darkseid was never scared to fight the Man of Steel. It was only after Brainiac manipulated Doomsday and sent him after Darkseid that the God of Evil realized what fear truly was.