Home
WWE
Make way for DRAX on the WWE Hall of Fame! 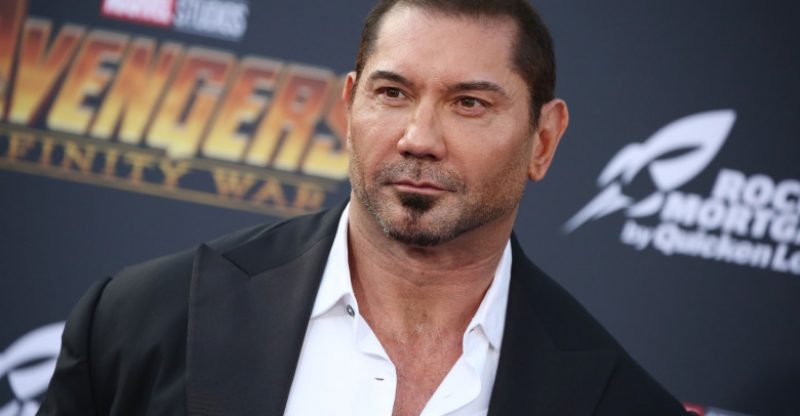 For more than one millennium, Dave Bautista may be akin to the awkward and dry-humored Guardian of the Galaxy; for many others, he is notorious for his WWE career. He is officially being inducted into the WWE Hall of Fame!

Dave Bautista “Batista” joined the pro wrestling fraternity at a slightly late age of 30, but regardless of it, continued to dominate the ring and win six WWE World Championships!

His most significant opportunity came knocking in 2003 when he got placed in Evolution. The top talent at the time, Triple H led the four-man stable including 16-time world champion Ric Flair, and Randy Orton. This was WWE’S answer to WCW’s The Four Horsemen. The four won all the company’s major titles at the time.

‘The Animal’ Dave Batista left the company in 2010, to try his hand at the Hollywood lush life. After two two year breaks in 2013 and 2018, he finally decides to call it quits in the ring in 2019. He became one of WWE’s biggest success stories in Hollywood following in the footsteps of the likes of Hogan, Dwayne “The Rock” Johnson, and John Cena. The 50-year old thrived in his breakout role as Drax in Guardians of the Galaxy. The part allowed him to display charisma, never such seen in WWE television.

Making it in his old stomping grounds has been an absolute thrill for Batista; on being asked about the same, he has expressed his excitement at staying “connected” with the WWE world. After his last match at WrestleMania in 2018, he had expressed his wish to continue being associated with the wrestling fraternity and looks like the universe did just that for him. Of course, they couldn’t deny a guardian of the galaxy, now could they?

Write For Us
Tags:WWE, WWE Hall Of Fame