Darkseid of DC Universe is set to appear in Synder’s Justice League. Ardent fans of the villain have begun reminiscing the greatest moments of him with this news.

The ruthless ruler of the planet Apokolips whose eventual goal is to conquer the universe by eradicating all hope and free will in sentient beings. 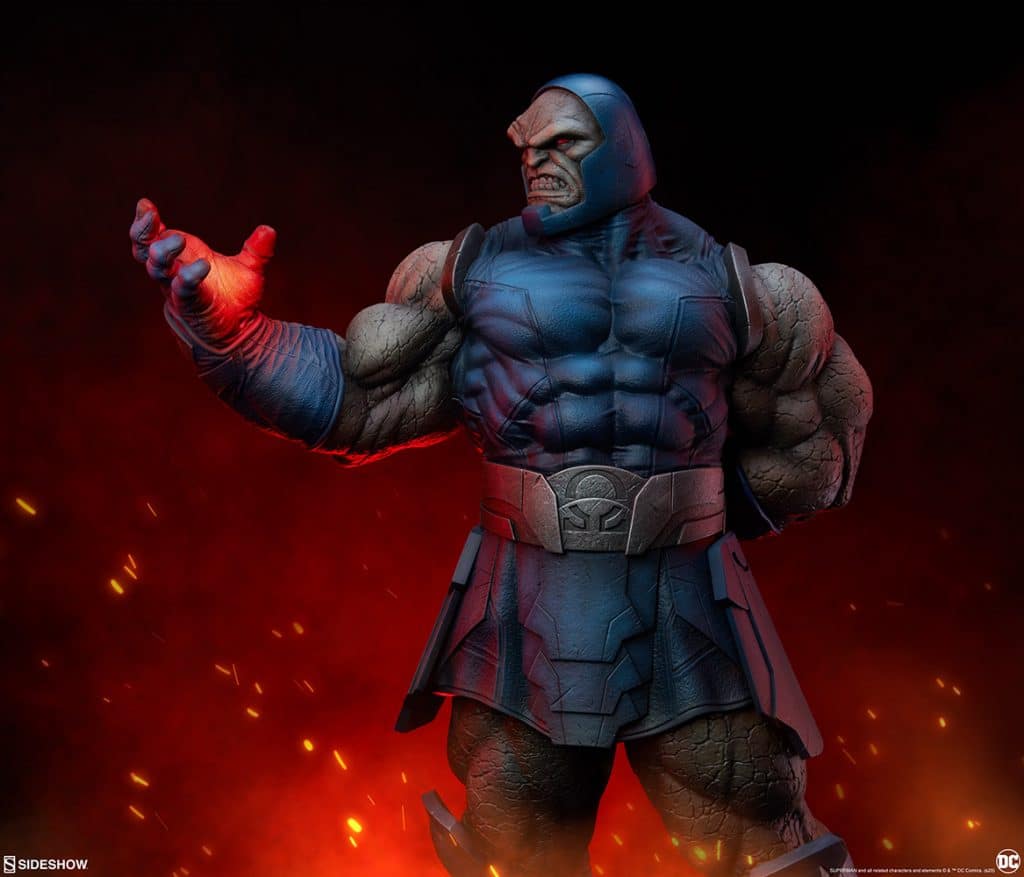 He was introduced by acclaimed comics artist Jack Kirby in 1970s , first appearing in the DC Universe in a cameo in Superman’s Pal Jimmy Olsen before being fully present in Forever People

Check out these greatest 10 unforgettable moments of the most adored villain of the DC universe.

1. The invasion of Earth(Superman : The animated series) 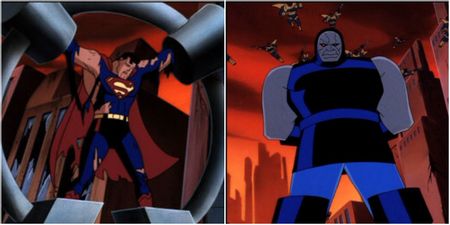 In most of Seasons 1 and 2 of Superman: The Animated Series, Darkseid didn’t appear, it was a tease throughout. Fortunately, at the end of season 2, Darkseid appears at the Invasion of Earth. Superman attempts to stop him but fails and instead is arrested, tormented, and maneuvered in the sight of the natives of Metropolis .

Eventually, Darkseid kills officer Dan Turpin for fearlessly standing up to him. Even the Gods of New Genesis fail to stop his invasion. A remarkable DC Universe scene indeed. 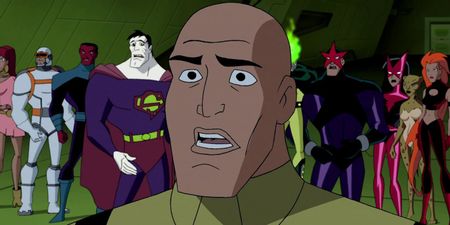 In the Justice League: The Animated Series, Darkseid makes a deal with Brainiac and is actually killed. However Brainiac isn’t dead, he tries to make himself God by reviving and amassing the legion of doom throughout the majority of Justice League Unlimited season 3.

Tala, the sorceress rebuilds Brainiac. However, it’s soon disclosed that it’s not Brainiac at all instead it was Darkseid all this while. This scene in the DC Universe movie brings out the Lord of Apokolips most powerful than ever. 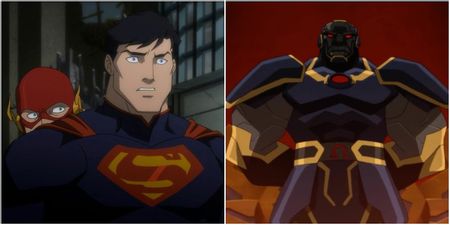 Superman and Darkseid put their differences aside to stop the forces of Apokolips. With Darkseid’s eyes popping out, everything fades compared to his epic entry scene. With a pack of parademons parading ahead of him, Darkseid just puffs the squadron of fighter jets out of the sky with his Omega Beams, without even glancing. (Savage much indeed). 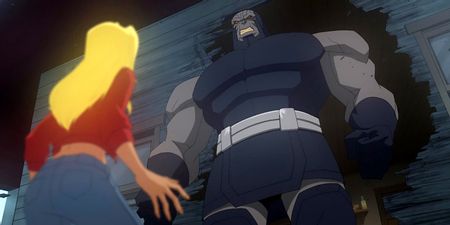 In the second Batman/Superman animated movie, Supergirl is targeted as she arrives on earth for the first time. In the battle when Themyscira is attacked by Doomsday clones. Kara, sent by Superman is imprisoned and becomes Darkseid’s head Fury warrior.

However, Batman and Superman bring her back. Darkseid suddenly emerges from inside the house, when Clark and Kara return. The three of them brawl over, eventually tearing down the Kent Homestead. 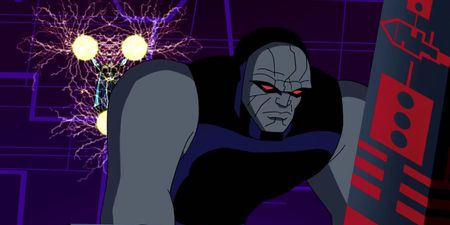 Brainiac invades Apokolips, for which Darkseid requests help of the league in the Justice League: The Animated Series.

Even though Darkseid promises to come for Earth after Brainiac is done with Apokolips, Superman is doubtful. Yet he thinks it’s necessary to work together.

Later it is divulged that Brainiac and Darkseid are involved together, eventually, Darkseid deceives Brainiac which is much less appalling. Superman then appears and is ready to die to be certain that Darkseid doesn’t flee. 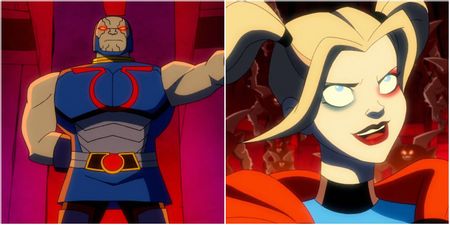 While Darkseid is the tyrannical villain at the catastrophe of the DC universe, of course comedy shows can use him for a little entertainment. As Teen Titans Go! went overboard with a little Darkseid voiced by Weird Al Yankovic, Harley Quinn’s version is both humorous and loyal.

Darkseid vows to claim and rule earth when Harley rejects his parademons. He trips again over his favorite Darkseid Is” phrase created by writer Tom King, voiced by Michael Ironside. 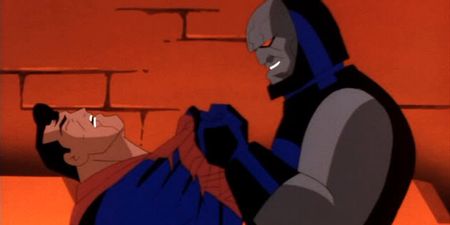 The climax of Superman: The Animated Series is the two-part story “Legacy,” where, the episode actually begins with Darkseid having manipulated Superman into becoming his general (something that will also be traversed in Zack Snyder’s Justice League). Dark Superman wipes out all the planet’s armies when sent to Earth with the armies of Apokolips.

Superman returns to Apokolips and confronts Darkseid finally when he is in control, Superman ascends and natives of earth not only hate him but also the natives of Apokolips actually adore Darkseid, making him a hero instead. 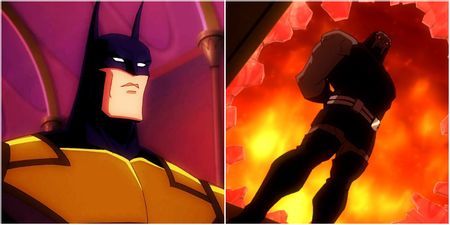 Darkseid is much more powerful than Superman, nobody expected Darkseid to be defeated by just words. Yes, we’re talking about Batman. However, as Superman, Wonder Woman, and Big Barda divert his troops, Batman plants bombs across the fire pits that fuel the planet. Darkseid is impressed. 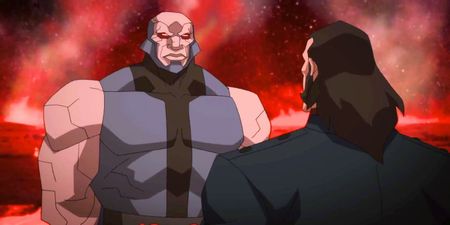 Young Justice: Invasion ended with one of the most shocking cliffhangers in DC Universe history. After six years the young justice show came back as Young Justice: Outsiders. Though everyone thought it ended with just two seasons. It’s a pleasant surprise for the fans.

In season 2, there was gossip about Vandal Savage’s vile allies, which included Lex Luthor, but The Light’s evil ally turns out to be no other than Darkseid. It’s a startling revelation to the season, and fans were distressed things would never conclude. 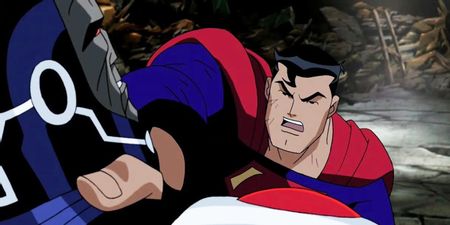 The climax of Justice League Unlimited, and the entire DC Animated Universe, contains one of the most memorable battles in DC history. Darkseid returns more powerful than ever, and the united force of the Justice League and Legion of Doom stand against him.

As Superman releases his complete power on Darkseid, it seems hopeful, but Darkseid still manages to crumble it. Only a final interruption from Lex Luthor, who gives up his life, halts the God of evil.