The latest issue of Flash has finally answered a question which has troubled fans got long; who is the fastest man alive: Superman or Flash?

The answer to this has changed repeatedly over the years and they raced for the first time in Superman #199 in 1967. We’ve seen the two heroes racing in the past and the comics claim that Flash is the faster hero with Barry Allen, Wally West having outrun Superman on numerous occasions.

The Flash #49 sees Allen and West in a high speed chase that threatens to destroy the Earth as the Speed Force produced starts effecting other aspects of reality. In order to stop them, Justice League along with the Titans move to stop the two speedsters. This leads to Superman flying after the two speedsters to find out what lead to this stir between Flash and West. 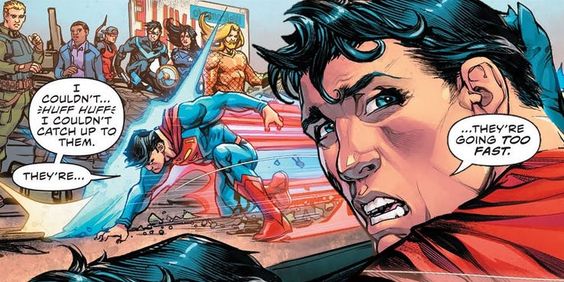 Superman returns after a few seconds and is seen out of breath, heavily panting, taking a moment to compose himself before he can speak. His face and hair look flushed away and sweaty. He finally reveals that he couldn’t catch up to them because they were too fast. This storyline disappoints Superman fans who believe that Superman is the strongest hero and can do anything but it does put another feather in the cowls of both Flash and Wally West.

We hope to find out more interesting things as the issue folds up!