The final moments of Dark Nights: Metal saw the Source Wall getting destructed and a rush of other energies which pour in from whatever lies on the other side. The “New Justice” line of books explores the most metaphysical aspects of universe. Lex Luthor states that there are seven hidden forces free in the DC universe and he has bought in the Legion of Doom together to execute his evil plan. 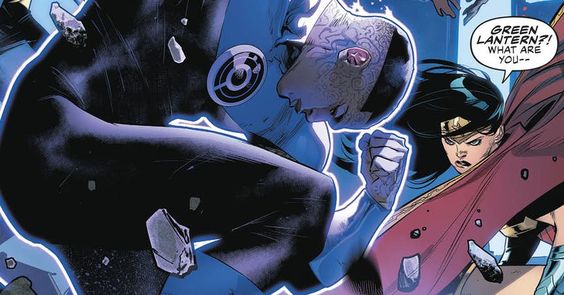 We’ve already seen two of these but there are five more hidden forces and it promises to change everything in the DC universe.
Justice League #2 introduces two of these forces with the most tangible, the Invisible Emotional Spectrum which works as the Ultraviolet Lantern Corps. Sinetsro states that he had been searching for it since long and now after the destruction of Source Wall, he could harness it finally. John Stewart, who was Green Lantern Corps’ leader was the first member of the Ultraviolet Corps harnessed it and stated that it unlocks the darkest aspects of a person and turns them into a selfish, cruel and violent being. It even makes him attack his own Ultraviolet team members.

The second force is the Still Force and it opposes the Speed Force which enables Flash to run at high speeds. This force is about absolute stillness and Turtle, who is a D-list villain has been after it since long and right now, it’s in the hands of Gorilla Grodd. 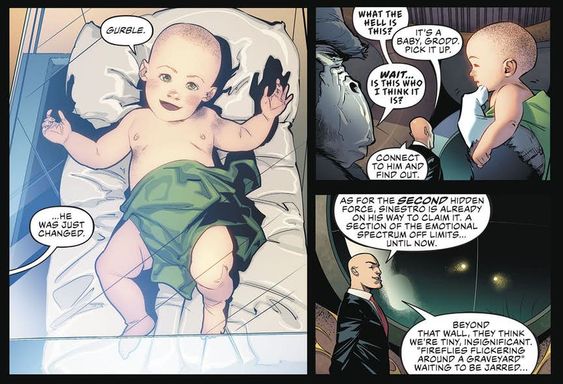 When the DC universe was relaunched, the people of Gorilla City worshipped Speed Force and Gorilla was taken as their ultimate ruler while Barry Allen was considered as an usurper. Grodd wants to steal the Speed Force and joined hands with Lex Luthor who gave him the Still Force in the form of a baby. It’s possible that this baby is The Turtle, regressed in the form of baby by the Still Force.

As revealed by Luthor, each force is something each of the members of the Legion had been looking for all their lives, which means that the remaining forces can be connected to Black Manta, The Cheetah, Joker and Luthor himself. Cheetah’s can be magic based and Black Manta’s could be related to his revenge on Aquaman. However, what The Joker and Luthor wants still remain uncertain.

Now there are seven energy forces and each is connected to one member of the Legion which leaves the seventh spot open, so could there be a secret seventh member in the Legion?
It could be a villain for either Martian Manhunter or Cyborg. It could be Manhunter’s brother Ma’alefa’ak because Cyborg doesn’t really have an arch enemy unless you count his days in the Titans team.

DC has only launched two Justice League issues and till now it has been filled with turns and shocking moments and with five hidden sources yet to be revealed, I’m sure it’s going to be a treat for fans worldwide.