The latest issue of Justice League is out now and it answers a lot of questions. The Still Force (an unknown energy generated of interia which acts as an equal and opposite counter to The Speed Force which is utilized by The Flash) is unveiled. The Still Force is one of those seven universal forces who, if someone masters, will be the one saving DC universe from falling into entropy.

The Speed Force was actually meant to answer how The Flash’s powers function. It created a force-field which prevented The Flash from tackling the friction forces. It also fueled up his powers and prevented him from burning up. A few years later, a Negative Speed Force was introduced which was utilized by The Reverse Flash. The force was just same like The Speed Force, but much more destructive. 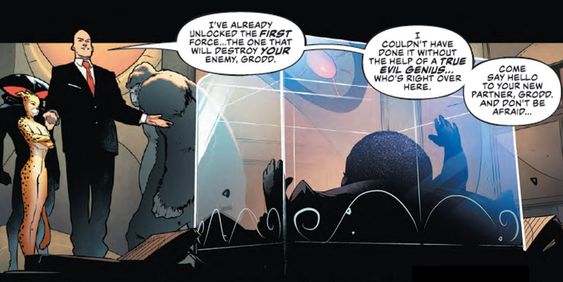 In Justice League#2, Lex Luthor explains the seven hidden forces to the Legion of Doom. He reveals that the first force is unlocked which can be used by Grodd to destroy the Flash. Not only this, he also reveals that Sinestro is on his way finding the second one.
On being asked about the first force, Luthor reveals that the secret lies between a newly born human baby. Luthor calls the baby “A TRUE EVIL GENIUS.” 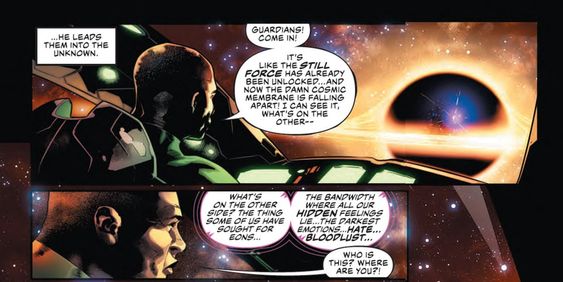 In the later scenes, we find The Flash on a mission with Hawkgirl. The Flash explains that The Speed Force has failed him and that’s the reason he keeps tripping up. He blames it on the supervillain The Turtle. The Turtle is eager to find a Still Force which could counter the Speed Force. But he is unable to do so. For now, he is just distracting The Flash with the “vibrational disruptions.”

And in the final scenes, we see John Stewart revealing that hidden forces has been unlocked. And the second force has been discovered by Sinestro.
Was this the mission which would lead John Stewart to be the Ultraviolet Lantern? We have to wait and see.