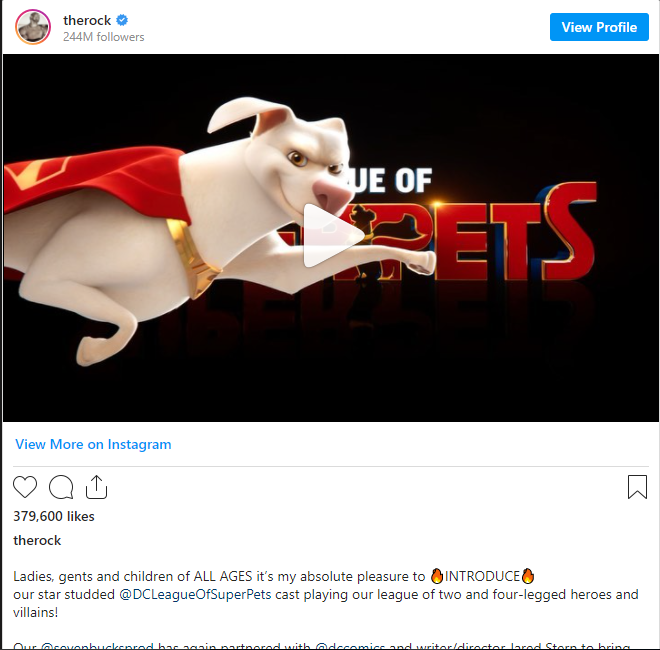 Here’s the link to the rock’s official Instagram handle were you can watch it:

A Super-Pets animated movie was declared in July 2018. Jared Stern, the author of The LEGO Batman Film and The LEGO Ninjago Film, joined to write and direct. Stern’sStern’s previous animation work incorporates Bolt, The Princess and the Frog, Wreck-It Ralph, Meet the Beetles, and It’sIt’s a Small World. 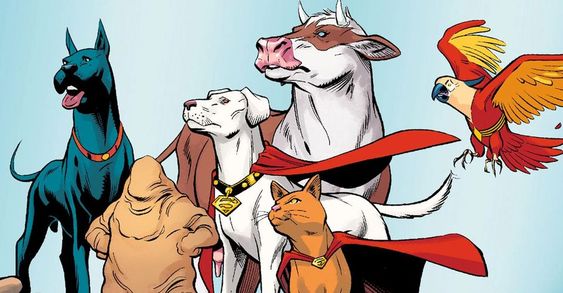 In contrast, his live-action work can likewise be seen in Dr. Ken (which he co-made), The Internship, The Watch, and Mr. Popper’s Penguins. The movie is composed by Jared Stern and co-coordinated by Him and Sam Levine. DC League of Super-Pets will star Dwayne Johnson as Krypto the Superdog, Kevin Hart as Ace the Bathound, Keanu Reeves, Vanessa Bayer, Natasha Lyonne, John Krasinski, Diego Luna, and Kate McKinnon. The film shows up in cinemas on 20 May 2022.

‘They’ll be exchanging gifts this year for Christmas’: As Jennifer Lopez’s Marriage With Ben Affleck Comes Crashing Down, Jennifer Garner Reportedly Growing Too Close To Affleck During the Holidays

‘She was spotted without her wedding ring weeks before the divorce’: Gisele Bundchen Reportedly Spearheaded Divorce That Broke Tom Brady Despite Super Bowl Champion Willing to Fight for Them