Good artists copy. Great artists steal. What’s a better source for comic book writers and artists to draw ‘inspiration’ from than the real world itself? These popular DC and Marvel superheroes tell us a rather unique tale. 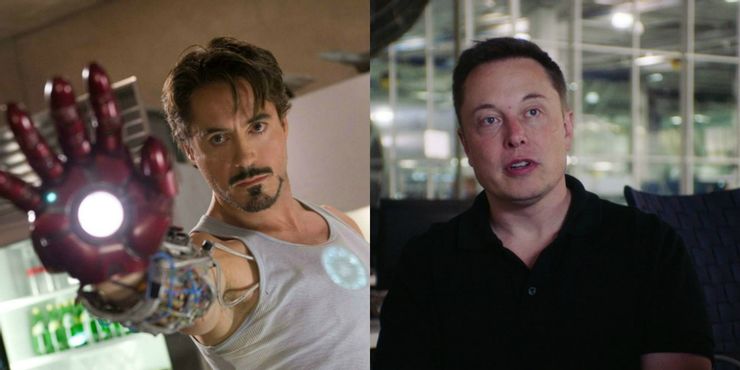 Iron Man of the Marvel Comic Book Universe drew heavy inspiration from a similar eccentric and genius billionaire – Howard Hughes. Howard Hughes was considered a crazy but formidable visionary of his time. He was a womanizer and inventor. He would come up with the wildest of ideas and manage to make it work. Stan lee based the character of Tony Stark on him. But when Robert Downey Junior was roped in to play Tony Stark in the 2008 movie, he took to another crazy billionaire to draw inspiration from – Elon Musk. As a token of gratitude, Musk was given a cameo appearance in Iron Man 2. 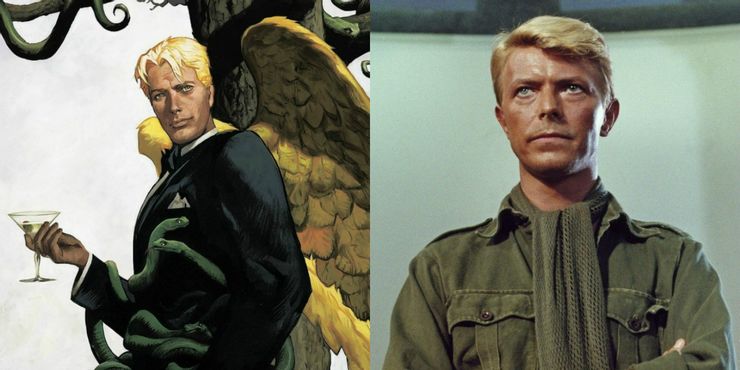 Fan of the Lucifer series? How many of you knew the popular character is actually a part of the DC Universe? Lucifer made his first appearance in Neil Gaiman’s 1989 series The Sandman. Based on the persona of Satan depicted in the John Milton poem Paradise Lost, Lucifer’s appearance and characteristics also bear resemblance with pop culture icon David Bowie. Artist Kelley Jones, who worked with Neil Gaiman when illustrating Lucifer in the comic books, claimed that Neil Gaiman specifically instructed him to make the character look like Bowie. Kelly Jones claims Neil Gaiman was adamant that the Devil looked like David Bowie. 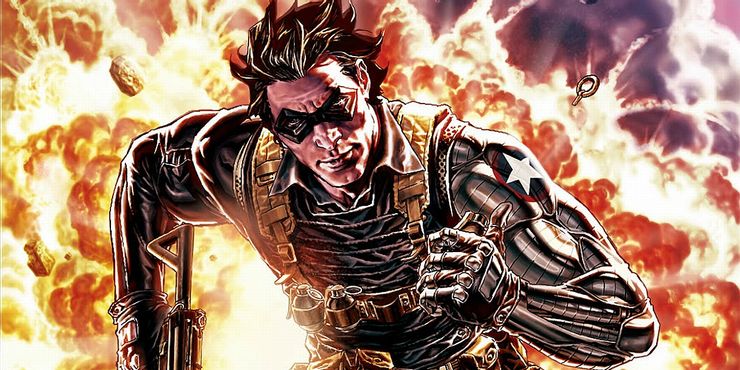 Bucky Barnes was only 15 when he joined Captain America as his trusted side-kick during World War Two. Bucky would then be lost to time, resurfacing decades later as the Winter soldier. Thanks to the Marvel Cinematic Universe, the Winter Soldier is now a household  phenomenon. But little do people know that Bucky is based on a real life person. Joe Simon and Jack Kirby drew James Buchanan Barnes after seeing a boy of similar age and build. Bucky Pierson was just an ordinary kid. Half a century later, his name is now known all over the globe. 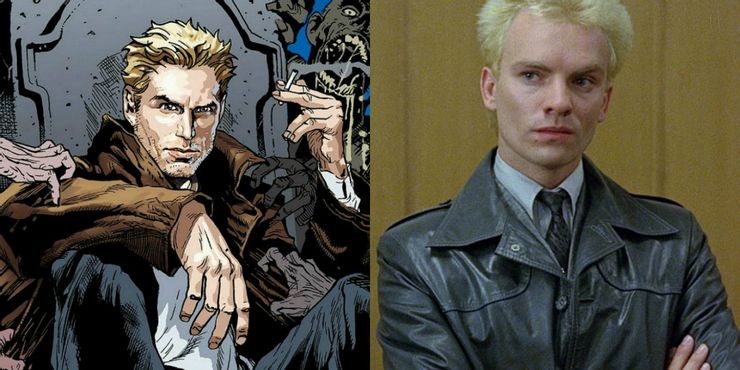 Co-creators of John Constantine – John Totleben and Stephen Bissette based the character on legendary singer and songwriter Sting of the famous band The Police. Bissette has openly admitted that he drew characters similar to Sting in the background of the Swamp Thing comic book where Constantine made his first appearance. It took them a matter of days to come up with an idea for a major supporting character in the series that looked like Sting. Bissette and Totleben presumed the character would be lost to time. But the fans loves John Constantine and he became the star of the Hellblazer series. The rest is history. 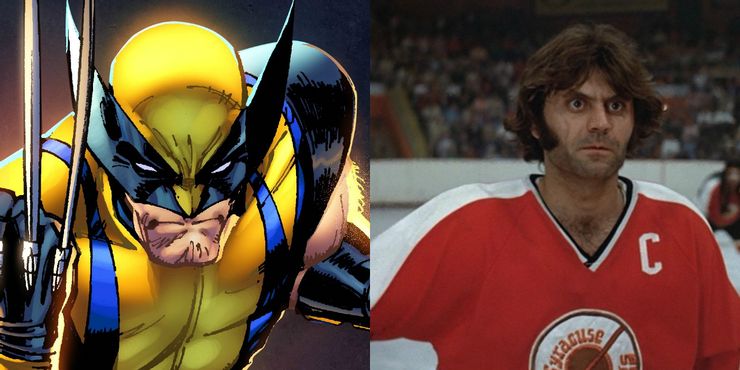 When Marvel tasked Roy Thomas with coming up with a superhero that was from Canada, Thomas was torn between the name Badger and Wolverine. He already had someone in mind to base the character off of though. By the time artist John Byrne was on-boarded to create Wolverine for the comic books, Thomas had already given the character his signature short height and pointy hair with the world’s grumpiest looking face. Even Wolverine‘s signature sideburns were inspired by Paul D’Amato’s look in the movie Slapshot, where the actor played the role of Dr. Hook. 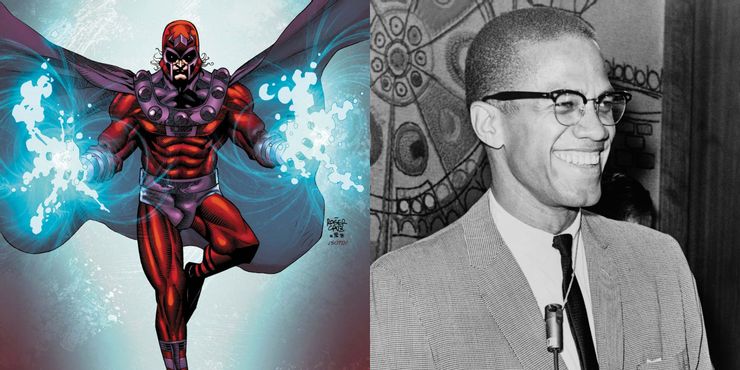 Stan Lee and Jack Kirby created the X-Men and their two greatest leaders – Professor X and Magneto, during the 1960’s. That was the height of the Civil Rights Movement era. Like African-Americans in the United States, mutants were subject to prejudice and discrimination. A swarm of leaders with opposing ideologies to tackle racism had surfaced. African-American personalities like Martin Luther King Jr and Malcolm X took charge of the plight of Black People in America. Martin Luther King Jr became the inspiration for Charles Xavier. Malcolm X inspired Magneto. Like their real world counterparts, Magneto and Professor X do not exactly see eye to eye. 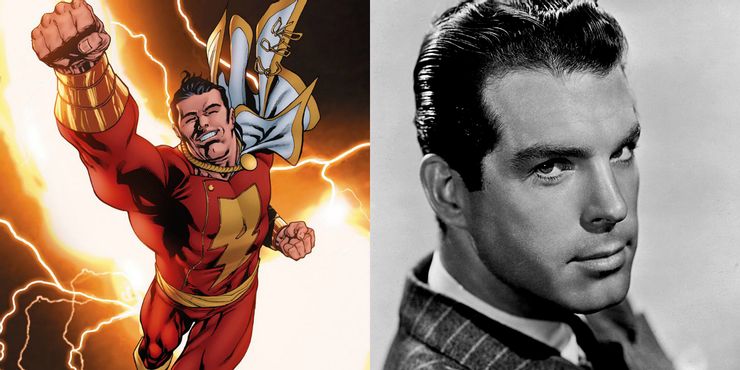 Bill Parker and C.C Beck based Shazam‘s powers after being inspired by DC’s Superman. But the similarities stop there. Everything else was taken right out of Fred MacMurray’s handbook. Shazam’s appearance and way of speaking are inspired by the famed actor of that time. MacMurray was basically the Keanu reeves of that era. He could do no wrong. Shazam was supposed to be the epitome and zenith of human morality. Billy Batson was chosen because of his unshakable moral code, something Fred MacMurray was famous for. To make the readers realize Shazam’s real life inspiration, they gave the superhero the same wavy hair, cleft chin, and cheek-bone structure. 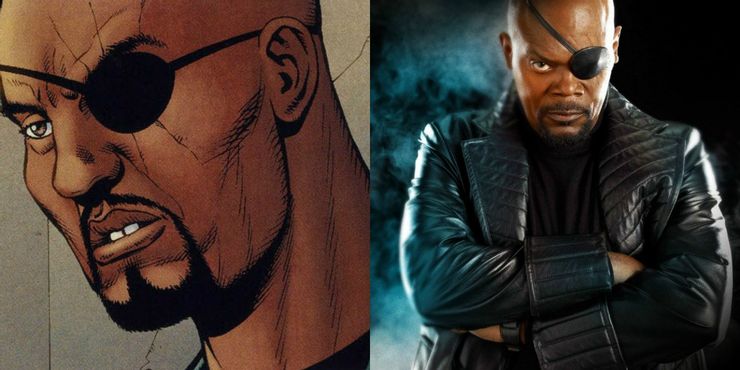 The original Nick Fury was Caucasian. He also had a head full of hair. The Nick Fury we all know and fell in love with is actually the second iteration of the character. After Samuel L Jackson played the character as a bald, black male in the MCU, fans were so pleased that his version migrated even to the comic books. Mark Millar was responsible for the race change and Samuel L Jackson was extremely happy with the publisher’s decision.