DC comics and its characters have been a part of our lives for decades and have given its readers some of the most amazing characters in comics history. 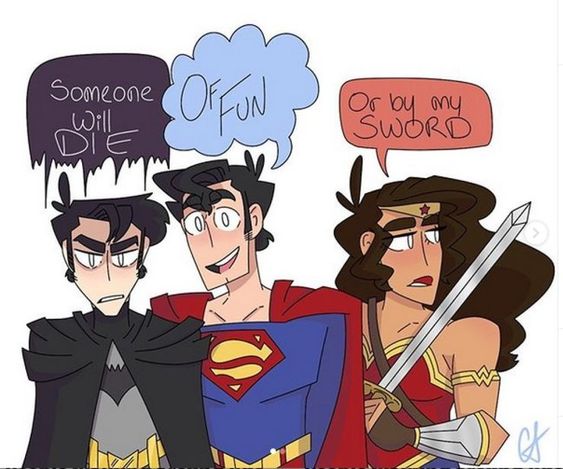 Every one of them brings something different to the table since they have various set of skills as well as various characters. And each character has been imagined and reimagined by various artists in different scenarios and situations.

Numerous fans who have been inspired by DC Comics have developed the potential outcomes of what their characters can be with their individual imaginative methodology towards passing on a character’s similarity, and created numerous fan-arts that have been loved by the readers.

Here are 10 funny fan-arts of our favorite DC characters from 10 different artists around the globe! 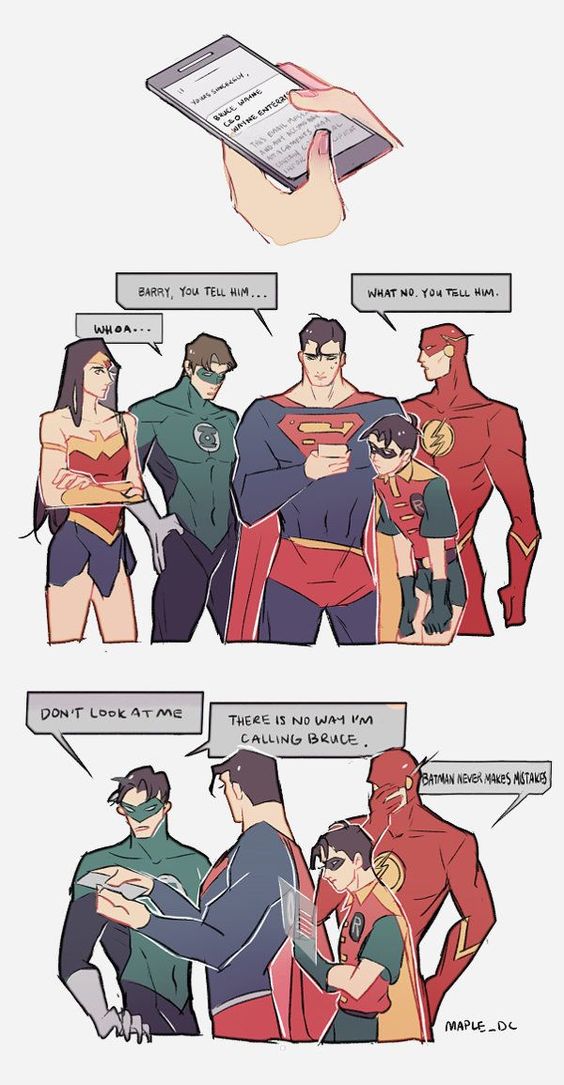 Bruce doesn’t make mistakes! We all know Damian was just messing with him! Again! maple_dc made this hilarious strip of the Justice League playing – You do it. No, you do it, to inform Batman of his little ‘mistake’. 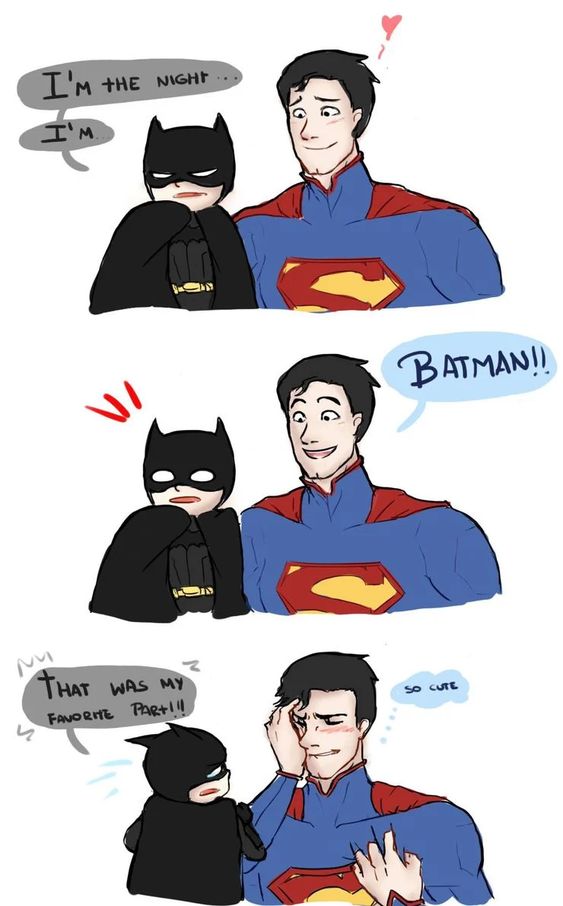 tumblr is more equipped to deal with the madness that is SuperBat, but Pinterest user, OK Boomer has made a pretty good showcasing of Superman and Batman being not just friends and teammates, but a little bit more as well!

Oliver is really upset that Kara and Barry didn’t invite him for the musical episode, and how ever since they keep singing whenever they meet. Comickergirl made a pretty decent to show just how upset the Green Arrow is with Flash and Supergirl! 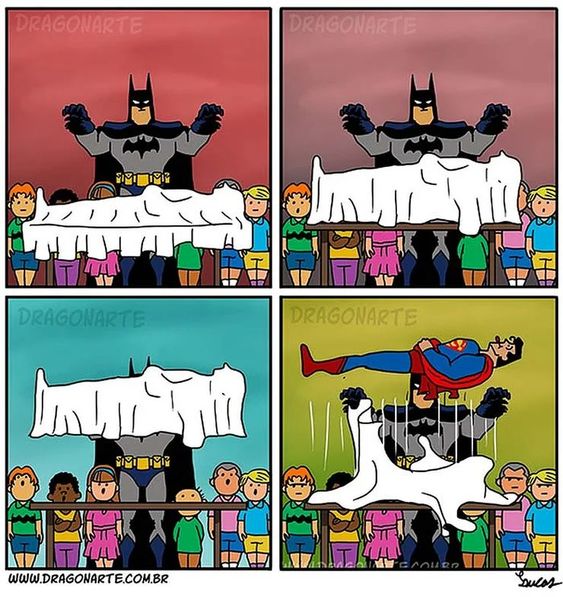 Maybe he should leave that to professional for the next time, and just stick to his tech! Dragonarte made this hilarious fan-art showing the Gotham vigilante being a total noob while trying to have a magic show with a helpful teammate in Clark. 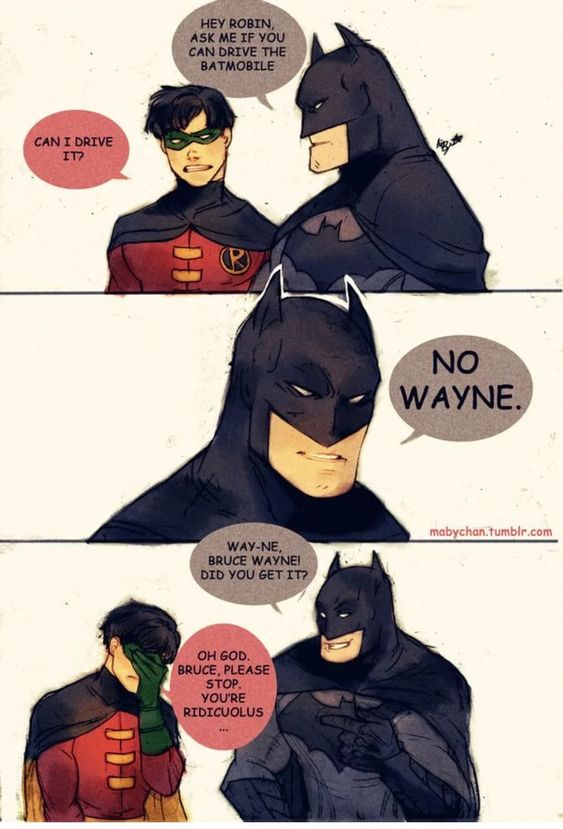 “No Wayne, get it?” Ha-Ha-Ha! Hilarious Batman! Tim would rather fall through the cave before he has to hear any more of Bruce’s jokes. Pinterest user Cami is showing exactly that with this hilarious fan-art. 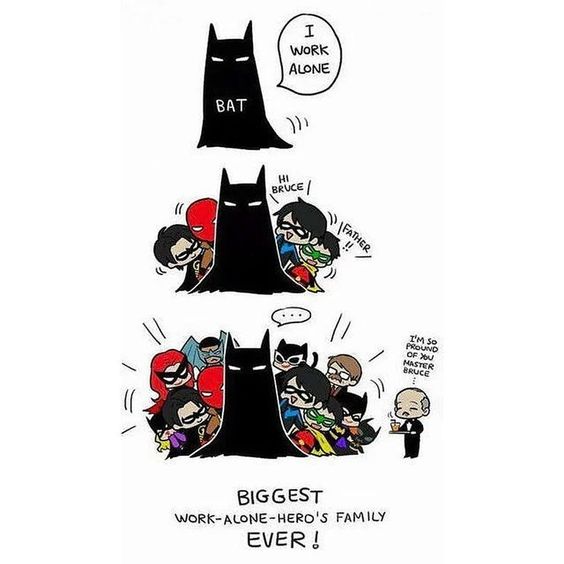 For a man who works alone, Batman really has a rather large “extended” family. From Dick to Tim to Kate to Barbara to Luke, the Bat-family has a long list of members, and that is shown brilliantly in this next piece by Pinterest user Fulanito De. 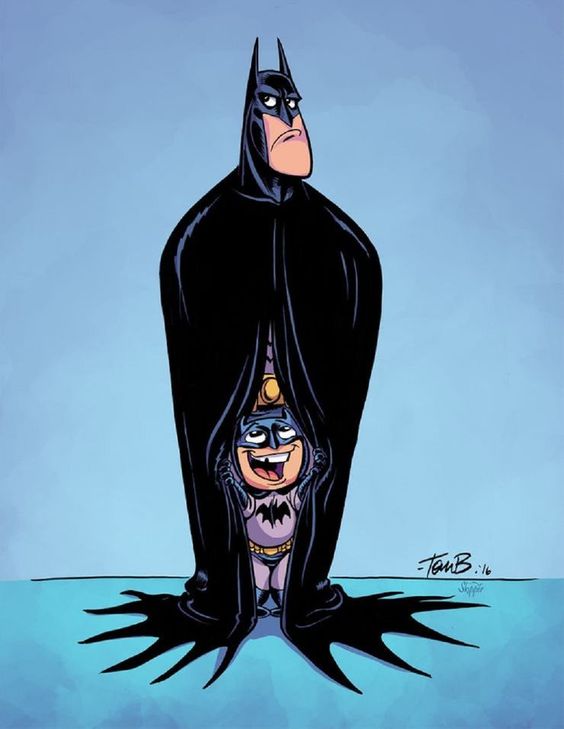 The older Batman looks like he usually does – done with the world. While little Batman is full of mischief! Artist Tom B. makes this funny fan-art to showcase the Batman we know and love along with an additional family member. 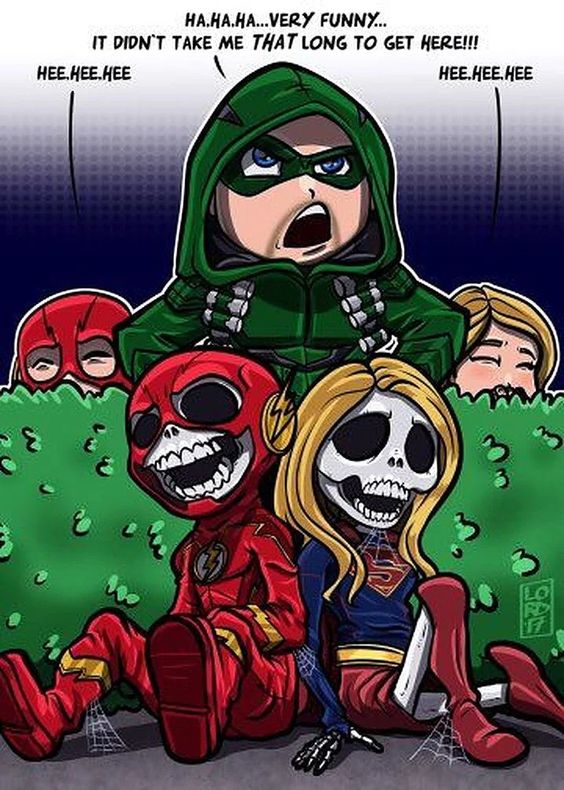 Barry and Kara are fast – one who has super speed and the other a powerful Kryptonian with ability to fly. So it is rather understandable, that Oliver is a little frustrated with the young duo! And that is exactly what Pinterest user Riley Coburn tries to showcase in this fan-art. 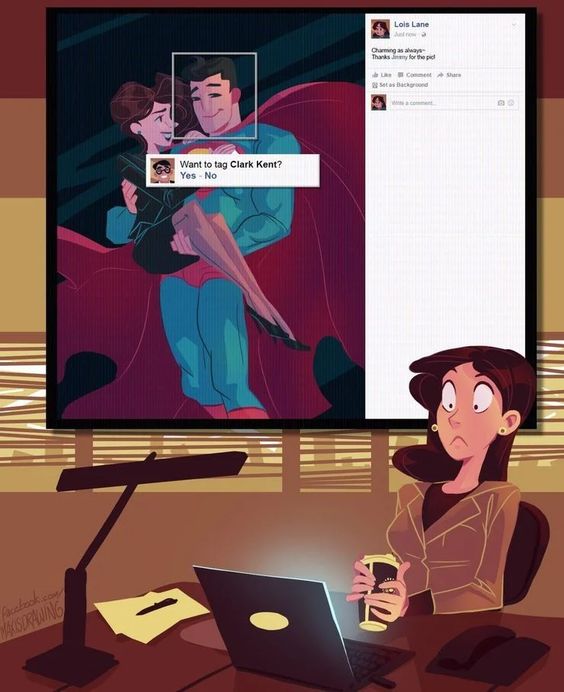 How could Clark have known that it wasn’t Lex Luthor that would out him to the world, but Facebook? The glasses are/aren’t enough debate has been going on for as long as the comics existed, and this is just another poke at that issue by  Pinterest user Rachel VanLangeveld.

The DCAU movie plot in a nutshell. Talia Al-Ghul drops by her beloved’s place to hand him the son Bruce had no idea about, and inevitably change the life of Batman, who is now suddenly the father of a young boy! Tumblr user Jesncin showcases that brilliantly!