He-Man’s Skeletor has been the main villain who has always tried rob brunt Eternia to his feet. He wishes to take the Sword of Power from He-Man and unlock the massive power inside Castle Grayskull.

Thanks to the current crossover with DC’s Injustice, Skeletor seems to have moved one step closer to his goal and he manages to do so by using a sneaky little trick. This plan doesn’t just grant him massive power upgrade but also makes him the most powerful being in the whole world. 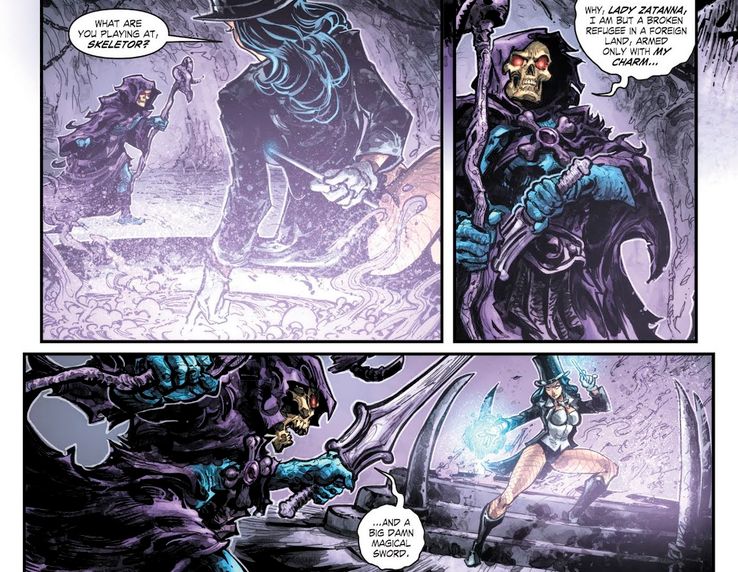 While Prince Adam of Eternia coming with Teela and their army to overthrow Superman, it’s a war-waging out! Damian Wayne (the last Batman) has also died while trying to rescue his father, now known as the Black Oracle and Wonder Woman has also died at the hands of Teela. Among all this ongoing drama, Skeletor uses his brilliant strategy while everyone is distracted.

While Darkseid and others raze Castle Grayskull for the anti-life equation, Skeletor travels all the way back to his homeworld, revealing that he was an agent of Apokolips all this while. He was tasked by Darkseid to forge a Civil War on Earth but when he approaches his boss, he unveils a special sword forged by him, which is equivalent to He-Man’s. Interestingly, this sword had been forged with the magic of Shazam!

When he harnesses his power, we see a chest plate of Skeletor with the black and gold colour scheme of Black Adam, which makes him the most powerful wizard alive right now. Skeletor had been working in secret, harnessing the magic of Shazam to create this sword. He has now accessed the strength of the Greek Pantheon of Gods trapped within the sword. This makes it a weapon of light, which will finally grant him entry into Grayskull, a Mecca for good. 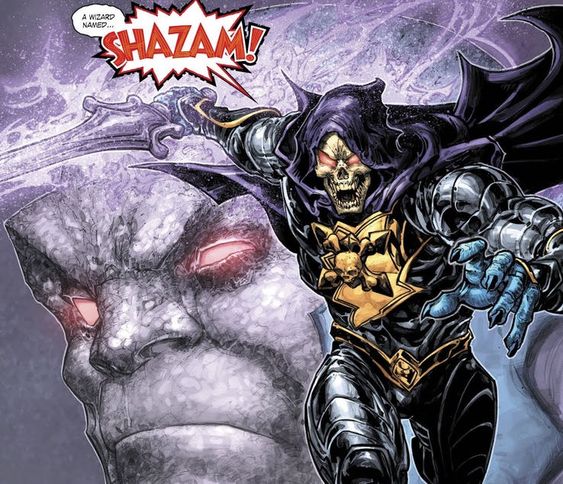 With the power of Shazam, Skeletor has now turned on Darkseid, looking to take the equation for himself and becoming omnipotent. Through the issues, Skeletor had been tricking Darkseid into weakening Eternia till an extent that it becomes easy for him to take over. Well, seems like a really intelligent move, doesn’t it?