Alternate Universe Batmen are currently all the rage in DC Comics. After Dark Nights: Metal introduced us to the Dark Multi Verse it has opened up a Pandora’s Box for the Justice League. And most of the evil forces that have sprung up are closely related to the Dark Knight. These parallel Caped Crusaders are a mash-up of Batman with classic DC heroes and villains. But in the latest issue of Dark Nights: Death Metal, the continuation of Dark Nights: Metal, DC fuses Batman with a popular Marvel Cosmic Superhero. DC’s latest evil incarnation of Batman merges Gotham’s Guardian Angel with the Silver Surfer!! 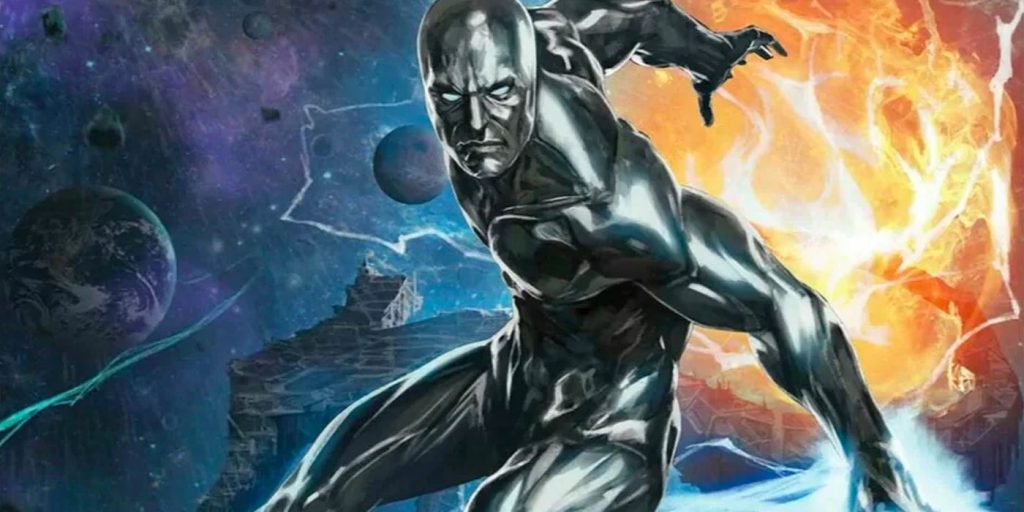 SPOILER WARNING: Spoilers for Dark Nights: Death Metal #3 up ahead.

In the year 2017, Batman was given a run for his money when the evil God Barbatos unleashed hell on Earth with his army of evil Batmen from the Dark Multiverse. Led by The Batman Who Laughs, the Dark Batmen led waste to the Justice League and almost brought the DC Universe to its knees. In 2020, three years later, Dark Nights: Death Metal took the story forward by introducing infinite amounts of Evil Batmen as amalgamations of classic DC Heroes and Villains.

There were very unique parallel universe Batmen like the B-Rex, Beyonder, Barnage, Collector, Batrocitus, Batmanhattan, and of course the Darkfather. There were even more obscure and lesser known versions of Batman that did not even get a proper name. Bane Batman and a fusion of Mister Freeze and Batman come to mind. In the third issue of Dark Nights: Death Metal, we are introduced to all new, all-powerful Batman who is fused with a superhero from literally another comic book universe! 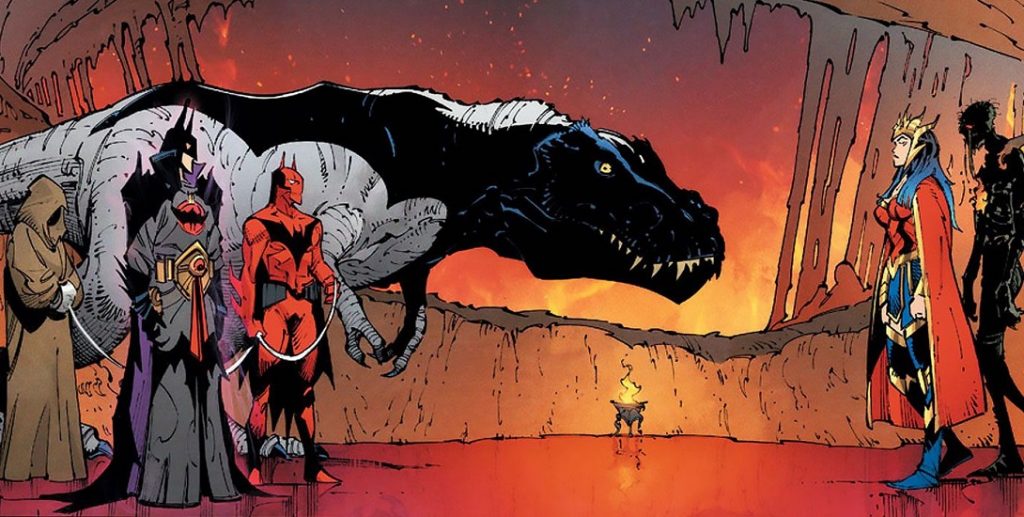 Harley Quinn and Wonder Woman team up with Batman and Swamp Thing to infiltrate Megapokolips. The wild western superhero of DC Comics Jonah Hex allows them to sneak in after creating a distraction. He gets into the heart of a giant robot that looks like a mash-up between the Holy Trinity of DC Comics – Wonder Woman, Superman, and Batman. As the three Evil Batmen who are on guard are successfully distracted, the superhero quartet successfully gets into Megapokolips.

The evil Batmen on patrol that shot down the giant trinity robot being piloted by Jonah Hex were, the Collector – a hybrid fusion of Batman and Brainiac, Batrocitus – Batman and Atrocitus, leader of the Red Lantern Corps of Ryut, and a third mystery Alternate Batman called the Night Glider. 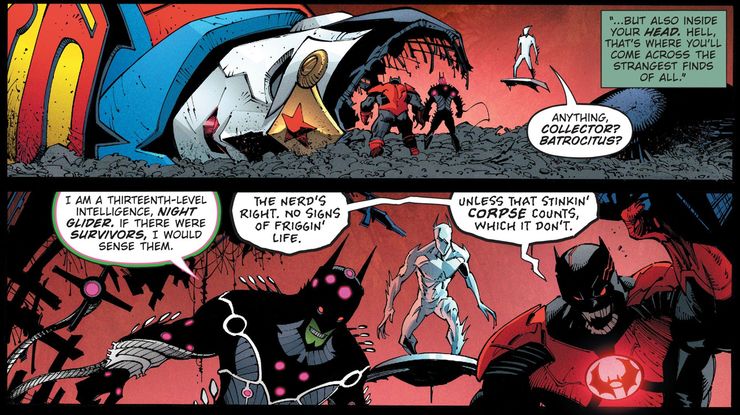 DC was not even trying to hide the fact that they were copying Marvel Comics’ Silver Surfer for Death Metal with Night Glider. Night Glider of course has the signature bat themed costume. He is covered fully in silver, has bat wings comings out of his guards and shoulders, as well as the trademark bat ears. The guy rides a floating glider like board. Aptly called Night Glider, his name borrows from Batman and Silver Surfer’s superhero code names. ‘Night’ refers to the Batman while ‘Glider’ is a shameless substitute for Surfer.

In Dark Nights: Death Metal, it is revealed that all the evil Batmen that are now wreaking havoc on the DC Universe were once nightmares that terrorized the Batman. They represent Batman’s greatest fears of what he could have become had he chosen differently. But if Batman ever feared that he could become the Silver Surfer and attain the potent Power Cosmic, then should we start considering that DC is acknowledging the existence of the Marvel Comic Book Universe as part of their official canon multi-verse? There have been crossovers between DC and Marvel before. Nowadays, both the comic book giants are frequently referencing the other. There might be something cooking in the pot here. We have to wait to know for sure.