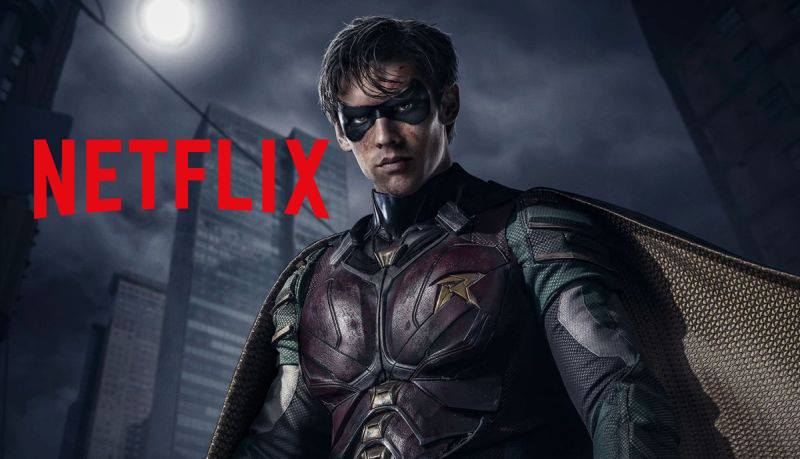 DC’s Titans are set to go international with the help of Netflix!

This news comes to post a deal signed between Warner Bros. and Netflix that allows Netflix to carry the live-action superhero series in International markets.

Netflix will be carrying Titans outside the United States, where the series will premiere on the DC’c streaming platform along China, where there is no Netflix.

This deal sounds similar to previous co-licensing deals Netflix has signed with providers like CBS All Access for the rights to Star Trek: Discovery. Netflix has earlier co-licensed Black Lightning series with Warner Bros.

Titan stars Brenton Thwaites as Robin, Teagan Croat as Raven, Anna Diop as Starfire, Ryan Potter as Beast Boy and Alan Ritchson as Hawk. The series is produced by Geoff Johns, Greg Berlanti and Alicia Goldsman in association with Warner Bros. The first season is slated for 11 episodes.

The series will also be heading to New York Comic Con this weekend, where it will host its premiere along with a question and answer round between cast and fans.

“Titans follows young heroes from across the DC Universe as they come of age and find belonging in a gritty take on the classic Teen Titans franchise. Dick Grayson and Rachel Roth, a special young girl possessed by a strange darkness, get embroiled in a conspiracy that could bring Hell on Earth. Joining them along the way are the hot-headed Starfire and loveable Beast Boy. Together they become a surrogate family and team of heroes.”

Thwaites also revealed that the camaraderie between the heroes extends to the stars who play them as well.

“My favorite scenes [were] fighting [alongside] those guys because, one, I feel like the actors that were cast were all brilliant and lovely to work with, and we all got along really well,” Thwaites said. “But also, the scenes were quite difficult and [we had] night shoots in the winter in the snow, so I feel like that camaraderie just in the actors alone hopefully transfers to the TV.”