Billionaire by day, vigilante by night, Batman is undoubtedly one of the most popular superheroes of all time.

Having witnessed the murder of his parents at a very young age, Bruce Wayne turned his deepest trauma into his greatest asset.

Using his massive personal wealth, he traveled the entire earth to learn martial arts, science, advanced gadgets, and hidden arts which would enable him to pursue a life of crimefighting. 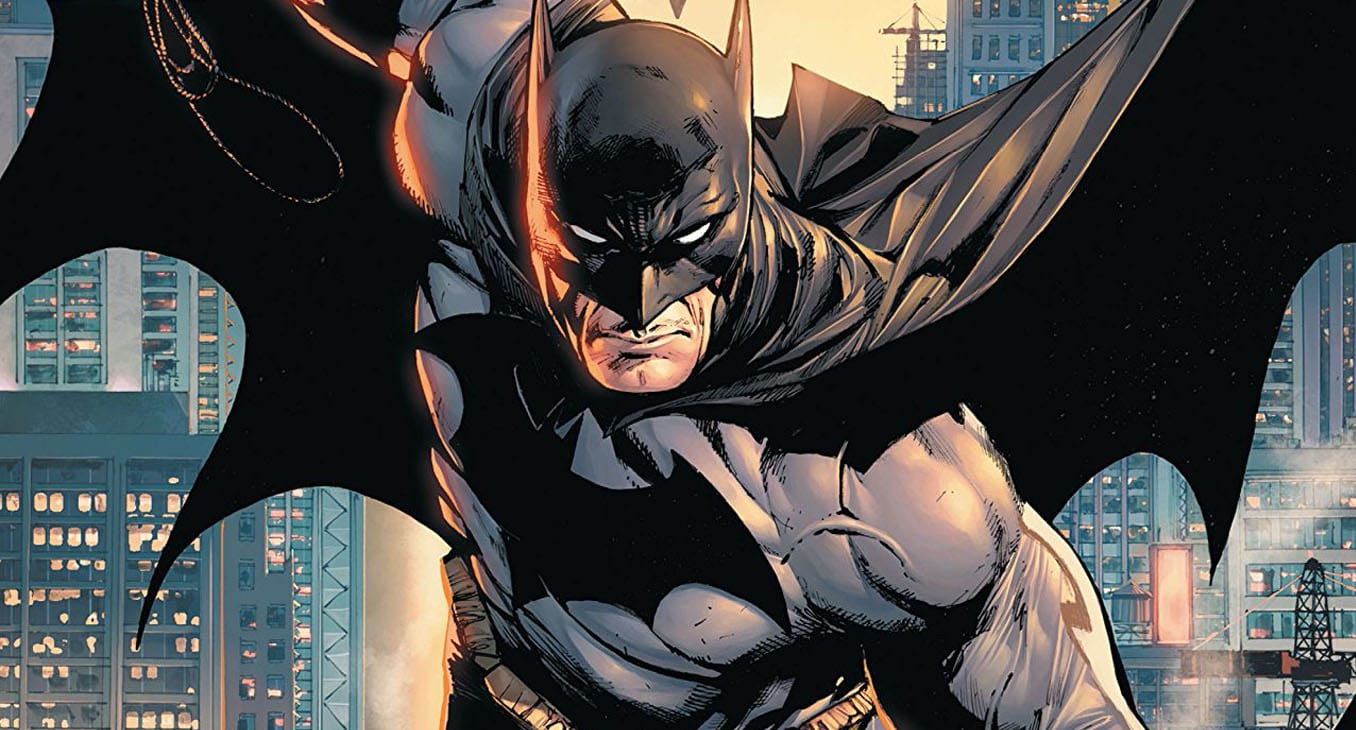 Considered to be the most dangerous human on Earth, Batman is one of the co-founders of the Justice League of America.

Despite having literal gods and superhumans in the group, the Dark Knight has made himself one of the most valuable members of the league. 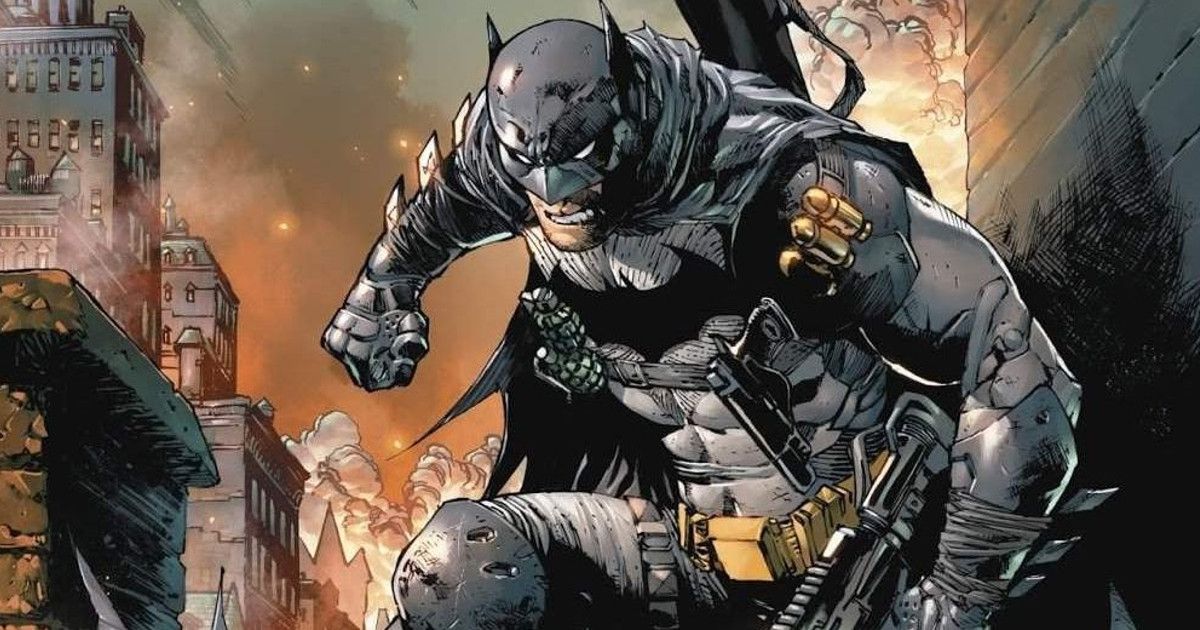 His genius intellect, perseverance, peak human abilities, and powerful technological gadgets have helped him take down foes much more powerful than him.

If not for his array of gadgets, the Caped Crusader would have been left for dead a long time ago.

Let’s check out the 10 deadliest gadgets used by Batman in his fight against evil.

For a man who gets paranoid when it comes to his secret identity, removing his mask without his permission is definitely not a wise decision.

Introduced in Batman: Hush, a bunch of low-level street thugs tried to take off Batman’s mask when he was lying unconscious in an alley, courtesy of Hush.

What followed was instant regret and a few hundred volts of electric shock. 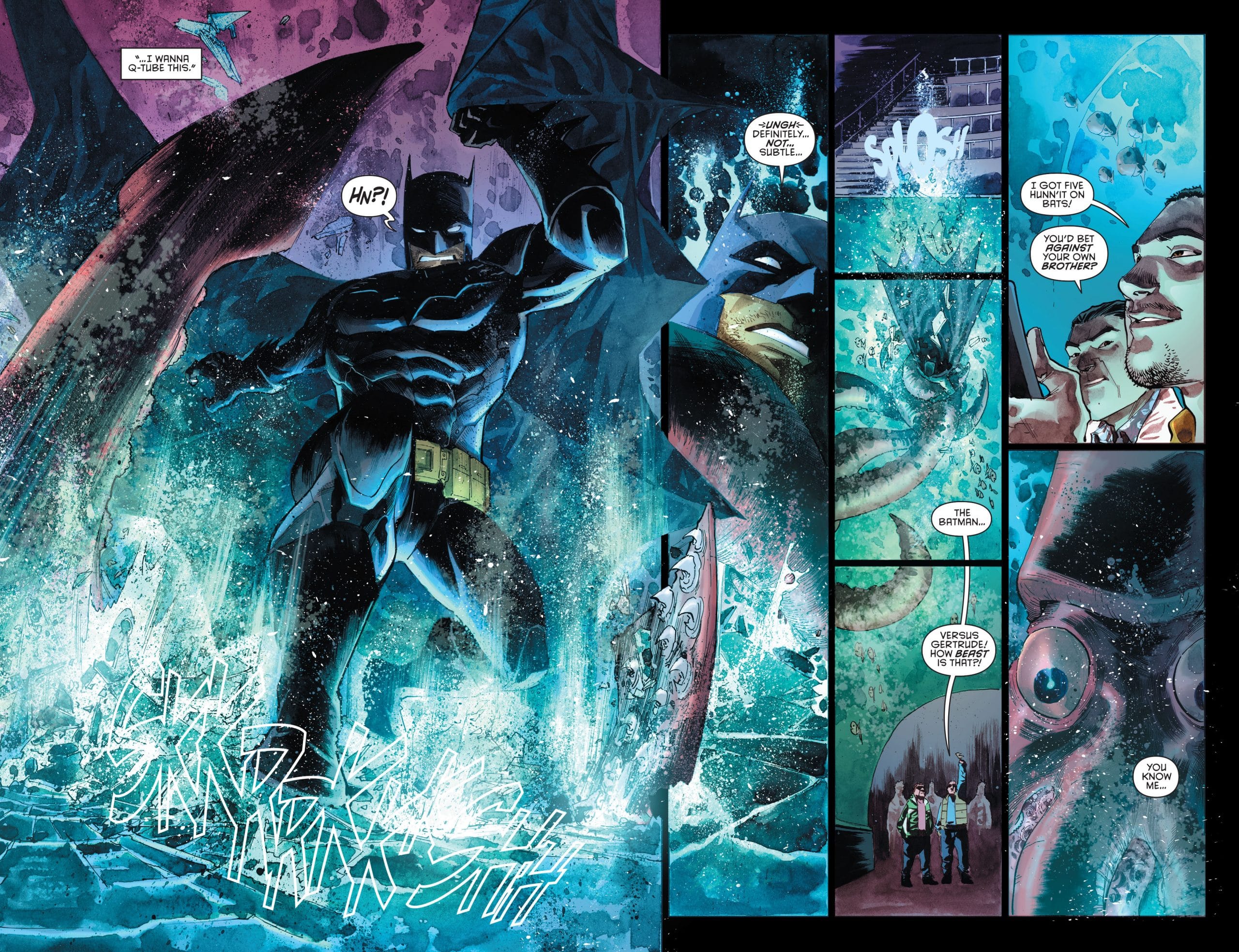 This feature was also introduced in The Dark Knight when one of Joker’s thugs tried to unmask Batman.

A handy technique when it comes to protecting your secret identity at all costs, Batman can also remodel his entire suit as a taser if the situation arises while keeping himself insulated from the jolting electric shocks.

The most primitive gadget used by the Dark Knight, the Batarang is his most trusted and reliable weapon for a few decades now.

Created from cold-pressed metal, the Batarang is just a bat-shaped metal piece with really point ends. 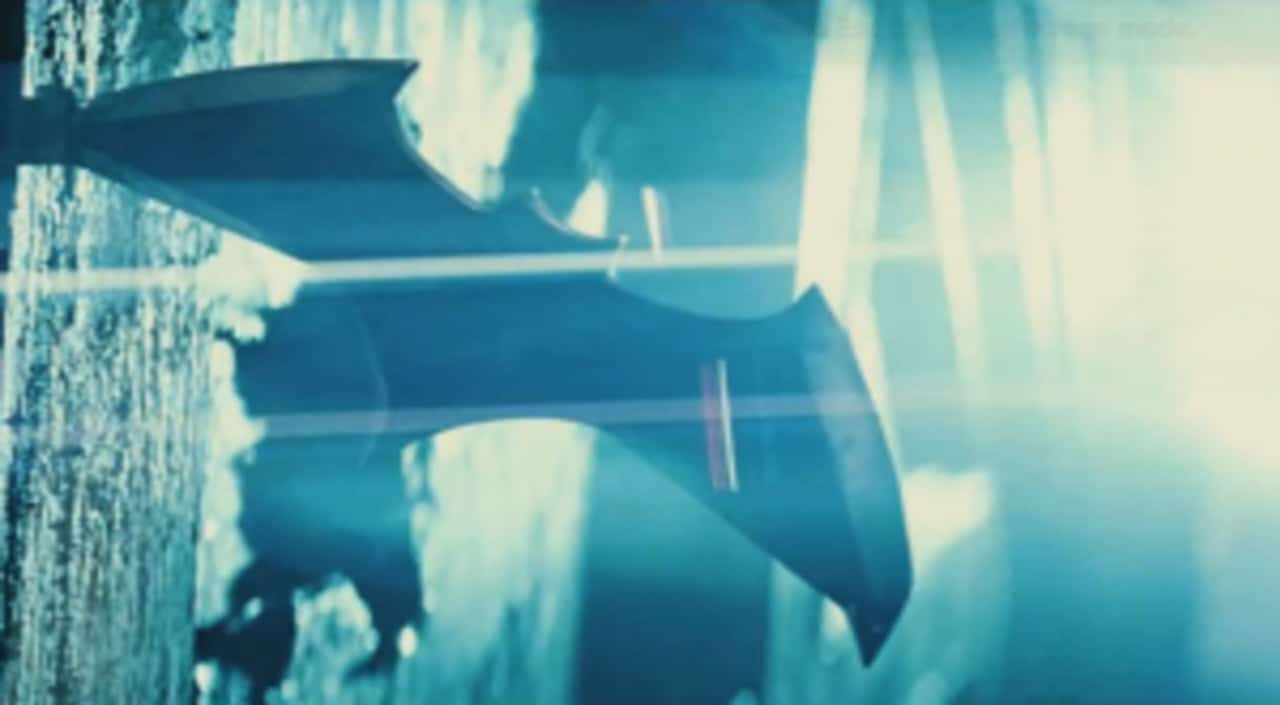 As one of the first-ever gadgets used by Batman, the Batarang is mostly used as a disarming weapon.

Its pointed edges can easily penetrate flesh and bones, which makes it a deadly gadget.

In later editions, different kinds of Batarangs have been created by the Dark Knight.

From electric Batarangs to remote-controlled ones, one of Batman’s most primitive gadgets has become even deadlier.

The closest Batman ever went to become a Jedi/Sith-Lord, Batman: The Brave and the Bold introduced us to one of the craziest weapons ever wielded by the Dark Knight: the Bat-Sword.

If you’re thinking how inconvenient it would be for Batman to jump across building with a sword dangling, then you’re not the only one. 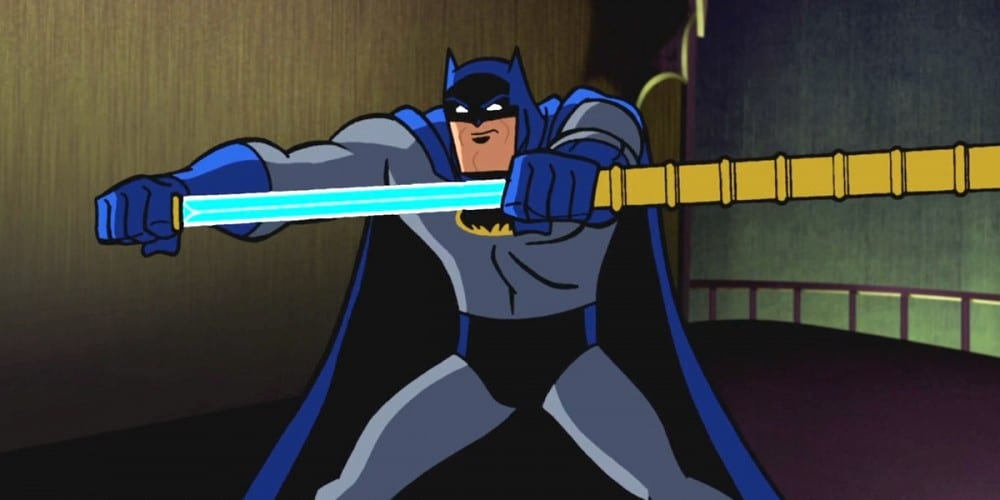 Known for his unbreakable moral code, it was surprising to see the Dark Knight using such a lethal weapon for a change.

Nonetheless, he unsheaths a large electric sword from his famous utility belt to fight his enemies.

Having trained under Ra’s Al Ghul, Batman is also a formidable swordsman who can proficiently handle an electric sword.

There have been numerous storylines with Batman as the protagonist. But, only a few have survived the test of time.

One of them is the critically acclaimed Batman: Knightfall written by Doug Moench.

As Batman is mentally and physically broken (literally) by his nemesis Bane, Jean-Paul Valley rises up to the situation to fight crime in Gotham. 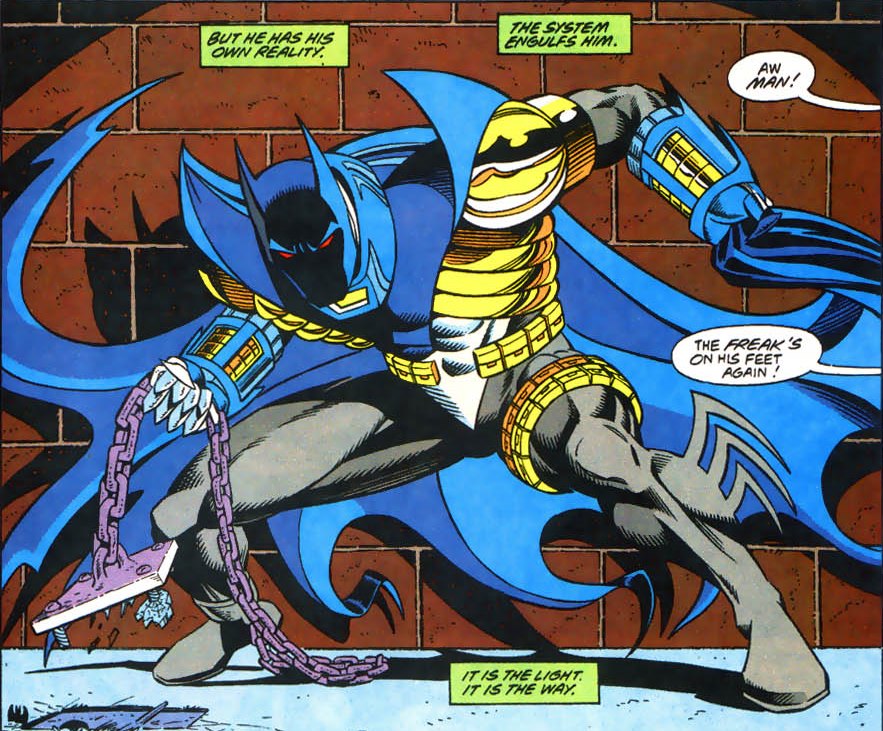 A much more violent and ruthless vigilante, Jean-Paul Valley was quite different from Bruce Wayne when it came to the concept of justice.

He also used a much more different and powerful Batsuit than the one used by Bruce.

As a result, Bane, who had humiliated Bruce Wayne by breaking his back was defeated in no time by Jean-Paul Valley and his superior gadgets.

Trusting others doesn’t come easily to the Dark Knight. It also includes the Justice League.

Having created a contingency plan for each and every member of the league for the worst possible scenario, Batman is especially warier about the most powerful member of the Justice League: Superman. 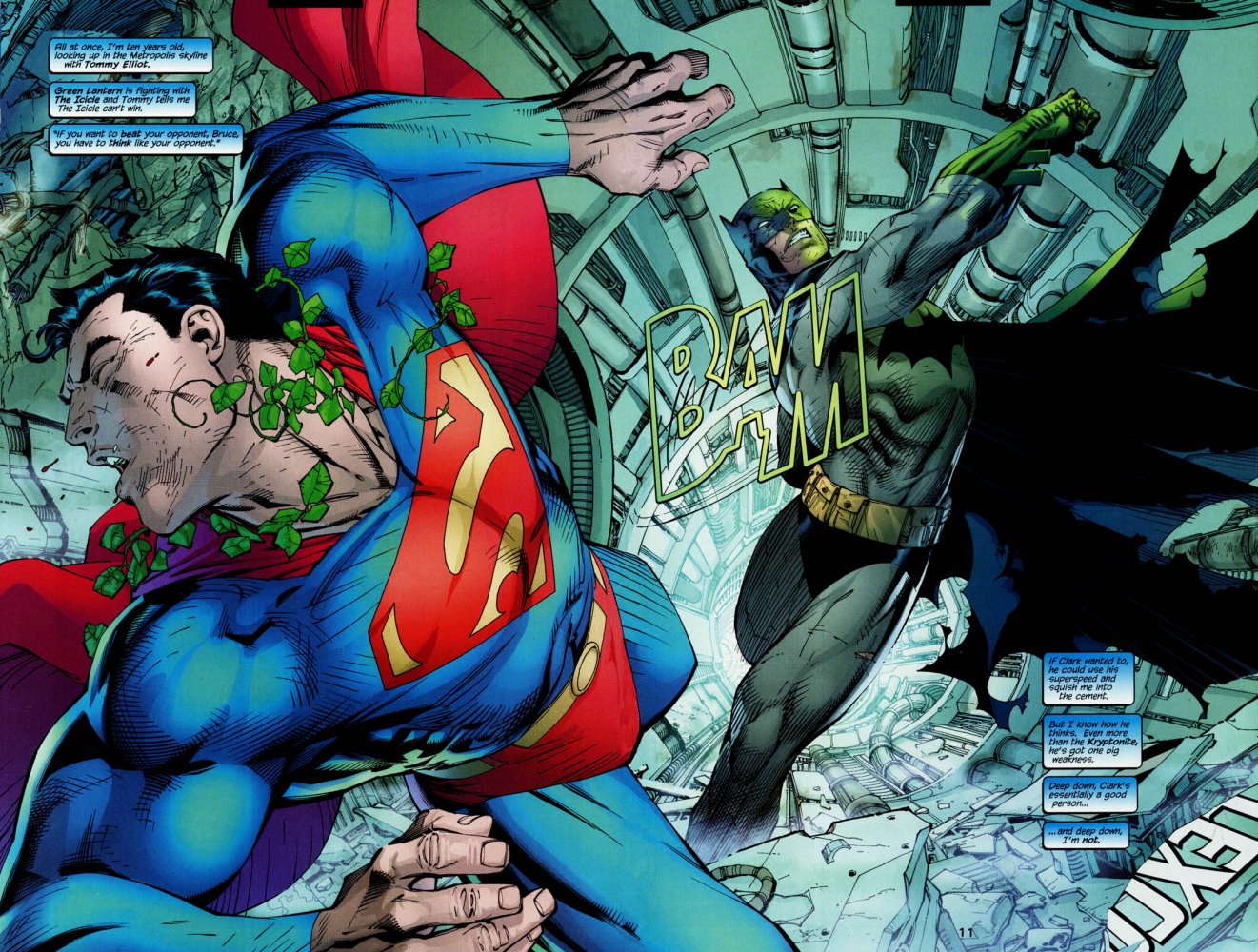 As the Man of Steel is much more susceptible to magic and mind control, he has gone out of control numerous times.

To keep him in check, Batman uses a specially created Kryptonite ring that he keeps inside his utility belt.

In Batman: Hush, the Dark Knight was forced to use the Kryptonite Ring against a mind-controlled Superman.

To stop crime, it is important to nab or catch criminals before they flee.

As a result, Batman uses the famous Batmobile to move across Gotham to save valuable time.

Equipped with state-of-the-art technology and gadgets, the Batmobile is a force of nature. 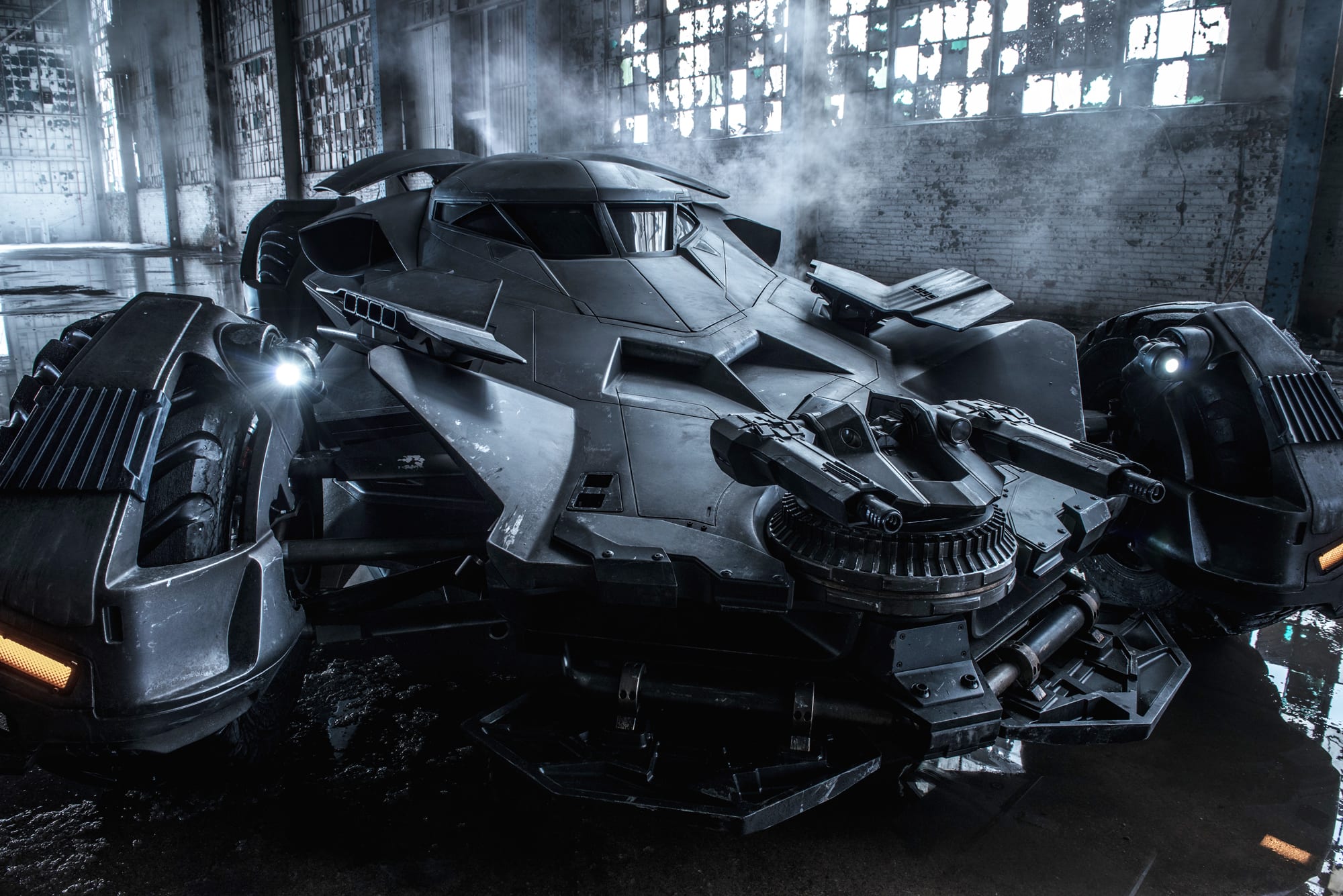 Loaded with powerful guns, the Batmobile is also able to launch rockets and bombs if the need arises.

As the Batmobile has changed its appearance drastically over the years, we have high hopes from Matt Reeves’ upcoming The Batman.

Batman is not just another vigilante who wears a fancy costume to fight crime. He is also a highly accomplished scientist, detective, and hacker.

To aid his pursuit of crimefighting, Batman uses a supercomputer which is known as the…Bat Computer. 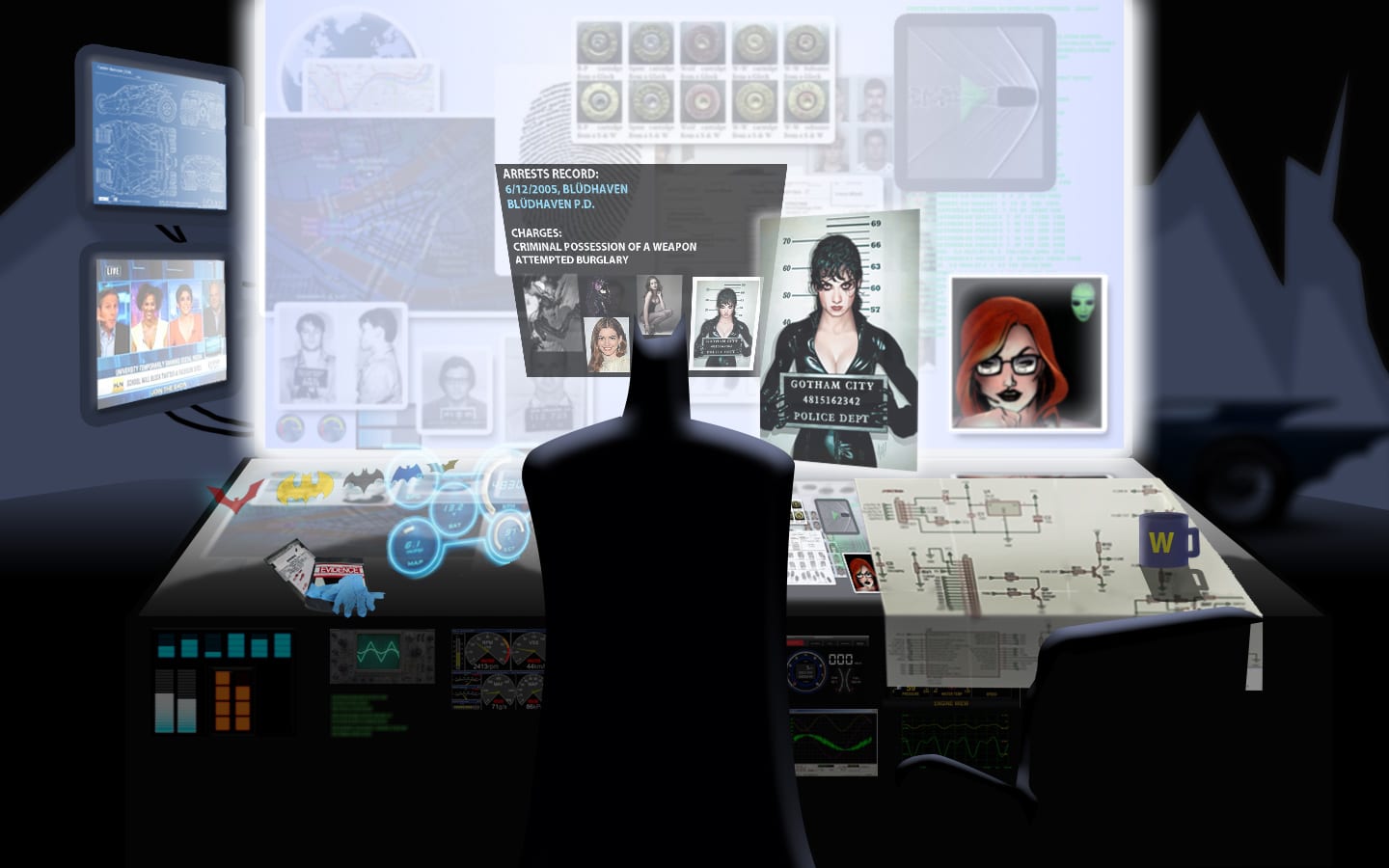 Having its mainframe installed in the Batcave, the Bat Computer stores some of the most sensitive data regarding criminals, supervillains, secret societies, and even nations.

Created to help the Dark Knight in his detective work, the Bat Computer’s prominence has gone up in recent years.

Making its first appearance in The Dark Knight Returns by Frank Miller, Batman donned the Power Armor to fight his closest ally, Superman.

As the two heroes had gone their separate ways after decades of fighting together, their ideological difference brought them together once more, but as foes. 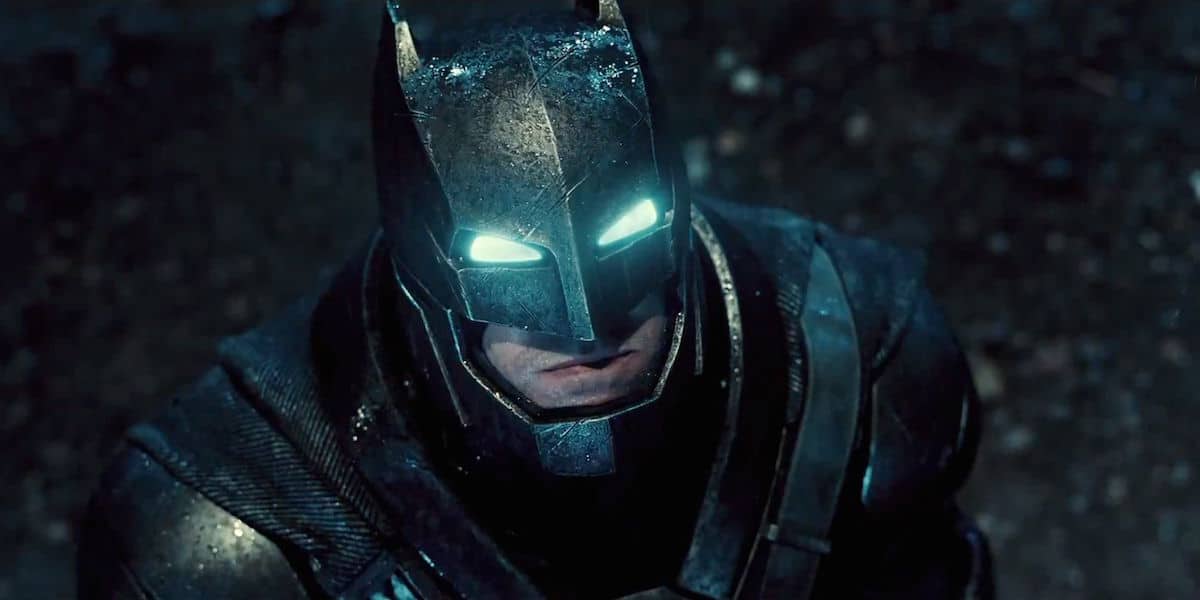 To fight the Man of Steel, Batman created the Power Armor which could withstand blows from the Kryptonian. With a little help from Oliver Queen/Green Arrow, Batman went toe-to-toe with Superman in the epic fight.

The most famous gadget used by Batman, the utility belt serves the exact purpose for which it was created.

Housing all kinds of eccentric and lethal gadgets used by the Dark Knight, the utility belt is always full of surprises. 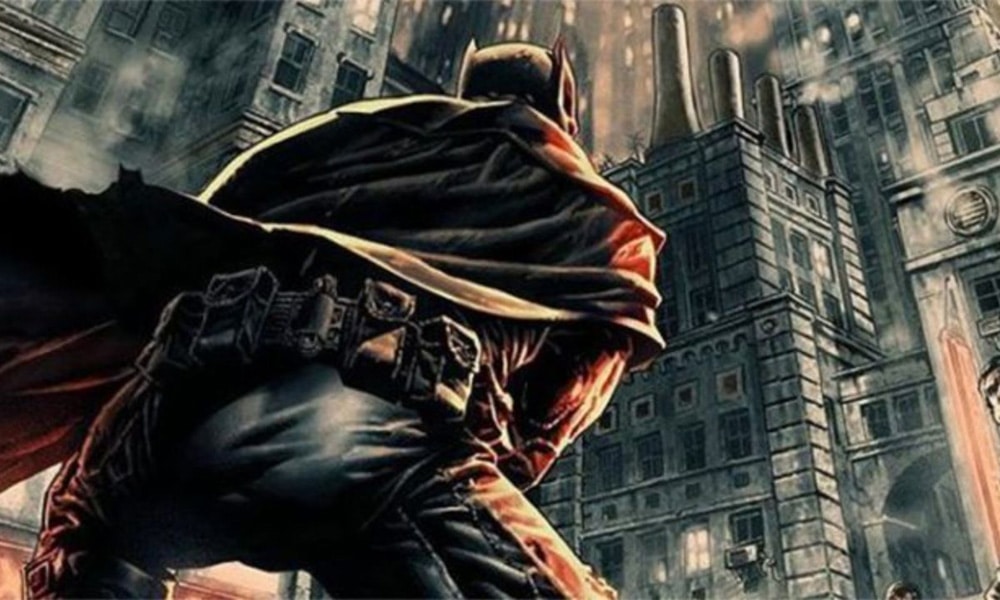 Also see: The Batman: Complete Trailer Breakdown and All The Easter Eggs You Missed!

When out of weapons, the utility belt itself can be used as a weapon to shock the enemies with jolting electricity of a few hundred volts.

The reason Batman’s utility belt ranks so high up in the list is because of its sheer unpredictability. Like Batman’s prep-time, the utility belt has housed some shocking gadgets in the past.

The most over-powered armor used by the Dark Knight, the Hellbat armor was forged by Superman on the sun itself.

The armor is also granted a few abilities by the Flash, Green Lantern, Aquaman, Cyborg, and Wonder Woman to make it much more durable and powerful even in the harshest conditions. 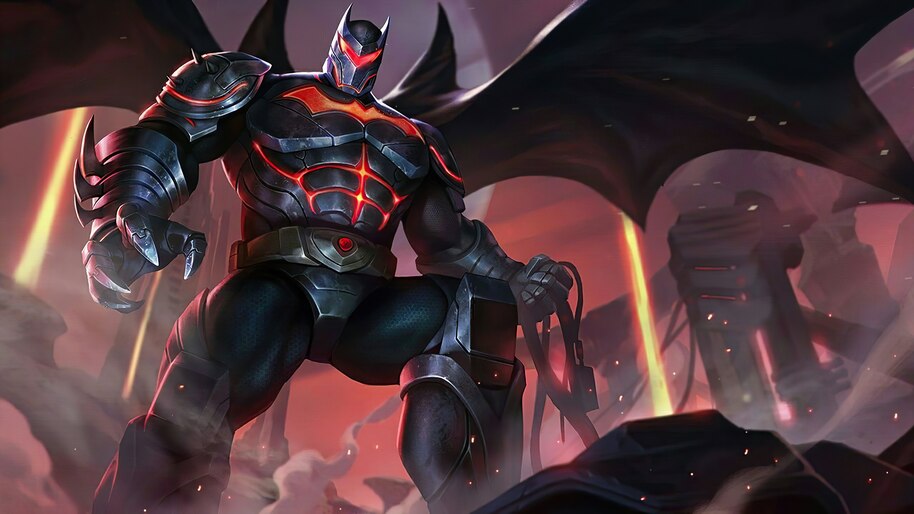 The Hellbat Armor is equipped with an advanced A.I. system which helps Batman to stay focused.

As the suit is powered by Batman’s metabolism, long usage can result in fatigue, or even death.

Batman had donned the Hellbat Armor to retrieve his son, Damien Wayne, back from Apokolips.

Using the suit, the Dark Knight cleared scores of Parademons and even went up against the planet’s monarch, Darkseid.

The Hellbat Armor can turn invisible, shoot destructive blasts of energy, and fly.

Which gadget is your favorite? Let us know in the comments!