It’s been a long time coming, but Deadpool has finally gotten the recognition he deserves. No longer is Wade Wilson just another test subject in the Weapon X program that created Wolverine. Now, Marvel has made it official: Deadpool is Weapon IX, the experimental super-soldier that made Wolverine possible.

The confirmation (well, technically a heavily-implied namedrop and joke) comes in the pages of Wolverine & Captain America: Weapon Plus #1, as the two heroes team up to unravel the secret history of the titular program. For clarity’s sake, Weapon Plus is the same line of generational research that produced Captain America (‘Weapon I’), Wolverine (‘Weapon X’), and plenty other test subjects before and since. And thanks to a chalkboard in one Weapon Plus lab, it looks like Deadpool can officially be slotted into the ninth generation–exactly as his creator Rob Liefeld always intended.

Officially, the ninth version of the Weapon Plus program that preceded Wolverine was focused on criminals and psychopaths. In the new comic,  Weapon Plus entry lists “Project 9” as something codenamed “Psyche,” with the final page revealing the insignia for Psyche as three theater masks overlapped, suggesting split moods or fractured minds. Pile that evidence together along with the name of the project lead, “M. Hunt”… presumably short for “Mike Hunt”… and it’s hard to imagine anything other than Deadpool’s place in the program finally being set in stone.

Rob Liefeld has gone on record that in his creation of Deadpool, him being revealed as “Weapon 9” was always the plan

For those unclear on the order or the logic behind Deadpool preceding Wolverine, Liefeld explained in an interview with CBR:

I told Marvel, “Wolverine is Weapon X. Weapon X is Roman numeral X. Is that correct?” They’d say, “Yes, Rob, that’s correct.” “To my knowledge you’ve not introduced Weapon one, two, three, four, five, six, seven, eight, nine. Have you done that? Do you have plans for that?” “No.” I said, “Guys, he’s the guy that went right before Wolverine, and they screwed him up because they had to break a lot of eggs before they made the omelet.”

At that time — and I cannot be any bolder than this — walking out of “Twins,” a very popular movie in the late ’80s: Schwarzenegger and DeVito, and the whole thing of this comedy was, “How are they twins?” And in the third act, when they are with a scientist, because they were genetically manipulated, they go to Arnold, “How are we twins?” And they go, “Well, you’re all the good stuff.” And he goes, “I’m all the good stuff.” And then Danny goes, “Wait, wait.” “You’re all the crap.” He’s the waste of the program. Deadpool is the crap of the Weapon X program. And scarred, mutilated, disfigured — he ran away from the program and took his talents to use as a mercenary and bounty hunter.

As we await official confirmation following this issue, or a tease ahead of the follow up story, “Weapons Free,” fans are free to speculate, and celebrate. Until then, read the full solicitation details and plot synopsis below: 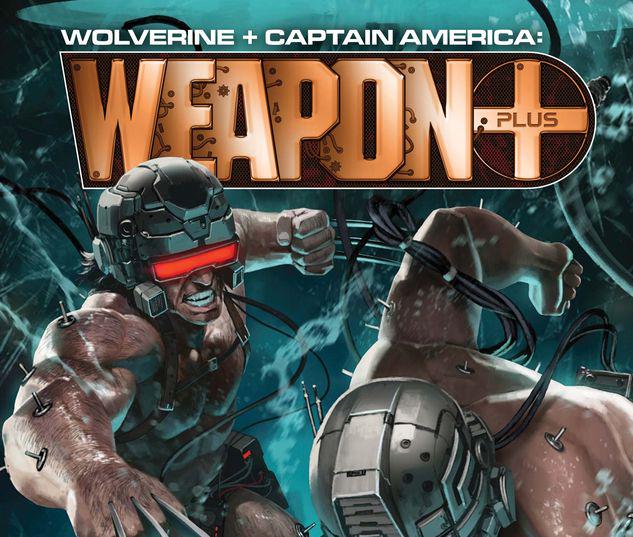 Wolverine & Captain America: Weapon Plus #1 is available now from your local comic book shop, or direct from Marvel Comics.