MCU fans have only dreamed of watching Deadpool and Black Panther sharing the screen, but their comic book crossover shows that if the two cross paths, the fight may not go the way you think. Their showdown in the comics will see Deadpool sitting on the throne of Wakanda. Yes, we’re not even kidding. 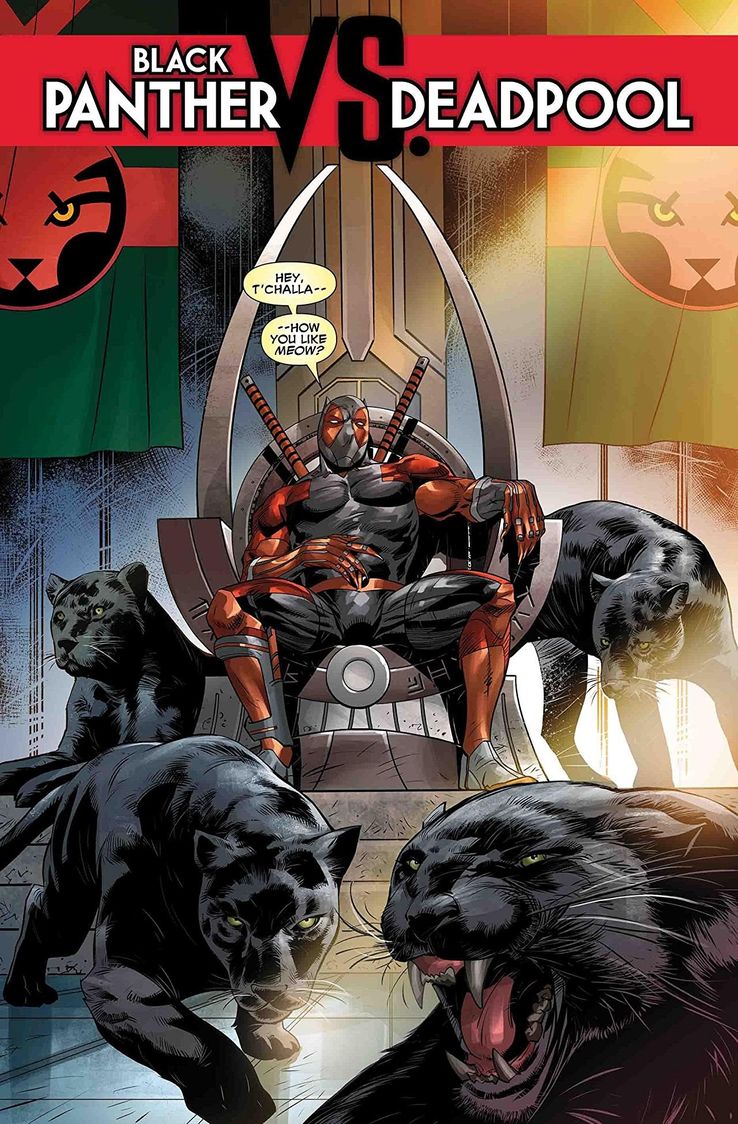 This has come in before the release of Marvel’s Black Panther vs Deadpool limited series. But before you get worried about the “twist” of the series getting revealed, we should tell you that based on the teased details, it seems like the level of insanity would be high.

For those fans wondering what brings them together, it all began when a friend of Deadpool’s ends up clinging to life, and ultimately needing a chunk of Vibranium to stay alive. This leads Wade Wilson to head towards Wakanda, which happens to be the home of T’Challa, the newest leader of the Avengers who is unusually distracted. He’s so distracted that the kingdom of Wakanda will end up under Deadpool’s reign.

What’s more interesting in this series is the fact that Deadpool isn’t the only one love the “victim clinging to life”, many of Marvel heroes may actually be on his side. Apparently, Captain America and Deadpool also ended their romantic disputes peacefully.

For now, all we can do is guess how Deadpool manages to overthrow T’Challa from his throne. This limited series comes from Late Show writer Daniel Kibblesmith. Check out the synopsis below:

INTRODUCING…PANTHER-POOL! (YES, REALLY!) A classic Marvel team-up gone terribly wrong! Who could have predicted it?! Luckily, there’s an easy solution. All the Black Panther needs to do is give Deadpool a bullet-sized chunk of the world’s most precious resource and let him return to New York in one piece. Wait, you say that’s a terrible idea and that T’Challa would stop at nothing to keep Vibranium out of Deadpool’s homicidal hands? WELL, YOU’D BE RIGHT! But how do you get rid of an unkillable pest? Buckle up, True Believer, because the Black Panther’s about to do the unthinkable!