Deadpool, a super fictional character of the Marvel’s Comics has always received great love from the true sci-fi fans. Deadpool’s character represents him in two different lights. One which fights the enemies aggressively and the other which is known for his splendid humor. 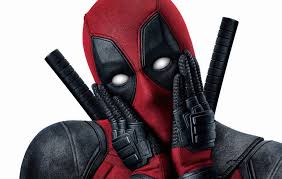 Deadpool was first featured in 1991’s “The New Mutants.” 2016’s Deadpool movie was a big blockbuster published by Marvel Studios. Ryan Reynolds has beautifully played the role of Deadpool. The Deadpool in a hilarious manner tweeted and wished The Golden Girls‘ Betty White her 96th Birthday.

Happy Birthday to the one and only @BettyMWhite. Cheers to another year of ‘Tinis and Weenies! 🍸🌭 pic.twitter.com/vf3gP0G6pZ

What could be deciphered from the Birthday post is a lovely message of Deadpool admiring Betty White photo frame while sipping a Martini and munching on a hot dog. The overwhelming tweet broke the internet and went viral. 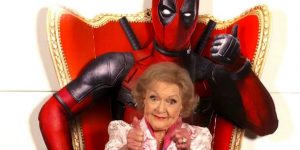 The Deadpool embraced the idea of Vodka and hot dogs coming from Betty White. A great Birthday wish took everyone by surprise, and the ritual of the annual celebration of Betty’s Birthday hence continues.