If you ask people, most would agree that Harry Potter movies are some of the closest book to film adaptation. Right after The Lord of the Rings that is! But we are focusing on the world of Hogwarts this time around; and the movies usually are pretty spot on when compared to the books.

One of the biggest parts of the Harry Potter movies is the Dark Arts. And as Dumbledore’s Army would say, we all need to know the basic of Defence Against Dark Arts. The DADA subject went through a plethora of teachers from the beginning to the end.

It started with Professor Quirrell, the brought in the magnanimous Gilderoy Lockhart before moving to our favorite Professor Lupin. Then the fake Mad Eye stopped by for a while; before the pink poodle, aka Madam Umbridge created chaos inside the halls of Hogwarts. Finally Snape got to teach the subject he always desired; but only for a year after which he was made the Headmaster and the position went to one of the Carrow’s – Amycus. 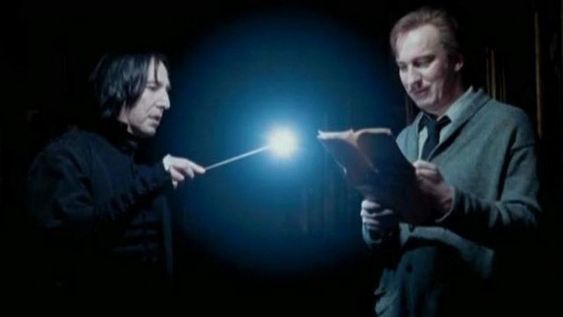 But the movies can not include every aspect of the books in them; and when it comes it Harry Potter, the same is true. Even with Dark Arts being a major part of the movies, they still ended up missing on quite a few things!

Here are 10 things that the Harry Potter movies missed out from the books: 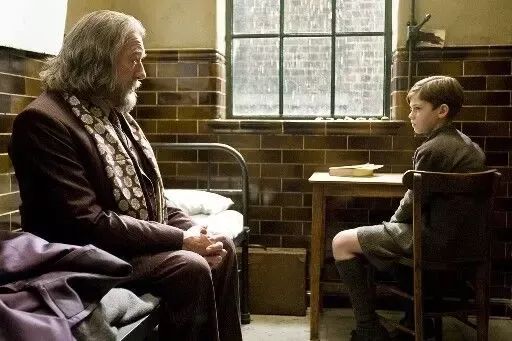 One of the things that was never even mentioned in the movies is that Tom Riddle, that is Voldemort, once applied for the post of Defence Against Dark Arts professor in Hogwarts. But Dumbledore was already the Headmaster by that time, and rejected his application. Many believed that rejection is the reason that the post of the Defence Against Dark Arts professor is cursed. 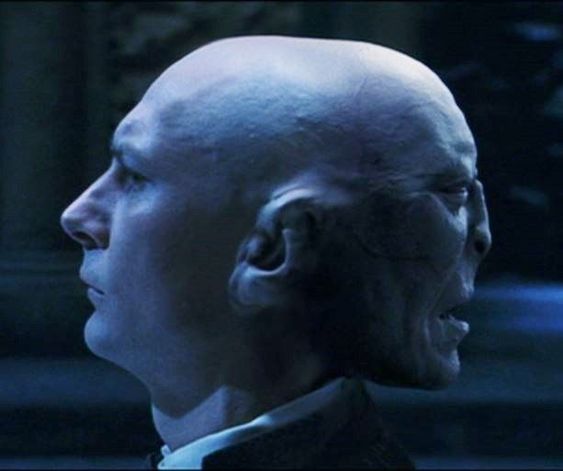 In the first book, there are more challenges before Harry reaches the last hurdle to face his opponent; who he learns is none other than Voldemort. In the book Harry faints after being choked by Squirrel until Dumbledore gets there; seeing whom Voldemort flees leading to Quirrel’s demise. But in the movie it’s because of Harry touching his face with his hands. 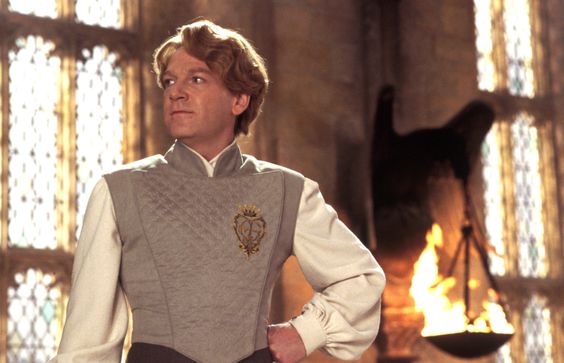 The second year at Hogwarts for Harry is difficult from the very beginning. Dobby’s interference, Lucius Malfoy trying to sabotage both Harry as well as Dumbledore; and then came Gilderoy Lockhart who knows nothing about the subject he’s come to teach – Defence Against Dark Arts. He even goes on to quiz the students on himself, who although throws the students off, is of course topped by Hermione Granger, who also has a crush on the man in the books. The movie also completely opts on explaining what Squibs are in relation to Filch. 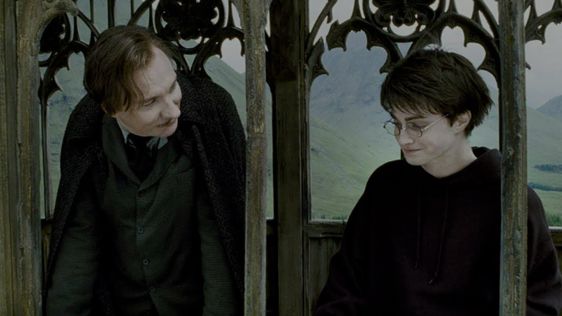 In the movie, we see Harry asking Lupin to help him learn the Partonus spell. But Lupin was the first teacher that was liked by students for the position of Defence Against Dark Arts. Which is not shown in the movie a lot. He makes the students learn about a lot of creatures and spells, which is also glossed over in the movie. The fact that Lupin helps Harry with the Patronus charm, is done with numerous lessons, most of which the movie skips out on. 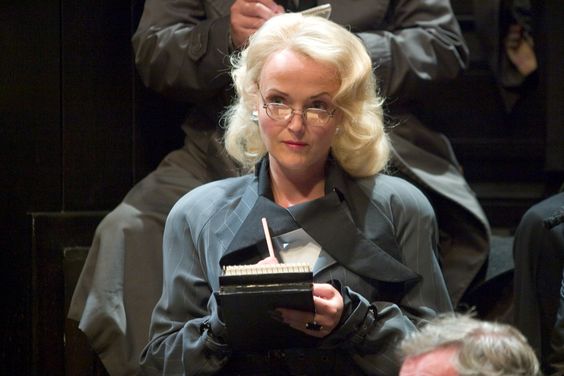 The Goblet of Fire misses out on a lot from the movies. Charlie Weasley is not even mentioned in the movie, whereas in the books he is a part of it. The fact that Harry and Cedric know each other from the past book is also omitted from the movie. But another important part that the movie glosses over is the fact that Rita Skeeter, the journalist from The Daily Prophet is an unregistered Animagus – a beetle, and that is how she gets the scoops on most of her stories, as she listens to conversations in her beetle form, without people knowing.

On Dumbledore’s orders, Snape teaches Harry Occlumency to stop Voldemort from looking into Harry’s  mind. In the movie, one of Snape’s Legilimency spells rebounds and Harry learns about Snape’s days in Hogwarts along with Lily and the Marauders; ad the reason he hates James Potter. In the movie, Harry uses the pensieve to learn about Snape’s past; and when Snape learns of this, he kicks Harry out and stops the Occlumency lessons. 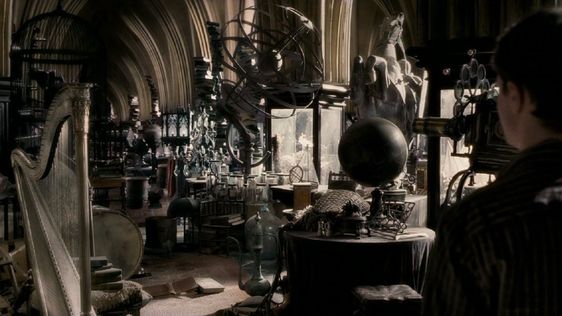 After using Sectumsempra on Harry, Snape gives him detention every Saturday; which leads his to missing out on his Quidditch games. Ginny takes Harry’s place as the seeker for Gryffindor House, and win the cup. This, along with a lot of Quidditch moments are completely looked over in the movies. Also, in the movie it is Harry who gets scared after the Sectumsempra incident; and takes the potion book to the Room of Requirement to hide it, not Ginny. There while hiding the book, he first sees the tiara; which later is revealed to be the Diadem of Ravenclaw. 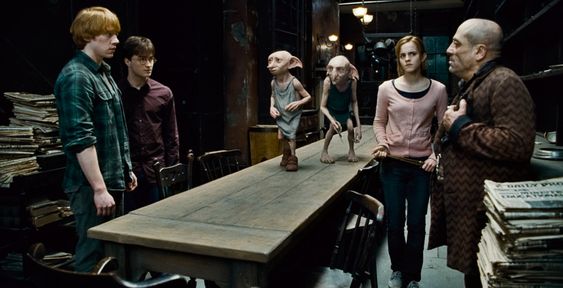 After the death of Sirius Black, Harry gains the ownership of the Grimmauld Place, along with its house elf – Kreacher. The role of Kreacher in the book was quite extensive, and he is the one who tells Harry, Hermione and Ron about the Regulus’ locket; but is skipped over a lot in the movie. The character of Phineas Nigellus Black is also omitted from the movie; which then glosses over on how Snape helped the trio in getting them Gryffindor’s sword. 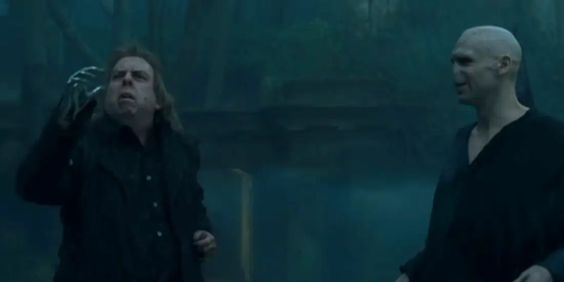 To be honest, Peter Pettigrew betrayed James and Lily Potter and started the whole story. He also sacrificed his hand to give Voldemort his body during The Goblet of Fire. As a reward, Voldemort presented Pettigrew with a silver hand. Pettigrew’s life debt to Harry was finally paid during the Skirmish at Malfoy Manor; when his hesitancy to kill Harry was interpreted as a flaw by the silver hand he got from Voldemort, and it turned on him, strangling Pettigrew. 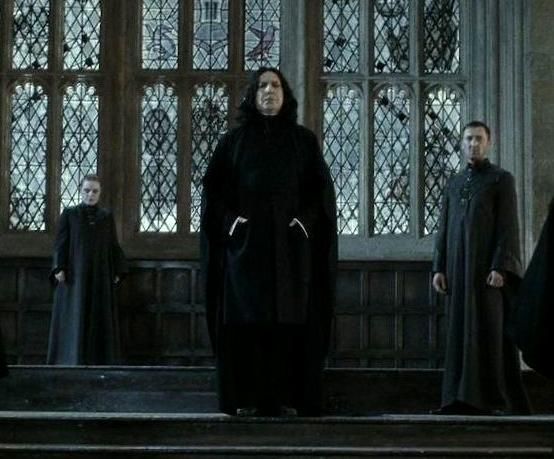 A lot has been said about the three ‘Unforgivable Curses’ in the books, and most of it was glossed over in the movies. During the events of Deathly Hallows, we see Harry using the Crucio curse on one of the Carrow’s to protect McGonagall; and in turn McGonagall uses the Imperio curse on the other Carrow after Harry saves her. This shows how the curse has been used by even the good guys; even though they believe them to be ‘unforgivable’, when in dire situations.