Some of the most interesting details you probably did not notice about our wonderful women of Marvel. Let’s keep aside the handsome hunks of the MCU aside and let’s talk about the magic of Marvel women. Characters like Gamora, Pepper, Natasha, Wanda, Carol, Nebula, etc., have entertained us to an enormous amount with some kick-ass action and commendable acting. The MCU wouldn’t be possible without these women. So, here’s a list pointing many small details that you probably missed about our women of Marvel. Check it out!

One thing has been firmly established in the MCU that the adopted sisters did not like each other even one bit. However, the realization is soon unearthed that no matter what, they have each other’s back. In GOTG Vol. 2, Nebula expresses her only wish of Gamora helping her, and she did, in Infinity War. All this only enhanced their relationship. 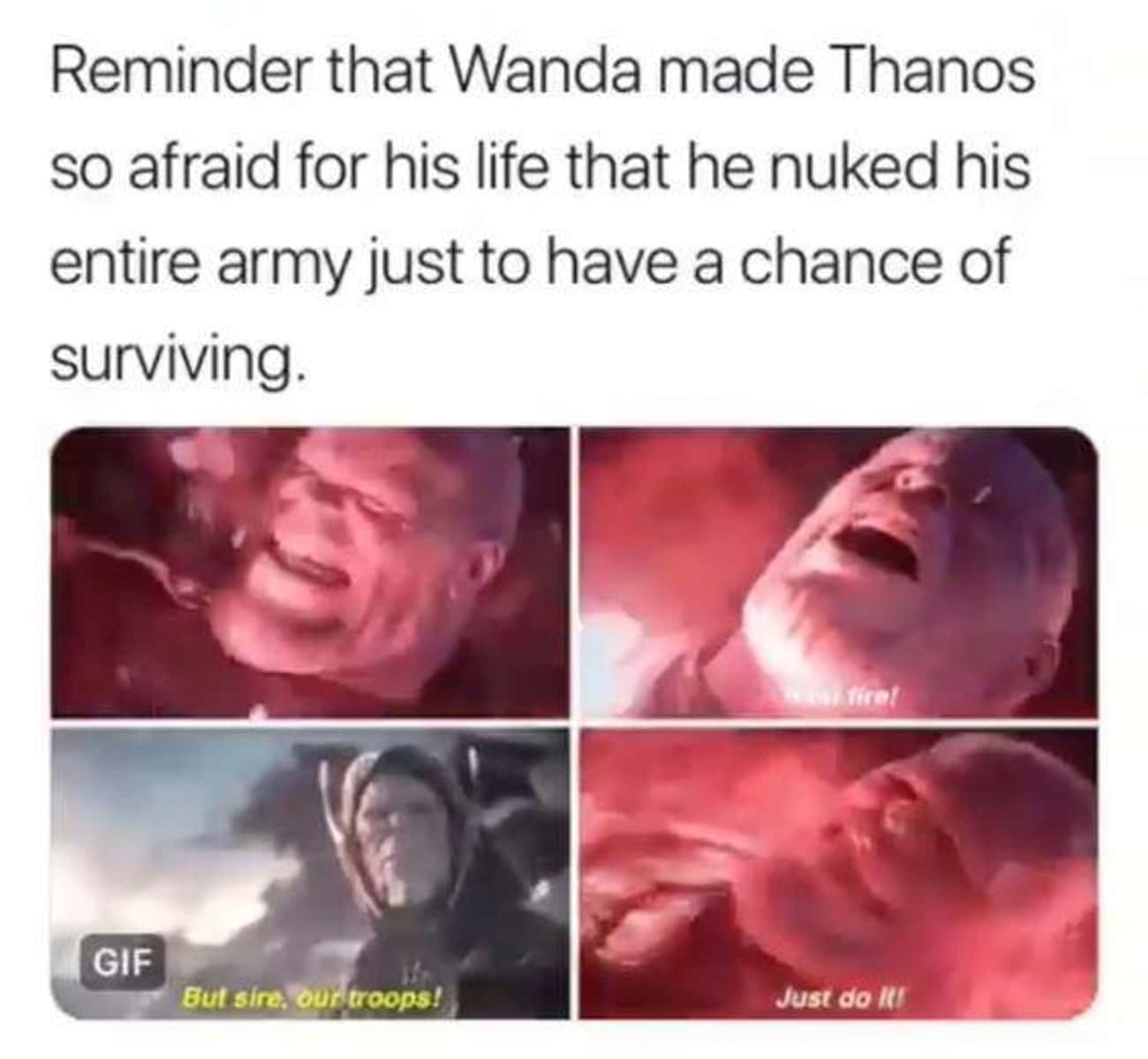 The Scarlet Witch has made it extremely clear that she is a force not to be messed with. In Endgame, she unleashes hell on Thanos which forces him to take out his own troop. This makes me wonder, who’s more dangerous when angry, Hulk or Wanda?

Even though she’s a softy, Natasha is someone you’d think twice before ticking off. In this scene, a quirky detail is that Coulson is so aware of Natasha’s ability that he doesn’t even flinch when he hears the sound of bones cracking. He knows Natasha is safe, and in fact, she’s the danger.

4. Frigga Is A Queen By Nature Too

She’s not just the Queen of Asgard, but she’s one by her nature too. Even though she knows what the future is, she does not do anything that will hinder the natural course of events. This goes on to say that she is also aware of her own death but does nothing about it so she doesn’t interfere with the universe.

5. Once Again Nat, You’re The Best 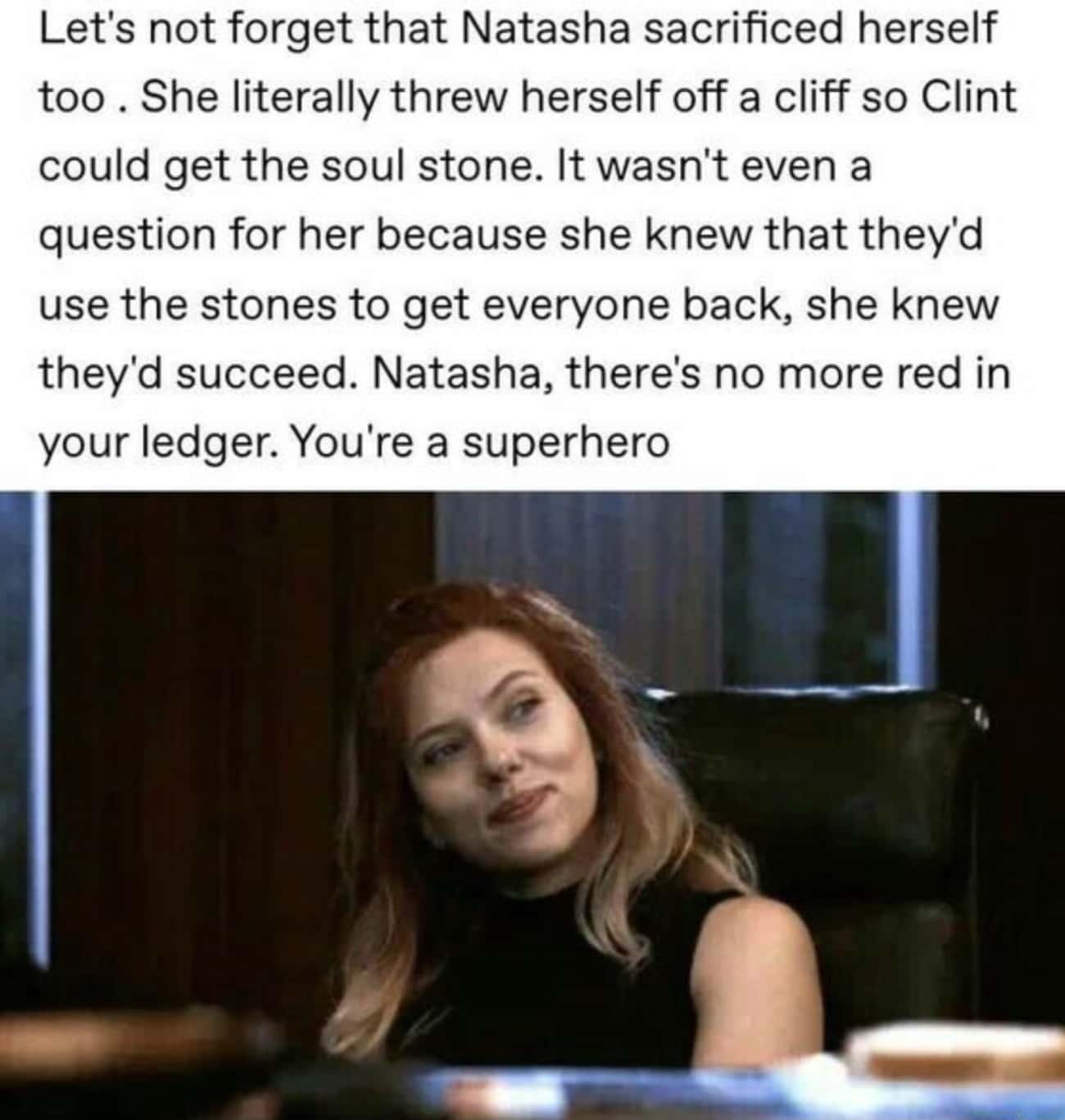 One of the biggest sacrifices in the MCU is that of Natasha’s. She’s someone who has recently found a family (before Infinity War) and probably even lost it again. That is why she doesn’t question anything and right away decides to sacrifice herself. She’s a true hero, and yes, there is no red in your ledger anymore. 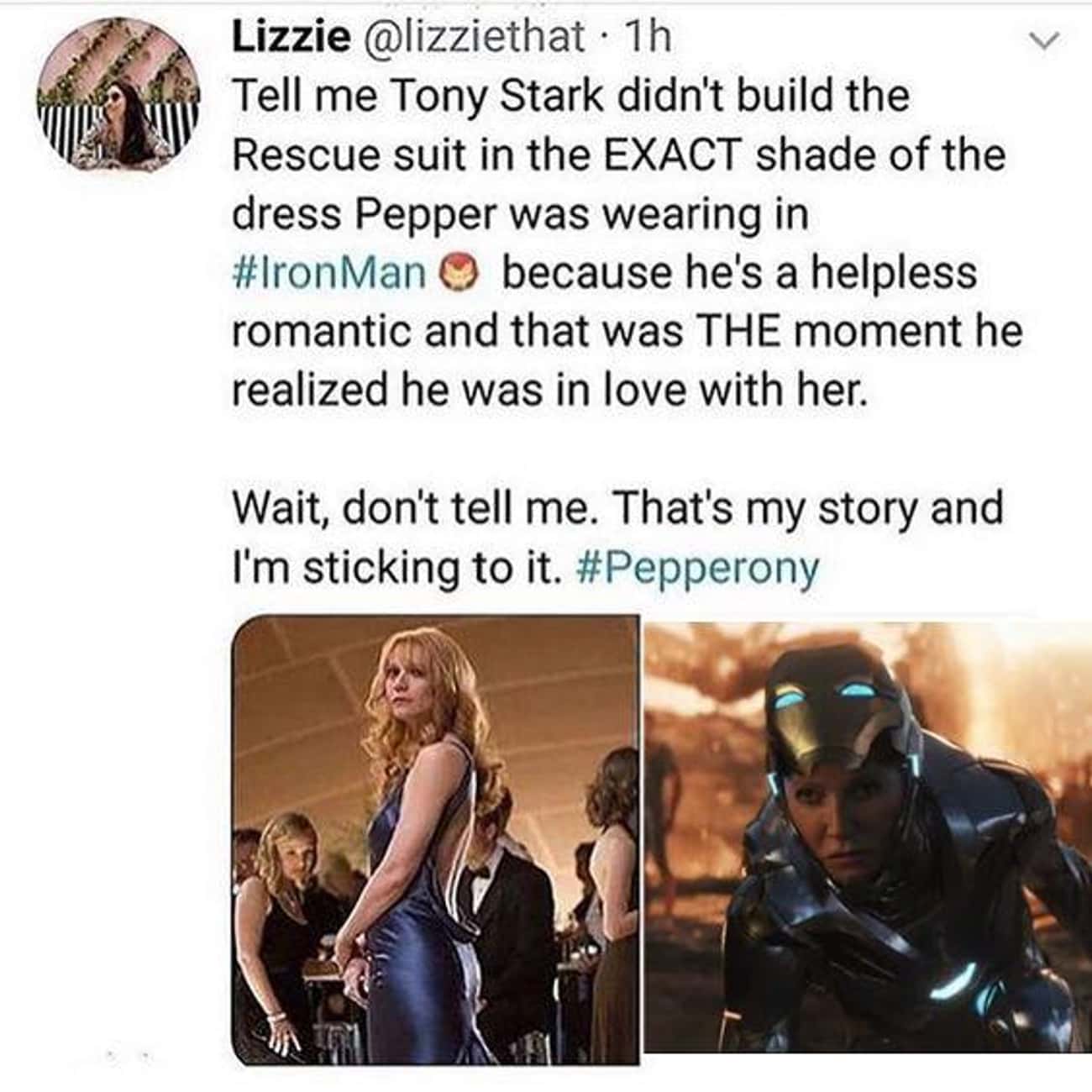 Pepper Potts is a woman of conviction and sheer will. Throughout her course in the MCU, she has shown that she won’t stand for any BS and simply believes what she believes. Tony eventually falls in love with her. So, the suit we saw in Avengers: Endgame is inspired by the moment he fell in love with her. SWEET!

7. Peggy Carter is Being Naughty!

Who knew that Peggy could lie like that? And do you think Steve knows about this? Hilarious!

8. Wanda With Her Finisher 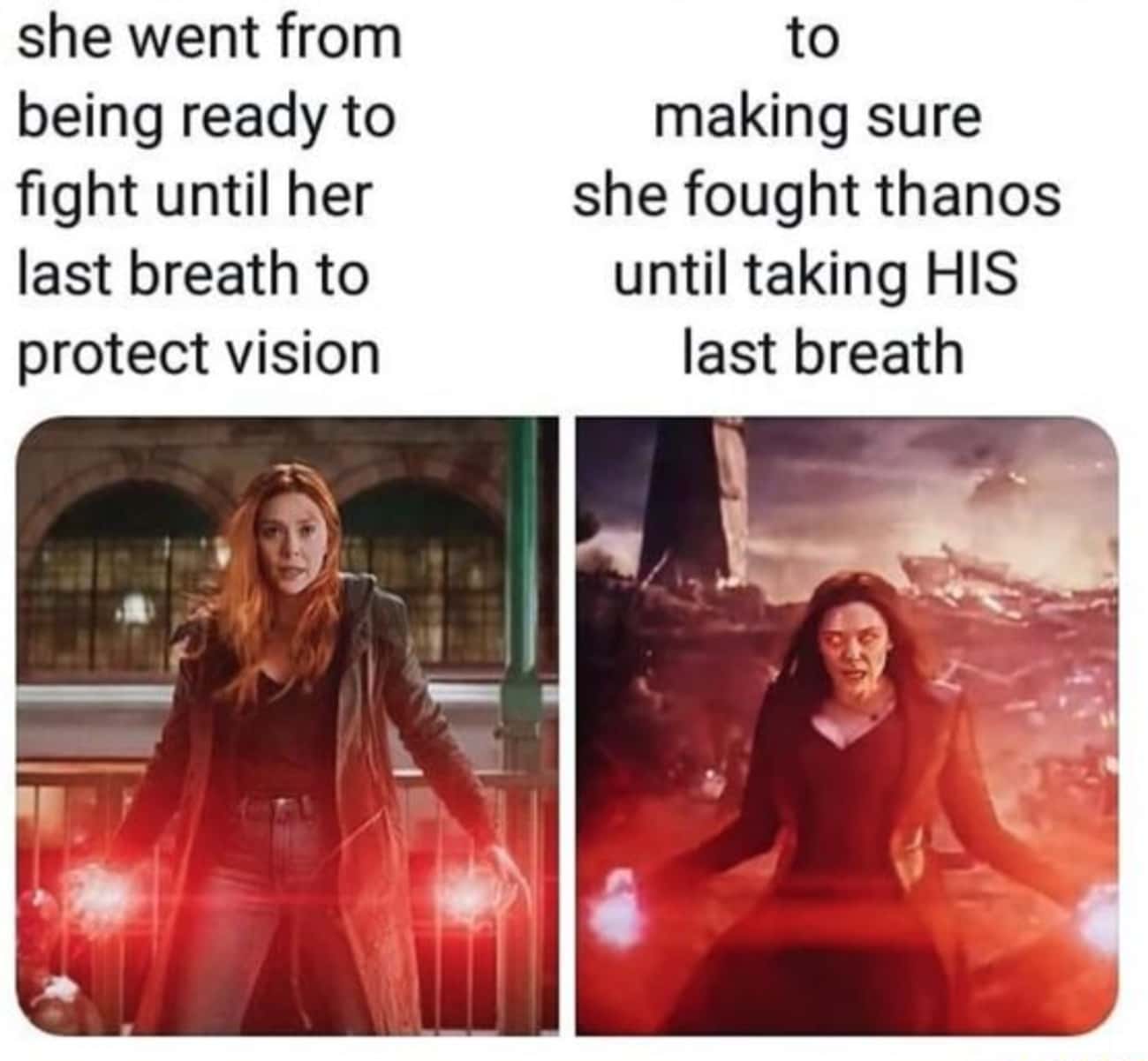 Only if Thanos knew about Wanda and Vision, he would have abandoned her plans of taking the Mind Stone. She did not back down from Thanos and could have even blasted him into pieces. Marvel fans have waited for so long to see a fight between Thanos and Wanda.