Batman is among the frontrunner heroes of Detective Comics. He has had a colorful line of appearances in comic series, TV shows, and movies. Batman’s stellar catchphrase, the self-identifying “I’m Batman,” has been embedded in the standard fan’s mind throughout the decades. He has had other usual phrases like the vengeful “Swear to me” or the mocking “Do you bleed?.” Yet, none have had the same popularity as the “I’m Batman” lines. Here, we will be looking at 10 of the best “I’m Batman” lines in previous comics, shows, or movies of DC‘s Batman franchise.

The 1966 Batman had attained peak popularity in the day’s community. Adam West portrayed the Dark Knight. In the episode ‘The Joker’s Last Laugh,’ he approached a robot bank teller and said, “Good Morning Mr. Glee. I’m Batman.” The irony in this dialogue was reflected by Glee being an emotionless robot. Michael Keaton successfully pulled off the mysterious air inherent in Batman. The film recorded the initial moments of the transition of Wayne into the Dark Knight. Batman threatens muggers. As a result, they ask for his identity. Batman calmly replies, “I’m Batman.”

In the episode ‘Nothing to Fear,’ the Scarecrow tormented Batman with his terrors. An illusion of Thomas Wayne shows disappointment. Kevin Conroy’s emotional exclamation, “I am vengeance…I am the night! I am Batman!”-earned him the ‘best Batman’ title. This is among the best-remembered  I’m Batman” lines among the fans. 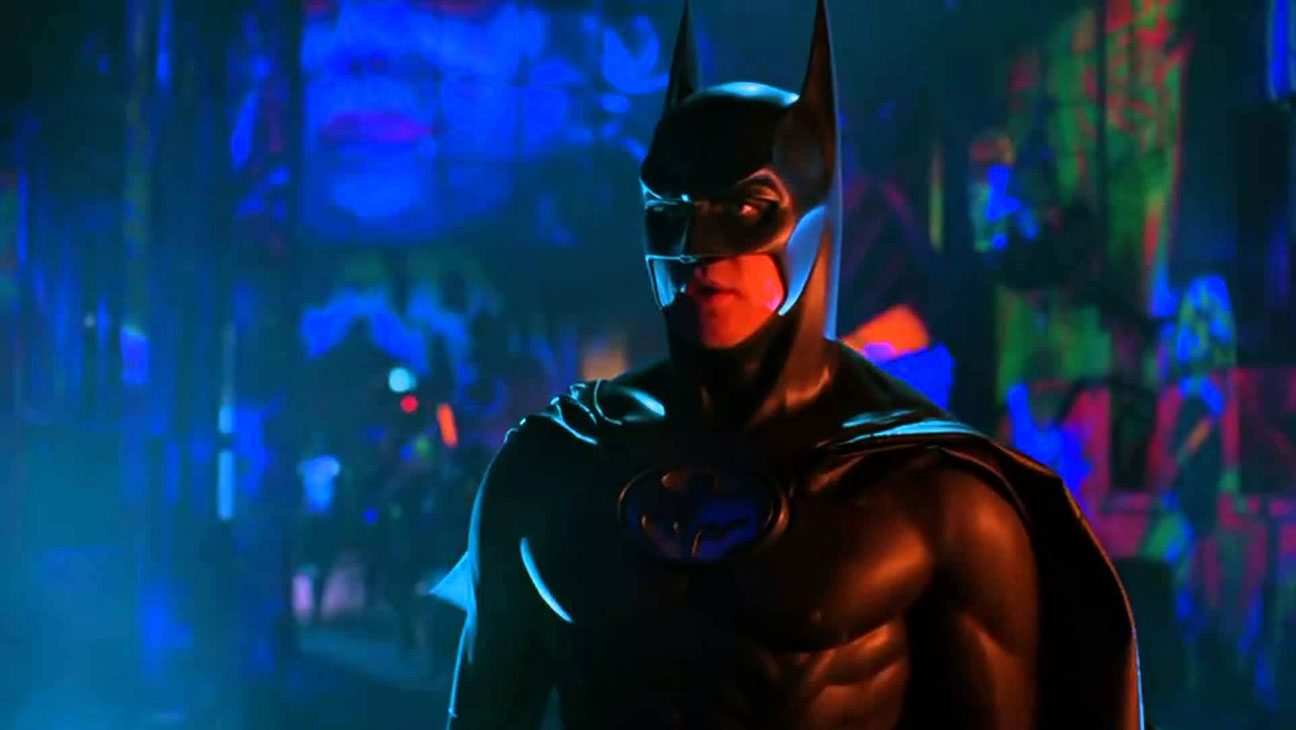 Val Kilmer has been one of the most dedicated Batman actors to date. The most iconic moment of the film is the final moments of the battle with Riddler and Two-Face. The mega reveal of the central riddle comes with, “you see I’m both Bruce Wayne and Batman. Not because I have to be. Because I choose to be.” This Batman has made it into DC history. 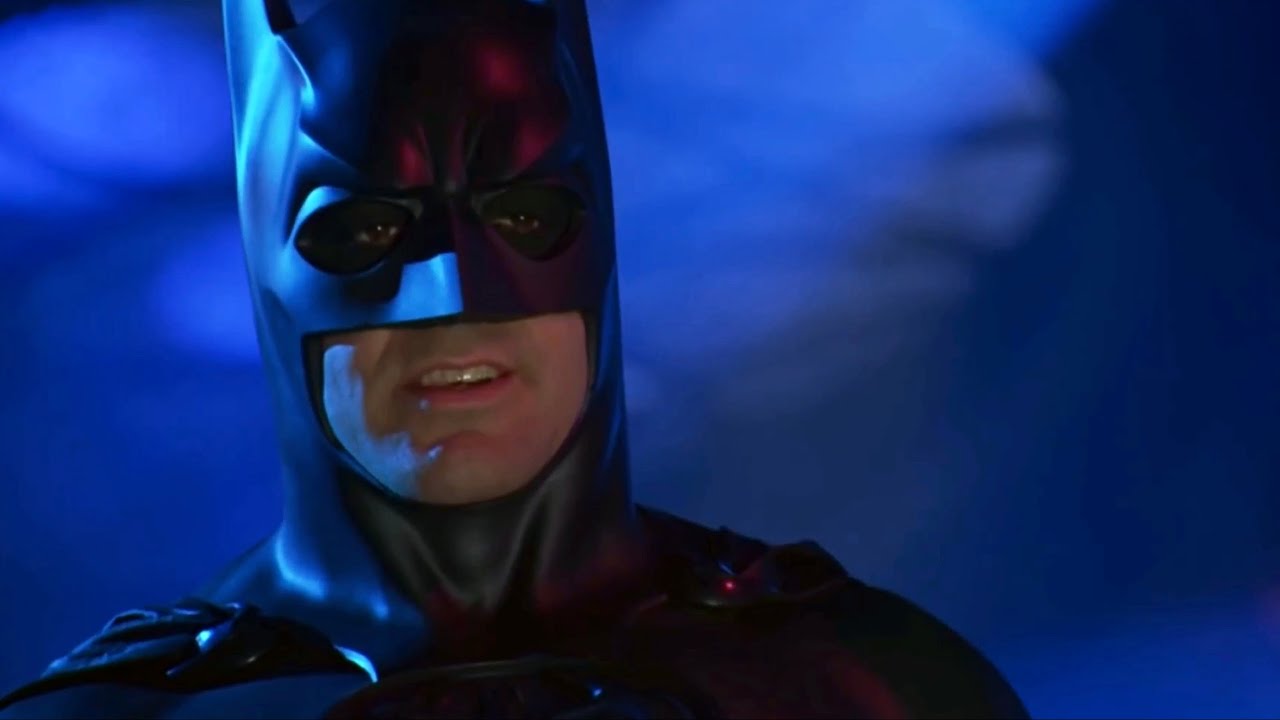 George Clooney’s performance as Batman in the 1997 film was among the most underwhelming of his career. Arnold Schwarzenegger’s antagonist Mr. Freeze was stealing a diamond. Batman made an excellent entrance through a skylight. But the following dialogue, “Hi Freeze. I’m Batman.” was awkward and flat. Clooney later admitted to not being stimulated enough for the role. 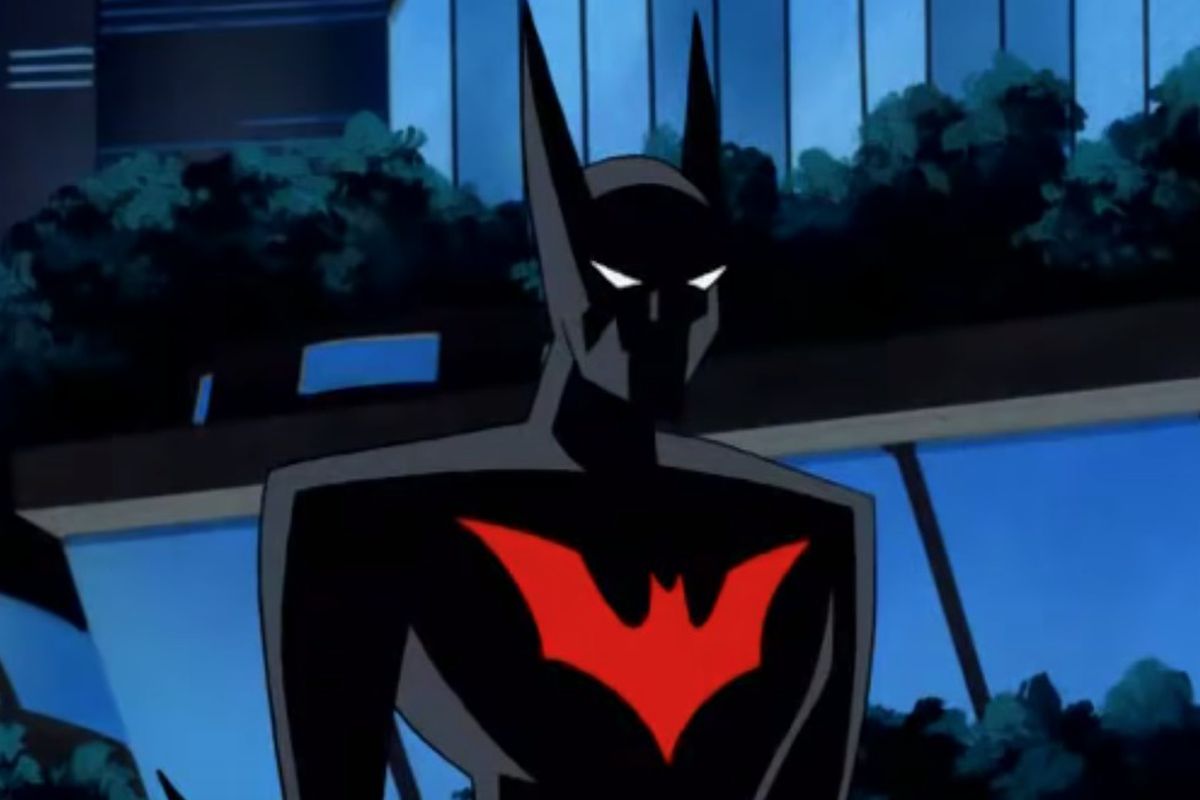 Terry McGinnis’ quest to hunt down his father’s assassin is highlighted throughout the series. As he closes in on Mr. Fixx as Batman, the villain mocks him. He says that he was pretty strong for a clown who thought he was Batman. Will Friedle’s simple yet strong exclamation, “I am Batman!” earned McGinnis a place with the fans. 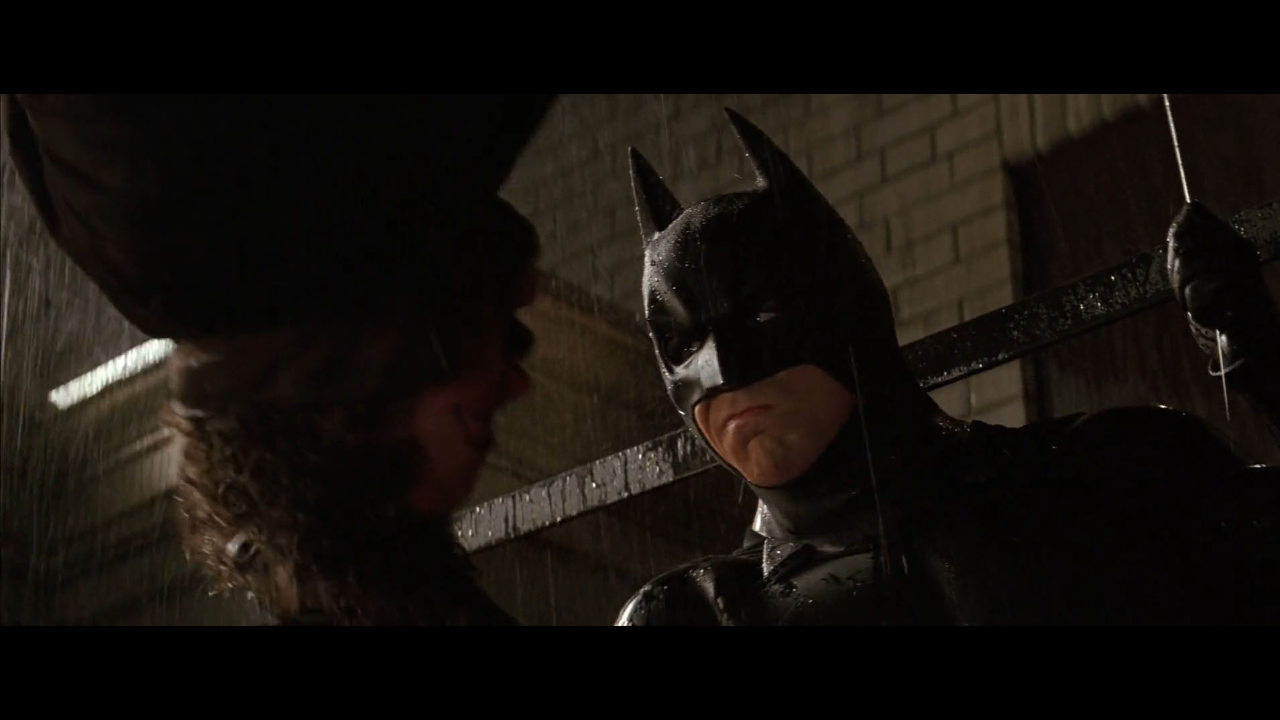 Batman’s reformed origin story featured Christian Bale as the Dark Knight. The entire character was very macho. He burst in through a skylight and knocked the gangster Falcone with a head-butt. Bale’s determined exclamation “I’m Batman” did strike terror among the villains. 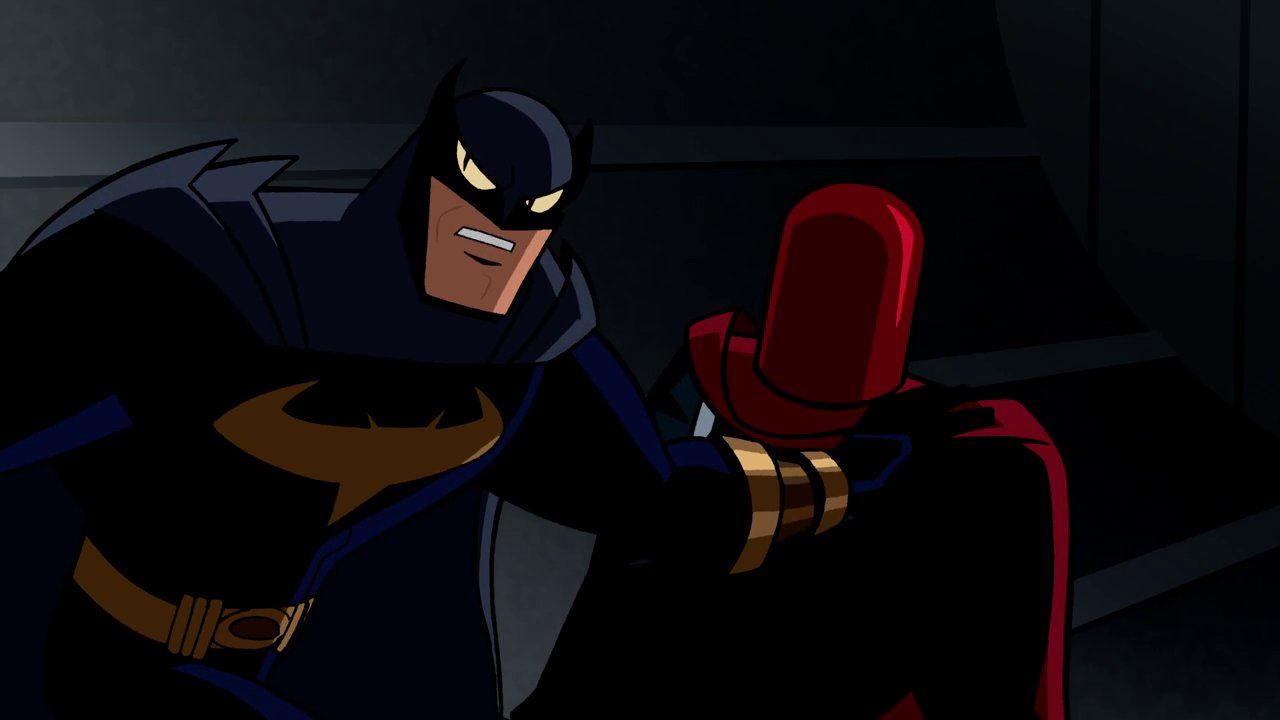 Diedrich Bader’s dark comedy with undertones of satire in voicing this Batman is hugely underrated. In ‘Deep Cover,’ Batman’s parallel self Owlman faces other superhero-turned villains on an alternate Earth. Consequently, in an epic smackdown, evil Green Arrow inquired about his origin. He knocks him down and says, “I’m Batman.” 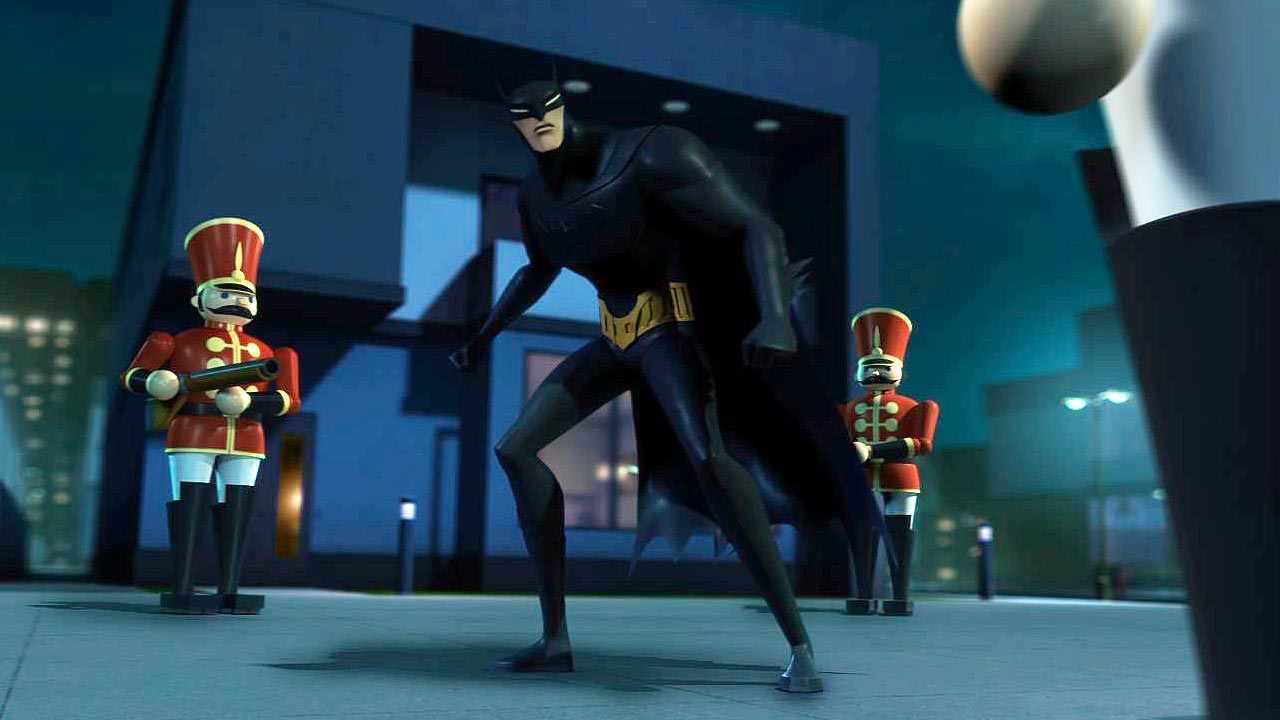 The animated series had Anthony Ruivivar in the voice of Batman. Batman was trying to escape a bomb-threat with Harvey Dent. After a negative on bomb-squad aid, he decides to save them by himself. As a result, Dent is surprised by the depth of his knowledge. Batman casually replies, “I am Batman.” The fans consider this dialogue among the best Batman catchphrases ever. 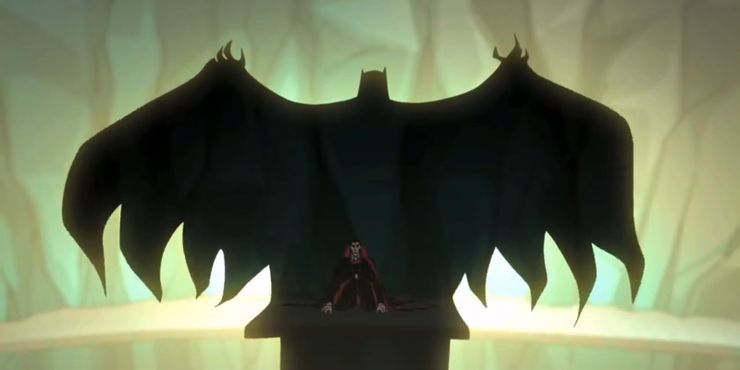 If there’s any hero who can scare the daylights out of Dracula, it is Batman. The 2013 animated series-inspired film had plenty of spectacular action scenes. For example, Batman trapped Dracula with a Waynetech sunlight generator. Dracula realized that he was Bruce Wayne. Batman retorted, “I’m the Batman. And you’re dust.” The final slam turned Dracula into a literal pile of dust.

Batman’s many signature dialogues are incredibly popular. But none of them has been widely remembered as his deep “I’m Batman.” Do you feel we could have included more on the list? Or do you wish to share something on your favorite dialogue? Let us know in the comments.