Carol Danvers is not the only captain Marvel of the Marvel Comic Book Universe. There are 11 more Captain Marvels the Marvel Cinematic Universe would never tell you about. 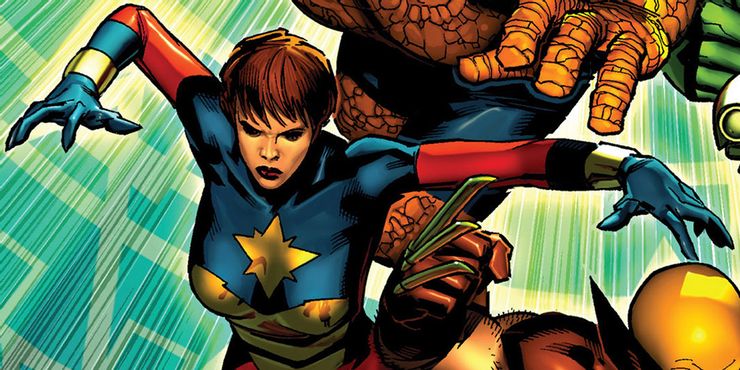 The Age Of Ultron story arc showed us the destitute world the heroes were left to fend with after Hank Pym’s Ultron A.I took over the world. The Avengers lost dearly. Many heroes perished. Wolverine was chosen to travel back in time to kill Hak Pym before he could create Ultron. When he travelled back to the future after doing his job, he saw another bleak future where Morgan le Fay had taken over the world. In this new world, Janet Van Dyne became the new Captain Marvel using her size changing powers. 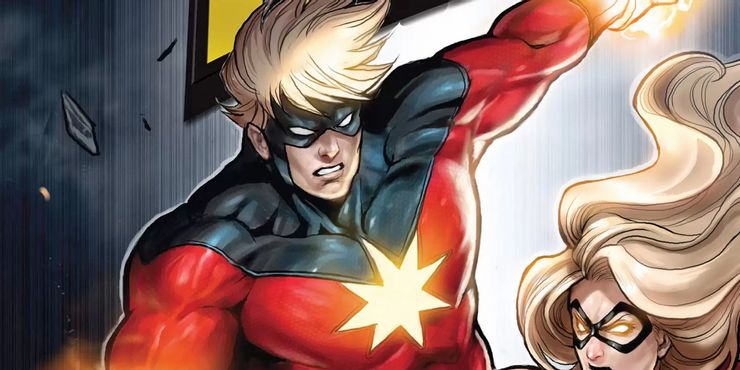 When the Skrulls were planning Secret Invasion, they tried their best to create perfect duplicates for all the heroes they planned to replace. The hardest to replicate was Captain Marvel. His energy manipulation powers and his Kree physiology made it very hard for the Skrulls to come up with a perfect subject. They finally succeeded in their 97th attempt. After Secret Invasion failed, the 96th test subject sprang back to life. He was manipulated by Mystique into attacking a group of cult worshippers until he broke free and self-detonated in a radioactive blast. 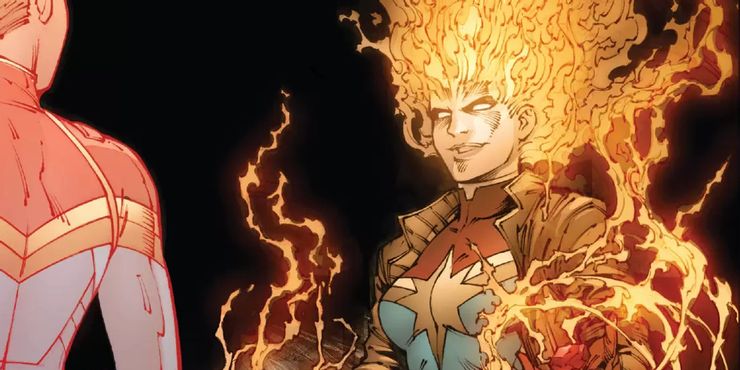 Rogue once absorbed all of Captain Marvel’s powers decades ago. This was before Carol Danvers became captain Marvel, then operating under the codename Ms. Marvel. Rogue used Carol’s energy powers as a member of the X-Men in the eighties and the nineties. In an alternate reality, Rogue and Carol ended up switching powers. Carol ended up with Rogue’s power absorption while Rogue permanently absorbed Carol’s energy manipulation powers. She was later given Binary abilities by the Brood. Rogue became that world’s Captain Marvel. 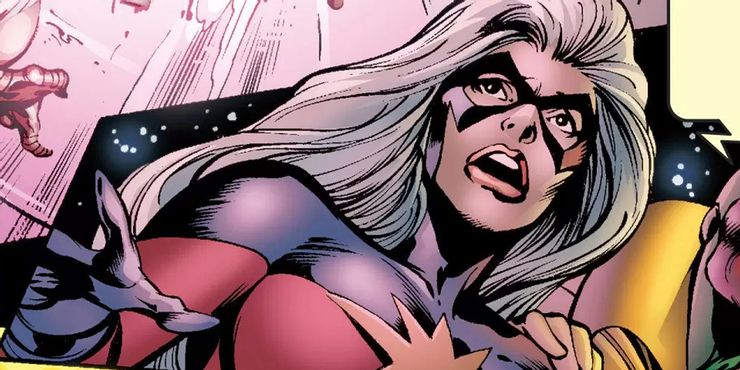 Ayesha was created by the Sovereign as the genetic mate of another cosmic powered Marvel hero – Adam Warlock. You might remember her from Elizabeth Debicki’s role in Guardians Of The Galaxy Volume 2. In the movies, she might be a villain but the comic books tell a different tale. In Fantastic Four: The End, it is revealed that Ayesha has become Captain Marvel. She now fights alongside Iron Man and Vision as part of the Avengers. 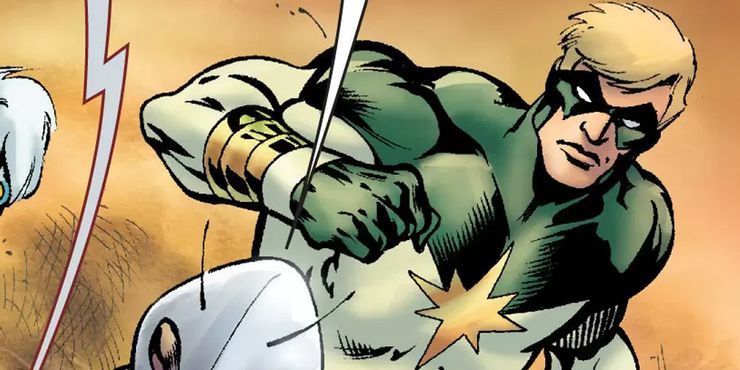 Hulkling is the son of the Kree Warrior Mar-Vell. He is Half-Kree and Half-Skrull. As a result, he has both shape shifting powers and superhuman physical attributes. Hulkling has been a longtime member of the Young Avengers and one of Marvel Comics’ most popular young heroes. In one timeline, he even took over the mantle of Captain Marvel after his father passed away. 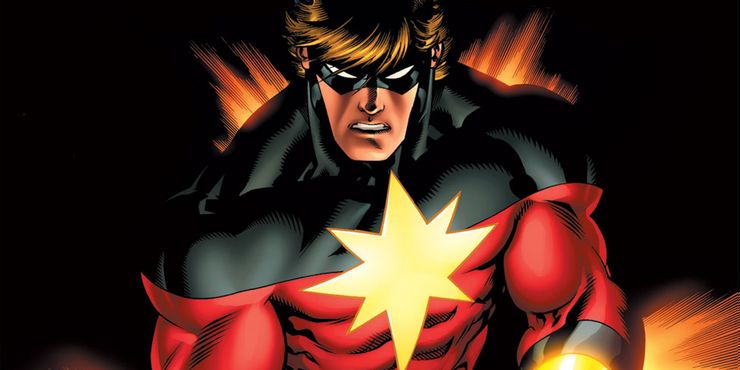 The Skrulls made 96 unsuccessful attempts at creating the perfect Mar-Vell Duplicate. They succeeded in their 97th trial. Khn’nr posed as captain Marv-Vell and returned to Earth during the Civil War event. Iron Man believed that he was a time-traveler since the Original Mar-Vell had died long ago. He was put in charge of the Negative Zone prison that held Anti-Registration forces. Khn’nr later realized he was a Skrull sleeper agent but he overcame his mental conditioning and rebelled against his masters. 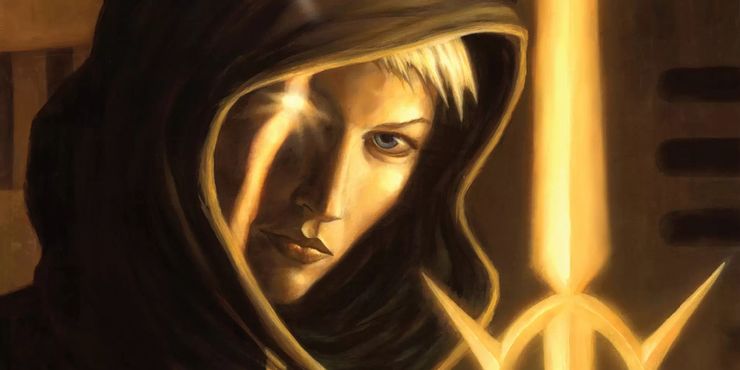 She is most famously known as the Superhero Quasar. Phyla-Vell is the daughter of Mar-Vell. After her brother destroyed and recreated the universe, Phyla-Vell stole the Quantum Bands to become Captain Marvel. She played a critical role in 2006’s Annihilation. She was the one responsible for stopping the deadly Annihilation Wave. 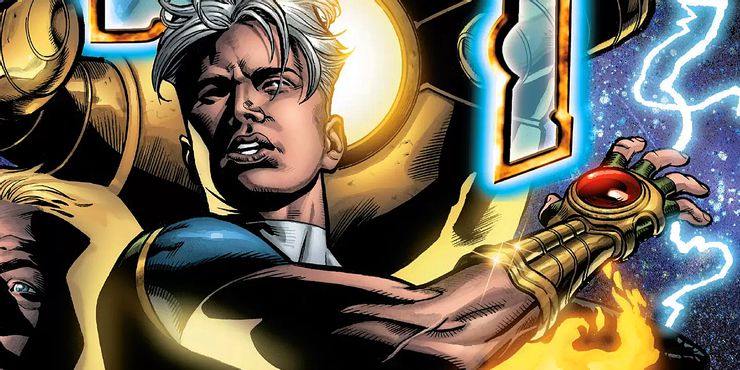 Noh-Varr was one of Marvel Comics’ wildest and most violent superheroes. Noh-Varr is a Kree-Cockroach hybrid from an alternate reality who waged a war on earth. He was imprisoned and later released after the Secret Invasion arc. Noh-Varr joined Norman Osborn’s Dark Avengers as the new Captain Marvel. He later joined the Young Avengers and helped the Inhumans explore their Kree connection. 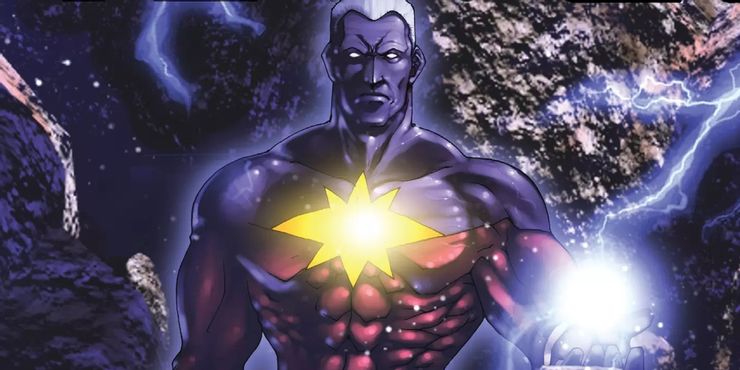 Genis-Vell is the son of Mar-Vell and a deeply troubled  superhero. Genis-Vell came very close to destroying the universe as it is and become a super-villain of cosmic proportions. Genis-Vell first operated under the superhero code name Legacy. He bonded with Rock Jones to become the new Captain Marvel. Genis-Vell was considerably more powerful than his father. He had trouble containing his cosmic omniscience. It almost drove him insane. 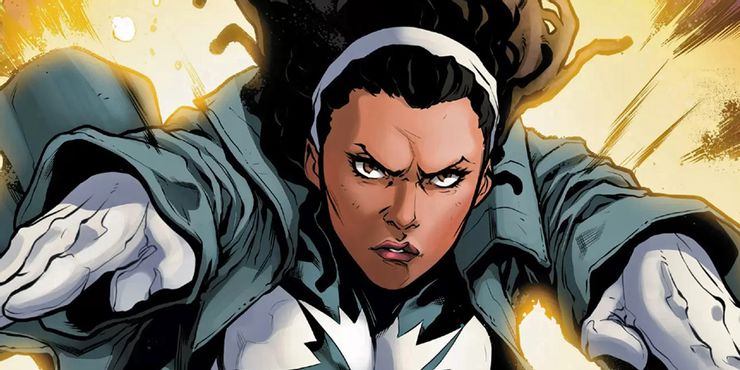 She first got her powers after being exposed to a blast of extra-dimensional radiation. Monica Rambeau was a part of the Avengers and even led the team as Captain Marvel. After leaving the team, he adapted the name Photon and later settled for Spectrum. Rambeau is the most underrated Captain Marvel on this list. 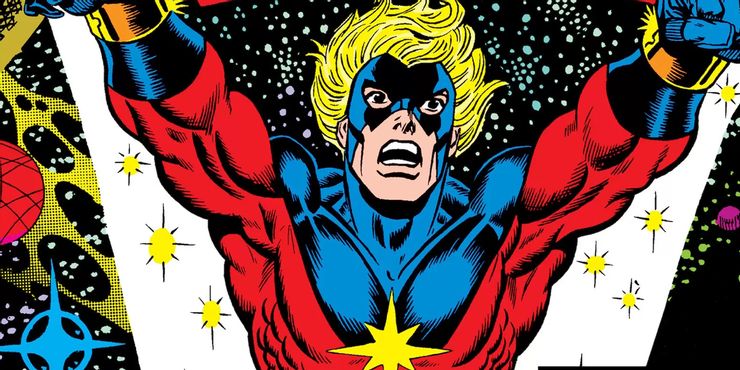 Mar-Vell was a Kree agent sent to Earth to observe mankind. When his superiors betrayed him, he embraced Earth as his new home. He was the firs ever Captain Marvel of Marvel Comics. In Jim Starlin’s  “The Death of Captain Marvel”, Mar-Vell died a slow but painful death when he developed cancer after being exposed to Nerve gas several years ago.