Just when you thought that the Venice Film Festival was the most exciting way for a movie to be shown to the world, the heat has been turned up even more. Olivia Wilde was the center of attention when the cast of “Don’t Worry, Darling” walked onto the red carpet. People were looking for any sign that something was wrong between Olivia Wilde and Florence Pugh, who reportedly have been fighting for a while now.

Olivia Wilde, an actress, and director has talked about why Florence Pugh hasn’t commented more on social media about her and their movie Don’t Worry Darling.

What’s really going on between Olivia Wilde and Florence Pugh?

For a few months, people have been saying that Florence Pugh and Olivia Wilde are fighting. This may be because Florence Pugh hasn’t talked much about the movie or posted a link to a trailer on Instagram. She also skipped the usual press conference before the movie came out. During the standing ovation that followed the film’s premiere at the Venice Film Festival, Florence Pugh didn’t even look at Olivia Wilde or make eye contact with her. Together, these hints get people interested in what’s going on between the two leads.

Also Read: ‘What Did She Do To Flo?’: Florence Pugh Reportedly Unhappy With Co-Star Harry Styles Dating Olivia Wilde, Dune 2 Star Allegedly Didn’t Like Styles and Wilde Get Intimate On Set

But after all of this, Olivia put out a statement saying that things are pretty good between them and that she hired Florence Pugh “to act,” not “to write,” and also Florence pugh “met every single expectation” that she had of her. She also said that Florence did a great job with the task she was given.

In a new interview with Vanity Fair, Wilde talked about the rumor that she didn’t pay enough attention to Florence Pugh.  Olivia Wilde said that It’s strange that we’re talking about this now because her second film is about how powerful women are, what we can do when we work together, and how easy it is to take away a woman’s power by criticizing and shaming her in front of other women.

Related:‘She was full of fear in her last moments’: Shia LaBeouf Reveals His Late Mother Was Scared as Olivia Wilde Tanked Son’s Career By Calling Him an ‘A**hole’

She also said that Florence pugh does an excellent job, and that she doesn’t understand why the media is more interested in untrue rumors and gossip than in her amazing talent and that she deserves a lot more. The movie does well, and with it, so do all the people who worked hard to make it happen.

Wilde also talked about the movie, like how Florence Pugh and Harry Styles play a happy couple in the 1950s United States who live in a colorful desert town. When one of the housewives goes missing, the peace is broken, and the main character, Alice, begins to wonder about the world around her.

You may also like: ‘I’m like a mother wolf’: Olivia Wilde in Total Damage Control Mode, Claims She Protected Florence Pugh From Shia LaBeouf By Firing Him from Don’t Worry Darling 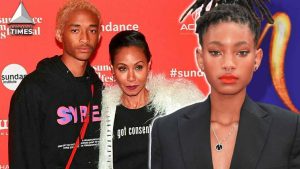