Superman is probably one of the greatest comic book characters ever made, and one of DC universe’s greatest heroes.

He is the symbol of hope for the people of Earth, a symbol that he proudly wears on his chest.

But every superhero has his weakness and for Superman its Magic, the energy from the Red Sun, and of course, Kryptonite. 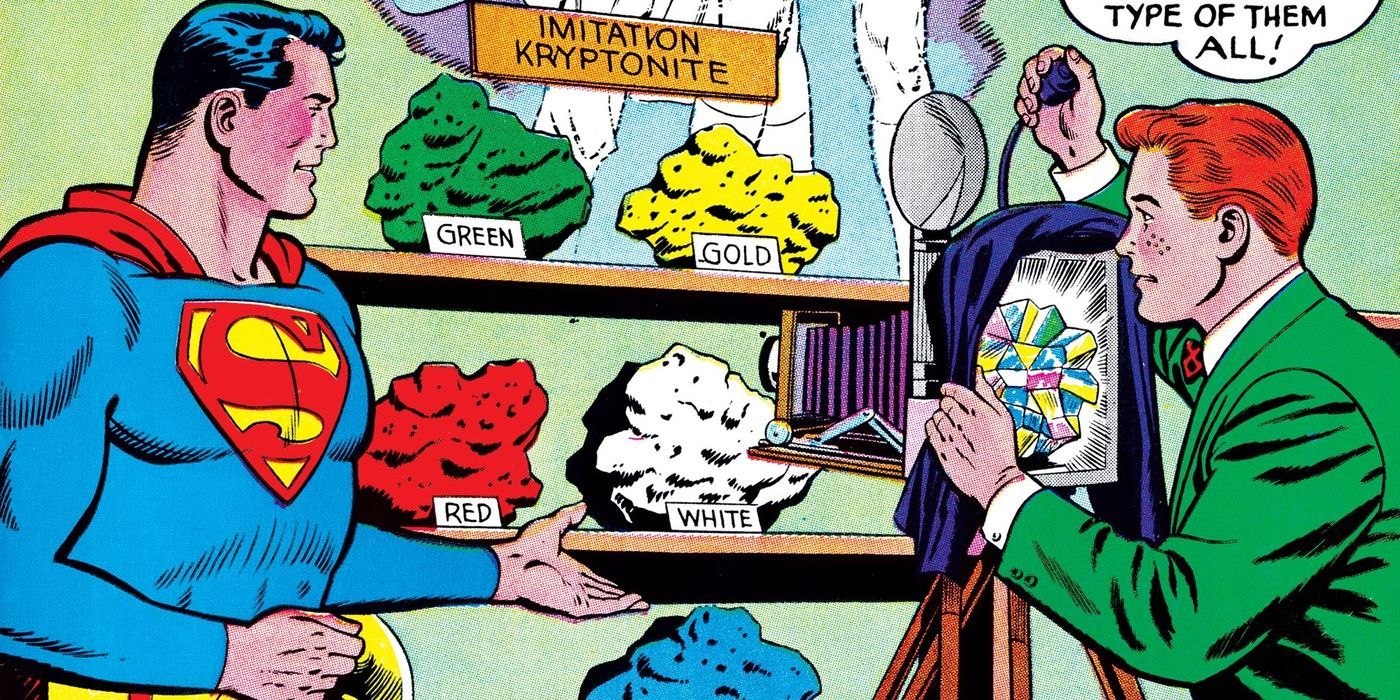 The Son of Krypton, like every other Kryptonian, is affected physiologically when in close proximity to the mineral, rendering him powerless for most parts.

It comes from the homeworld of Krypton, where after its destruction, radioactive shards of the matter of the planet itself, got scattered all over the universe.

The concept of Krypton was first created by Superman co-creator Jerry Siegel.

In its origin, the deadly mineral was called K-Metal. In comic books, readers first get to know about this mineral in the issue of Superman #61.

But Kryptonite as a mineral, what many might not be familiar with, is like any other rock and minerals.

There are different types of Kryptonite based on color and shape and form.

And all have different effects on Kryptonians, including the Man of Steel. 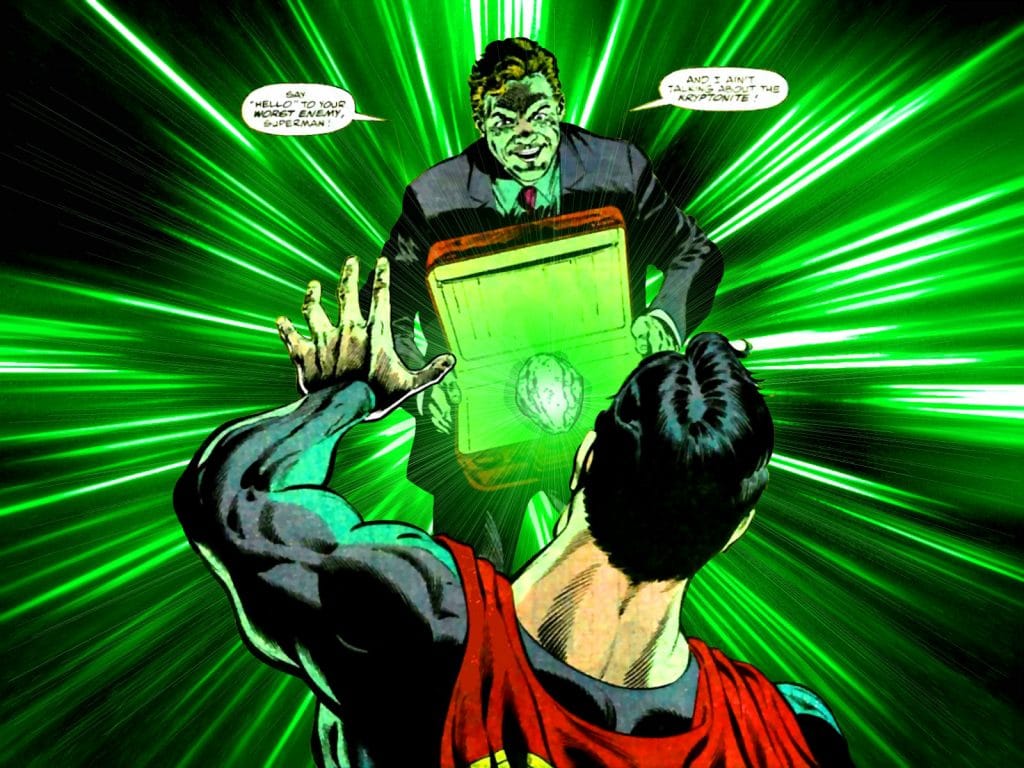 The first type of Kryptonite that readers got to know about was the Green kryptonite.

It’s the most common type and its exposure weakens Kryptonians to a great degree.

It can be used as far as to kill Kryptonians if the exposure is too much or for too long.

Green kryptonite does not make Superman human, but he is in so much pain, that he is rendered useless when it is used against him.

Long exposure to Green kryptonite can even affect humans. 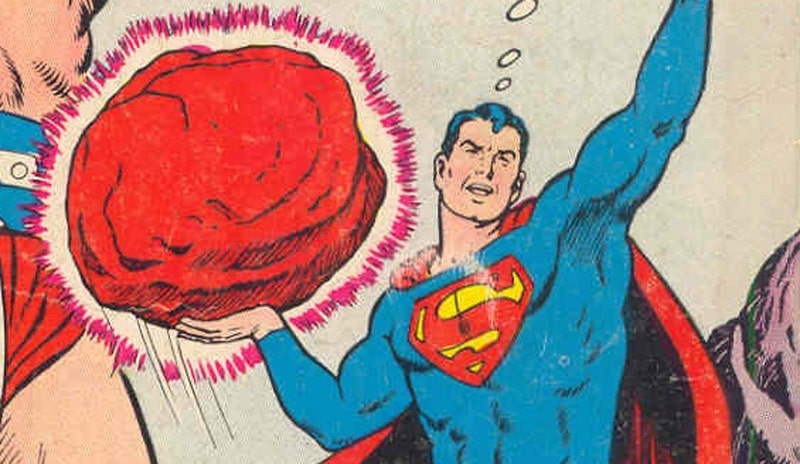 The Red kryptonite weakens Kryptonians much more than the traditional Green.

It can cause mood swings, telepathy, make them mentally unstable as well as amnesic, in addition to making them powerless, and even transfer their power to someone else.

From excessive hair growth, to change in size and at one instance, Superman was even turned into a dragon because of this mineral. 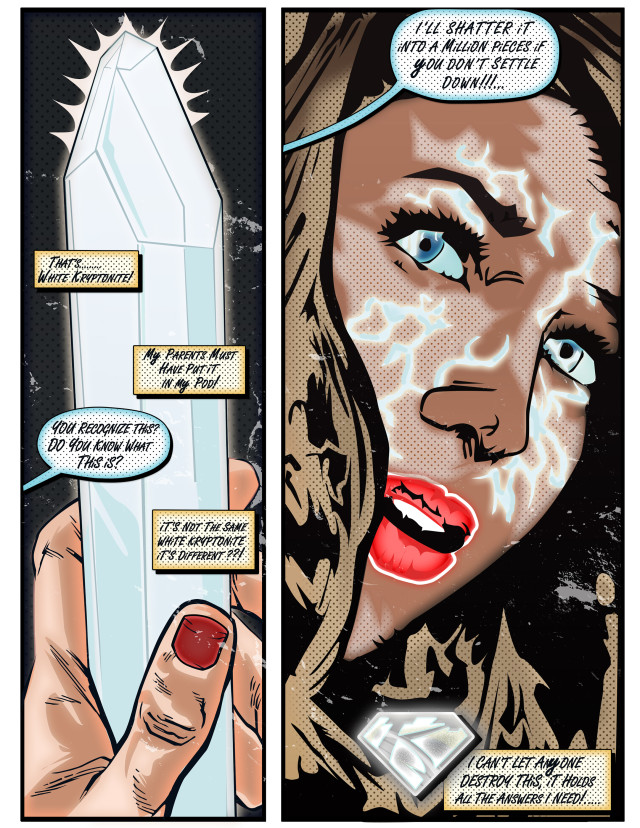 White kryptonite, regardless of their origin, is lethal to any and all plant life.

Typically, Kryptonite’s radiation has some kind of effect on people, but not when it comes to the White one.

Superboy, in one of the issues, uses White kryptonite to stop an alien plant life that was rapidly growing, from spreading.

Blue kryptonite works the same way as the Green one, except that it only affects Kryptonians from the Bizarro world.

Superman has used the Blue type to stop his nemesis Bizarro, on various occasions.

In some instances, the Blue kryptonite has also been used to undo the damages that are caused by the Red type.

In Smallville, the Blue suppressed Clark’s powers, but on a temporary basis, and at the same time making him immune to Green kryptonite. 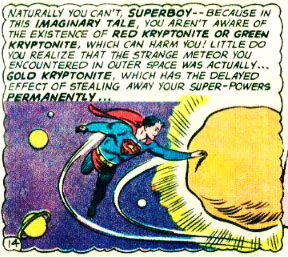 One of the rarest forms of kryptonite, Gold is used to completely strip Kryptonians from their powers and turn them into regular beings.

Although it is not deadly to Kryptonians, it does destroy their ability to process the yellow Sun, rendering them powerless. 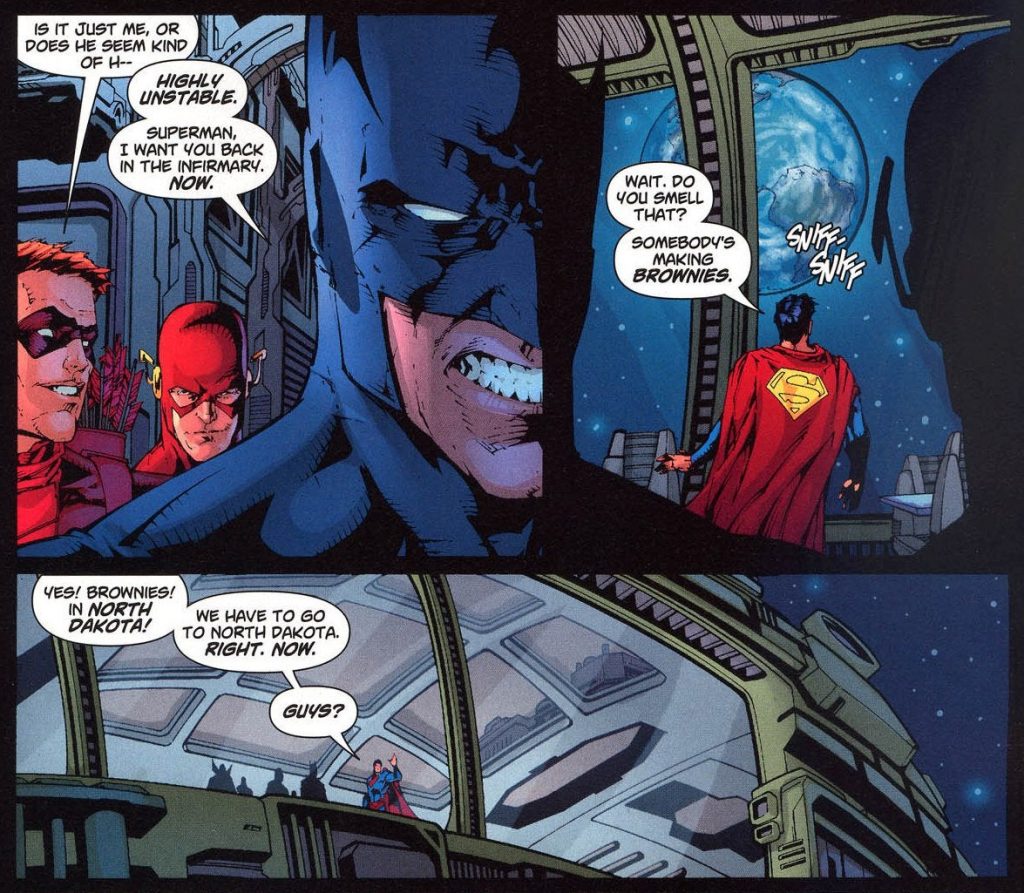 Silver kryptonite has the same effect on Kryptonians as cannabis does on humans.

It is not harmful or lethal, but it does remove inhibitions and might even cause hallucinations.

In Smallville, exposure to Silver caused Clark paranoia and delusions, acting like a drug for the Man of Steel. 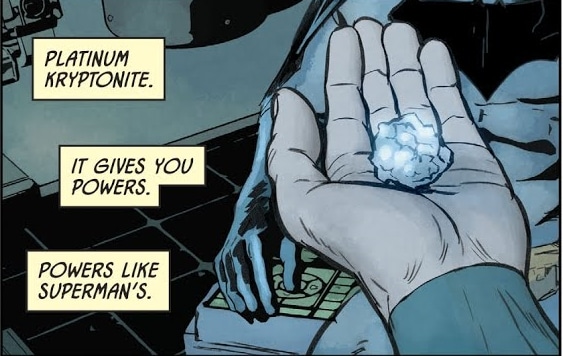 One of the most sought after Kryptonites, the Platinum gives regular humans Kryptonian powers, permanently!

The radiation changes the humans physiologically, making them super.

Superman once gifted Platinum kryptonite to Batman, but in true Batman fashion, he did not use it.

Later he gives it to Gotham girl, making her Gotham’s strongest superhero. 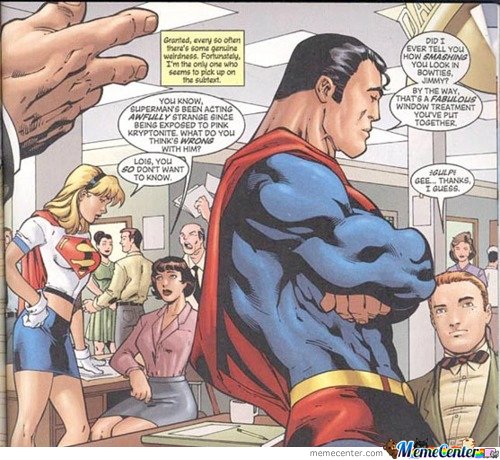 Pink Kryptonite has a very weird feature; it changes a person’s sexuality. In one instance of Supergirl comics, the Pink type turned Superman gay!

In another instance, in Justice League Action, Firestorm turns Metallo’s kryptonite heart Pink. Exposure to that radiation turned Superman from Man to Steel to Woman of Steel! 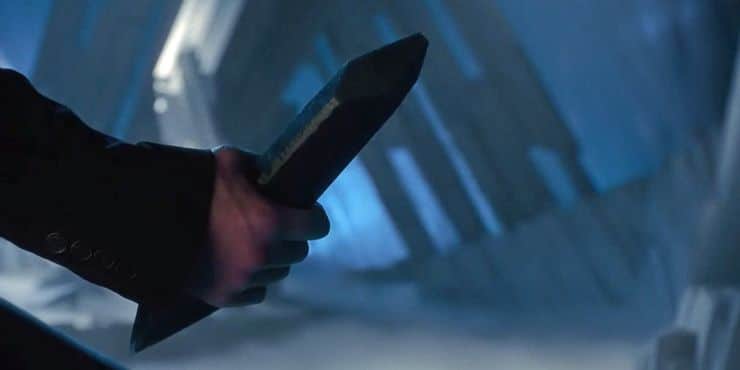 The Black Kryptonite splits the Kryptonians into two halves – good and evil.

In Smallville, Martha uses the Black to split the good and evil Clark’s, which later Clark uses to eliminate the evil Kal-El.

In Prime Earth’s continuity, the Batman Who Laughs used Black Kryptonite on his Earth’s Clark and Jon Kent, driving them into a killing frenzy. 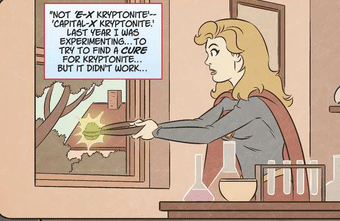 Similar to Platinum Kryptonite, X-Kryptonite gives superpowers to humans and other creatures.

Supergirl accidentally created it, while trying to make an antidote for Green Kryptonite.

The accident led to the introduction of Streaky the Supercat. It temporarily gave superhuman powers to the host when exposed to its radiation. 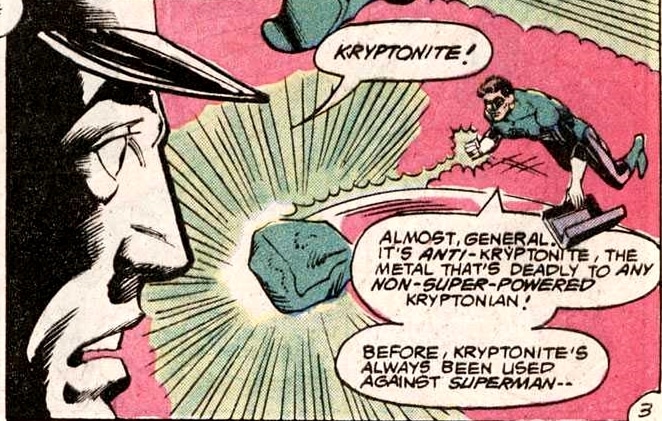 Anti-Kryptonite does what it says in the name, nothing. Well, to Kryptonians at least. It has no effects on the inhabitants of Krypton.

It is also called “Fools’ Kryptonite”. Unfortunately, it is extremely lethal to humans and any other non-Kryptonian. 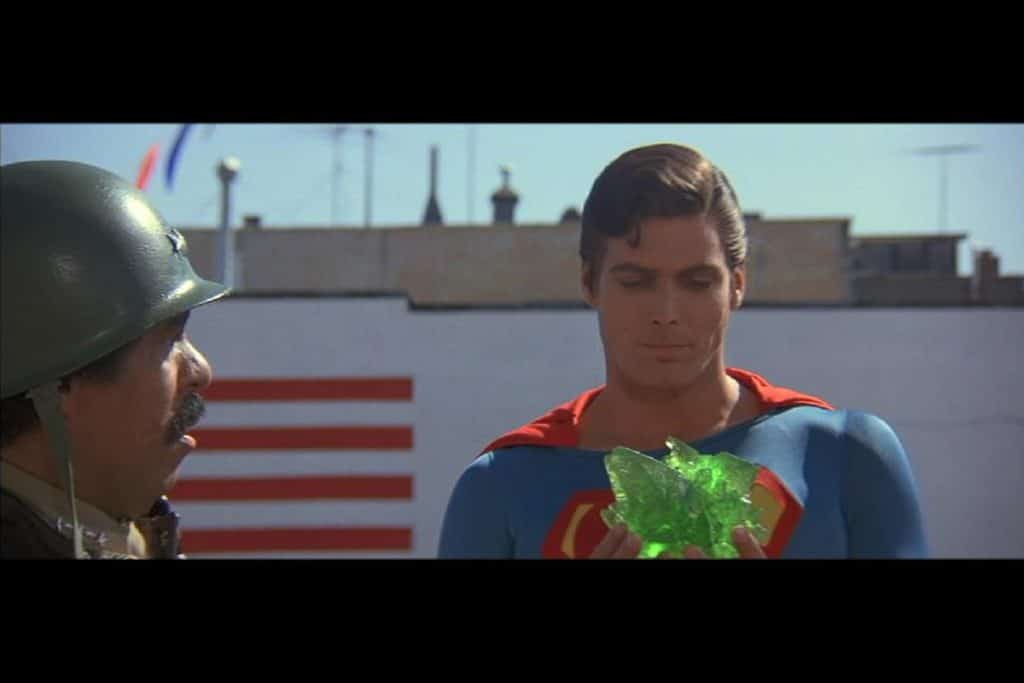 Synthetic Kryptonite is probably the worst of all. It gradually strips Kryptonians of their morals, slowly turning them evil.

In Superman III, Christopher Reeves’ Superman’s moral behavior changes to the point where he becomes evil and destructive, both to himself and to others.