Doctor Doom is arguably Marvel comics’ most powerful super-villain. He served as the Supreme Leader of Latveria. In short, Doctor Victor von Doom possesses razor-sharp intellect and energy manipulation powers. He first appeared in July 1962, featured in The Fantastic Four-Issue 5. He has fought against multiple Marvel heroes like the Fantastic Four, Spiderman, Iron Man. The readers shuddered at his cruelty and ego-satisfying planned misdeeds. The super-villain hasn’t made his debut on the Marvel Cinematic Universe’s (MCU) screen yet. Doom’s story is unique and intriguing. As a result, he is a leading contender to be MCU’s next big villain. In this article, we will examine Doctor Doom’s evolution through ten of his animated appearances.

1. 1966 series ‘The Marvel Superheroes’: First in the line of Animated Appearances 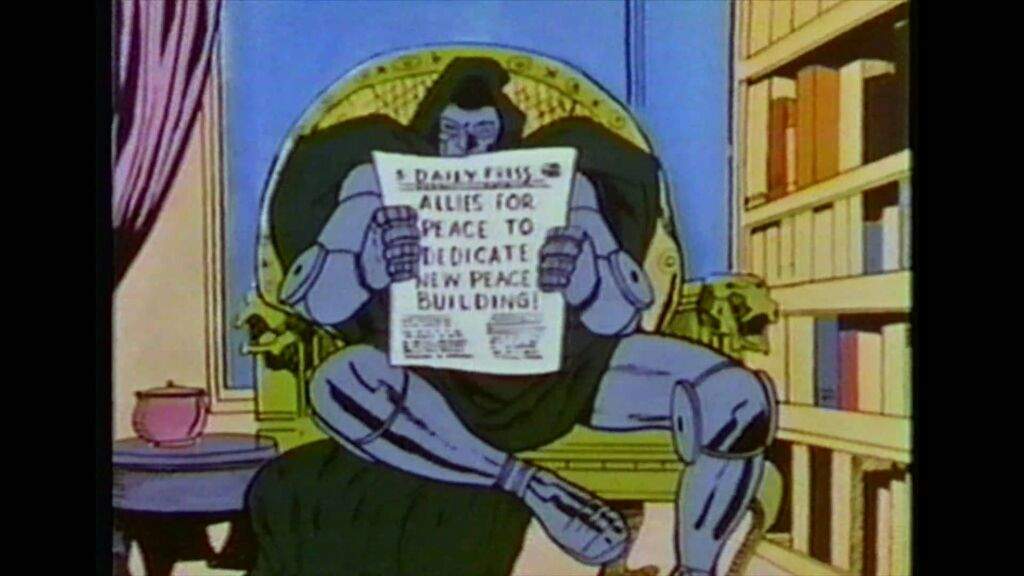 Doctor Doom made his debut in the first-ever Marvel series ‘The Marvel Superheroes.’ The series ran for 65 episodes. It had a compelling story. But the animation and technology of the age was not adequate to reproduce the characters on screen. As a result, the series did not attain peak popularity among the audience. Henry Ramer’s Doom appeared in an episode against Namor and the Allies for Peace (today’s X-Men). 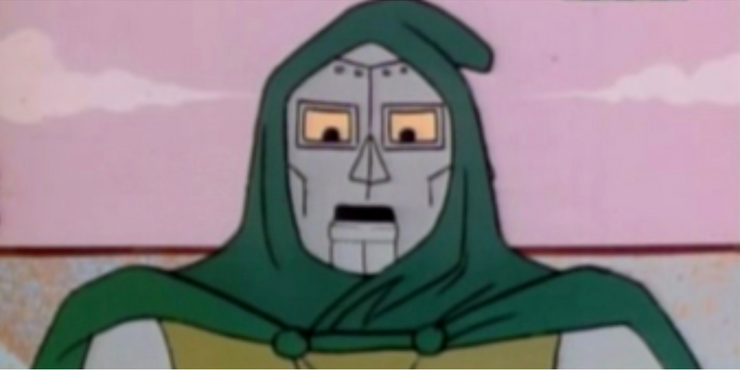 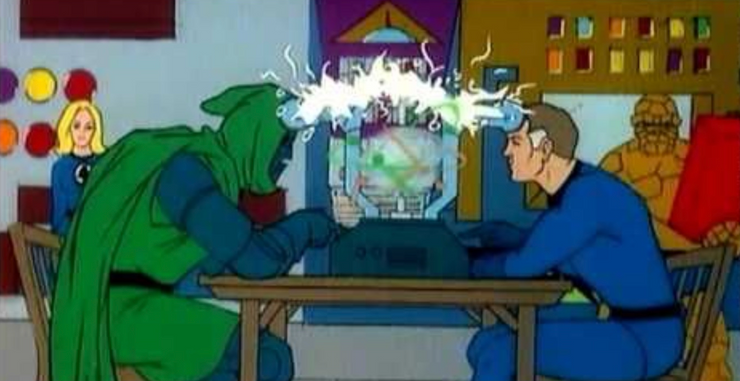 ‘The New Fantastic Four’ consisted of only 13 aired episodes. Therefore, it was a short-lived series. Fans consider this series to be a milestone, on the list of Doom’s many animated appearances. John Stephenson’s skilled narrative shaped Doom’s character. As a result, Doctor Doom became a well-known super-villain among the viewers.

4. ‘Spider Man’: The 1981 Series with the Best among all of Doom’s Animated Appearances

Doctor Doom first appeared against Spider-Man in the comic ‘The Amazing Spider-Man-Issue 5’. The appearance was Doom’s first as outside the Fantastic Four franchise. Ralph James gave Doom’s character the best voice-over to date. During the role, the integrated metallic undertones were immensely popular with the audience. The cartoon series portrayed Doctor Doom as the main antagonist to Spider-Man. However, his usual enemies like Green Goblin, Venom, Electro, etc. had lesser roles.

5. The 1981 Animation ‘Spider-Man and his Amazing Friends’ 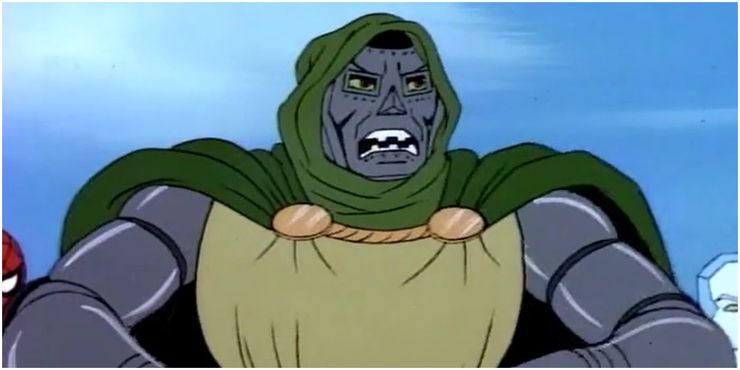 The heroes comprised of Spider-Man, Firestar, Iceman, and various other Marvel heroes. Doctor Doom was voiced by Shepherd Menken. But the character was not the intimidating scheming maniac from the comic pages. Therefore, this animated feature failed to excite the audience as its prior counterpart. 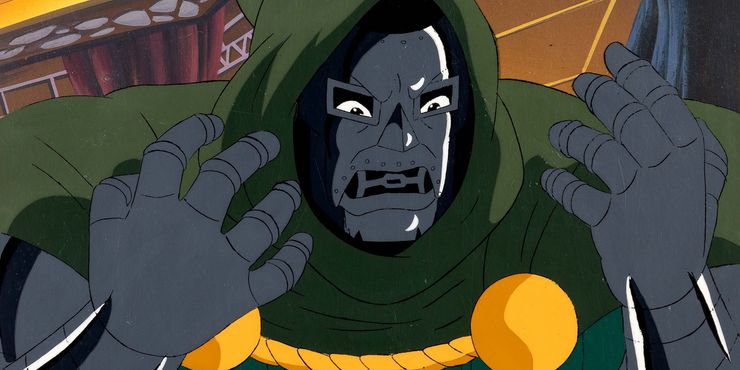 The third installment in the ‘Fantastic Four’ animated franchise was the longest with two seasons. Doctor Doom’s voice artists saw the maximum variation here among all of his animated appearances. For instance, the initial artist was John Vernon. He was replaced by Neil Ross in the final episode of season 1. In other words, they experimented with an Eastern-European accent unsuccessfully. After that, season 2 replaced them with Simon Templeman with a respectable British baritone. In conclusion, the evre-evolving Doom failed to make much of an impact. 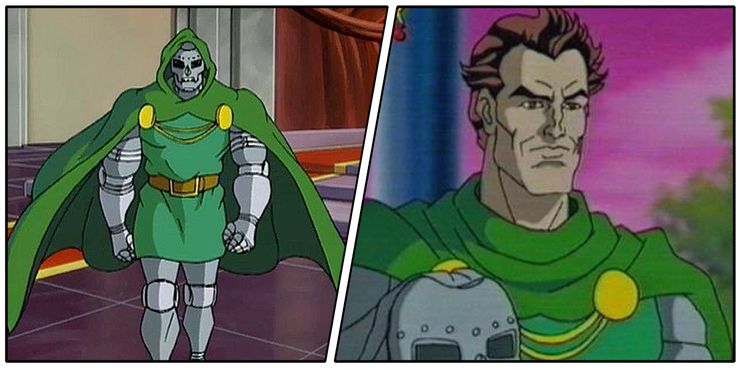 Doctor Doom’s characterization was quite different in this series. For instance, he appeared to be more of a protective guardian of New Latveria. His greed and power lust returned at the end of the series. Consequently, this turned him into the main villain. In addition, Tom Kane’s East-European accent was at par with the comic books. 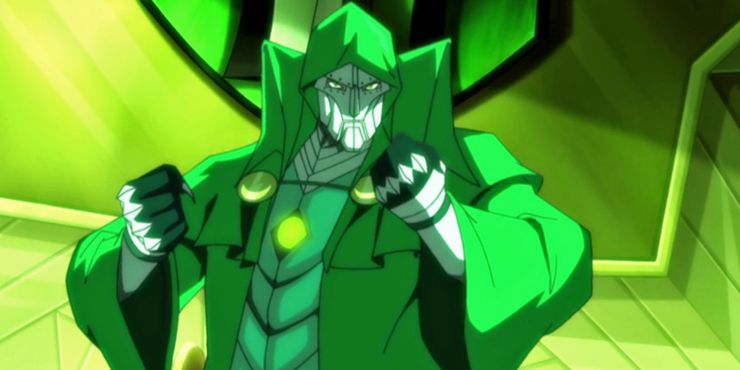 This 2006 series guaranteed Doctor Doom’s role as a usual Marvel villain. The series possessed a unique story-line. That is to say Doom was displayed as a frustrated monarch. For instance, Paul Dobson gave his character the emotion and humanity it lacked in the past. In addition, the animators redesigned his costume in this series.

Charlie Adler-voiced Doctor Doom was among the first Marvel villains with a comedy element. Doom led a band of villains with Abomination and MODOK to retrieve the Infinity Sword. However, the plot was too transparent and childish for some fans. Moreover, other Marvel animated series performed a lot better during the same period.

The complexity of the MCU story-line entered the animated series world with Doom against Tony Stark. The series showed a parallel story to his enmity with the Fantastic Four and Shellhead. Further, Christopher Britton’s Doctor Doom provided the audience with the picture of a scheming power-hungry malefactor right from the comic pages.

Doctor Doom is yet to enter the MCU. He has successfully delivered several compelling villainous stand-points in previous Marvel creations. Above all, he deserves a debut after Thanos and Galactus. Please share your thoughts and speculations with us in the comments.