The hype created for Doctor Strange 2 seems never-ending. Even after the movie has paved its path right onto our screens, it feels like there will always be something new and intriguing making it even more fun than the last time. What we witnessed in this movie was way beyond what we expected it to be. Now we know why everyone had so many hopes and curiosity associated with the Multiverse of Madness.

From the surprise cameos to the hooking storyline, everything just adds to its lovability. There were sequences that shocked us to an extent, we might need a significant amount of time getting over them. If you have watched this masterpiece we do need a big “Yeah we know right” and for those who haven’t we are preparing you guys to keep up with the surprise or shall we say shock, beforehand.

The beloved comic character America Chavez gets her first feature in this flick. She has the ability to travel through parallel worlds. Strange saves her from a one-eyed octopus monster that makes him realize Chavez is being hunted by the dark forces. He asks Wanda for aid but it turns out that Wanda is the one trying to kill Chavez to get all her power for herself. For the first time, Wanda is depicted as villainous trying to bring the young superhero’s life to an end to serve her purpose. No one could’ve imagined this Avenger betraying her morals to this level.

The Illuminati being murdered by Wanda

The Illuminati had been the topic of much fan curiosity before the release of Multiverse of Madness, thus it came as little surprise to fans when Wanda slaughtered its members so quickly once she arrived at the Baxter Compound. Wanda appears as a supernatural Jason Voorhees, hunting Strange and America and effortlessly murdering the entire gang. She causes Black Bolt’s brain to burst, rips Mr. Fantastic apart, snaps Xavier’s neck, dumps a massive statue on Captain Marvel, and splits Captain Carter in half with her own shield. This can be rated as one of the most heartbreaking X violent scenes in Marvel history.

Wanda abducts America and takes her to the “regular” realm with the intention of murdering her for her powers. Strange finds himself in a dystopian world, where he encounters a dark version of himself who has paid the price for using the Darkhold. Our Strange, on the other hand, believes he needs to use the book as well, and he dreams himself into a dead version of himself, who assaults Wanda with demonic spirit beasts.

Wanda eventually recognizes herself as the monster she has become with the help of Chavez, and she drags a mountainous temple down on herself while also destroying every copy of the Darkhold around the multiverse, and likely dying in the process. While superheroes seldom stay dead for long, and no corpse has been found to indicate Wanda ever genuinely died, the mere possibility that one of the Avengers’ most potent members may be gone keeps fans guessing until the Scarlet Witch’s next arrival.

Strange is wandering around town in the first post-credits scene when a mysterious blonde woman (Theron) appears out of nowhere. “You’ve caused an incursion and we’re going to fix it,” she commands, opening a split into the Dark Dimension (as depicted in the original 2016 “Doctor Strange”). “Unless you’re afraid?” “Not in the least,” Strange responds with a flash of his new third eye. Clea, a sorcerer and recurring character in Marvel comics, married Strange, giving our hero a new love interest. The slightest hint of a likely incursion indicates future MCU events, like a battle with Kang the Conqueror or possibly a Secret Wars crossover event. In any scenario, the foundation for the next MCU story is laid.

This Jensen Ackles' Look As Batman Will Blow Your Mind 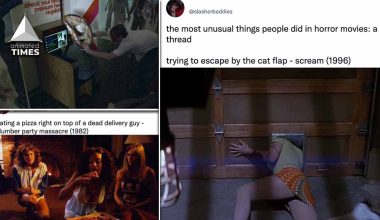 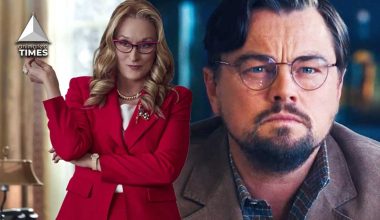 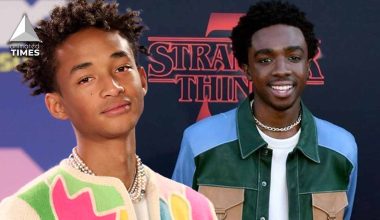 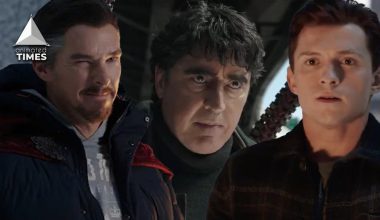