While Doctor Strange brought endless heroes to fight at the end of Avengers: Endgame, he could have teleported the Titans in Avengers: Infinity War. But why didn’t he do that? What was the reason that stopped him from teleporting everyone to Wakanda? 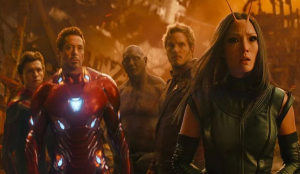 Doctor Strange, in Avengers: Endgame, teleported thousands of superheroes into the battlefield to fight the climax of the film. He did it along with other Masters of the Mystic Arts. This depicts that he is capable and powerful enough to do that same thing again and again. Then why didn’t he process the same thing in Avengers: Infinity War to teleport the Titans? He could have teleported them when Thanos came to Wakanda after the Mind Stone.

Well, to answer this, here is a new Reddit theory that proposes an explanation for Strange’s action. It proposed a two-sided conclusion for his lack of action when one of the most important battles was ongoing in the Marvel Cinematic Universe. 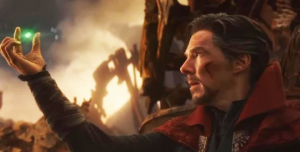 The first side of the Reddit theory suggests that when Strange evaluated the 14,000,605 outcomes, he found that the only outcome where Avengers will defeat Thanos is the one that unfolded in Avengers: Endgame. As a result, he didn’t teleport anyone in Wakanda during the Infinity War, as it would have disrupted the ongoing timeline. While he didn’t evaluate all the possibilities before making the decision, it could have been a major risk for Doctor Strange to gamble upon anything.

The Titans were not in a good position. While Spiderman was almost exhausted fighting the battle, the Guardians of the Galaxy were already knocked out. Even Iron Man’s suit was severely damaged, leaving Tony Stark struggling to survive the injury. If Strange had teleported everybody to Wakanda, the situation could have become in favor of Thanos. This could have even led to Iron Man’s end and complete closing for the victorious outcome.

The second fold of Strange’s step depicts that he wanted to save Tony Stark from getting killed by Thanos. Apparently, it was important for Tony to survive to bring the team back and defeat the Mad Titan in the future. Thanos was a man of his word, and if Doctor Strange would have broken his deal of “no tricks,” he would have killed Stark without a second thought. This probably could have ended the Avengers game for life.

There is a strong argument that if Strange had teleported everyone to Wakanda, it would not have counted as a “trick.” However, it should have got counted as a continuation of their battle. But what Doctor Strange did was an actual ruse because giving up on the Time Stone was the only thing that led Thanos to demise.

Both sides of the theory seem to be relatable. That pretty much concludes why Doctor Strange didn’t teleport the Titans to Wakanda in Avengers: Infinity War. Every step and decision that Strange took led the entire team to defeat the mega villain of the franchise.