The Daleks are regarded as Doctor Who’s greatest and most frequent foe, becoming instant successes when they first appeared on British television screens in 1963. Dalek craze quickly took over the entire country, and then the entire globe, but it became evident that these murderous pepper pots would need to change in order to remain intriguing.

Several attempts have been made throughout both the classic and new seasons of Doctor That to identify individual Daleks who differed from the standard foot soldier class. These Daleks ended up completely altering the species’ direction, bringing new story elements that allowed them to evolve beyond their simple, terrible nature.

It may be claimed that this Dalek was the first to act on its programmed malevolence via its own autonomy. It was the Dalek who chose to break away from its creator’s control and declare its own species’ independence.

Davros, Doctor Who’s terrifying supervillain, created the Daleks in Skaro’s distant past, but he objected to his creation’s independence and sought to put it back in line. The Dalek retaliated by slaughtering all of Davros’s servants before eventually turning on him. This would result not just in a long-running war for domination between the Daleks and Davros, but also in the former’s rise to galactic threat status.

To begin with, Doctor Who viewers were unsure of who was in command of the Dalek hierarchy. This all altered during the Second Doctor’s tenure when he encountered a beast known as the Dalek Emperor.

This Dalek was housed in a large metal shell and spoke with a far more menacing, booming voice than its subordinates. The Daleks saw the Emperor as their undeniable leader, a furnace through which they could carry out their ambitions for worldwide conquest unfettered.

There is still considerable uncertainty about what function the Supreme Dalek serves, and several have held the title. It’s likely that there are numerous Supreme Daleks, each ruling over their own group and reporting to the Emperor.

In that instance, the Supreme Dalek is analogous to an Admiral who leads his forces into combat but still takes commands from higher above. If there is no Emperor to answer to, the Supreme Dalek will operate as de facto ruler, carrying out instructions based on the Dalek ideology.

Davros has managed to obtain the title of Emperor between the events of the Sixth and Seventh Doctor’s journeys, forcing out the lone Supreme Dalek still in authority. Davros began updating his current Daleks for future conflicts, based on the information he gathered from experimenting on Dalek/human hybrids on the planet Necros.

This irrevocably altered the Dalek worldview, since the species had long been fixated with racial and genetic purity. Davros implanted bionic limbs onto the Dalek mutants within their shells, which subsequently served as fuel for other Daleks to skirt their own philosophy in order to increase their dominance.

The Special Weapons Dalek, a hideous construct that seems to have no other function than providing the Daleks with enhanced firepower, has lived in infamy since the late 1980s. In dangerous battles, the Daleks would use this unit’s supercharged combat cannon to annihilate huge swaths of opponents.

The Dalek proved so popular that it was reintroduced multiple times in the new series, largely for nostalgic purposes. However, this particular Dalek has yet to win a combat, so it remains to be seen if future storylines will give it a chance. 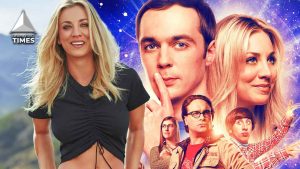