Dragon Ball is an important part of our childhood. We remember the awesome fights, the breathtaking action scenes and the cool characters we all used to look up to. Dragon ball has given us a ton of great characters and one of those fictional heroes is Yamcha. We all know him for his cool clothes, his everchanging hairstyles and his intimidating scar-face. He started as Goku’s enemy and later became his friend. He used to be a main protagonist in the Dragon Ball manga and the Dragon Ball anime. But as the time passes, his character became less and less important and we saw him as a side protagonist in Dragon Ball Z and Dragon Ball Super and a few appearances in Dragon Ball GT.

Yamcha was a former desert bandit and a skilled martial artist. But as his character became less relevant, fans started making fun of him and this has led up to some mad funny memes.

1. Yamcha Is Not In The Scar-Faced Club!! 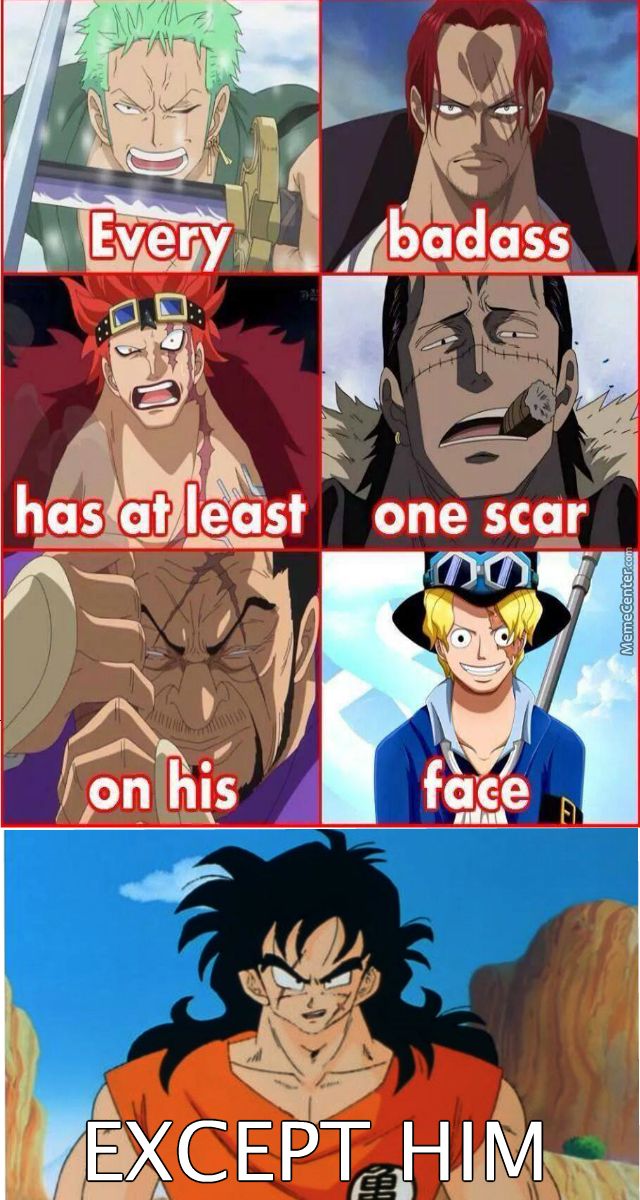 Many strong anime characters had some sought of scars on their faces. This helps in making them look more scary and powerful. When you see an anime character with a big scar, you know that the fight is gonna be an action-filled experience. But the Dragon Ball fans do not consider Yamcha strong enough to be on the list of strong scar-faced fighters. And honestly we can’t blame them.

We all wanna live the Dragon Ball fantasy, don’t we? But at what cost? If you had the choice to experience it all but you have to be in Yamcha’s body, would you do it? This meme shows how much fans would hate to be in Yamcha’s body. It’s not that bad. Trust me! But if you choose yes, then you have to get used to the constant humiliation and getting easily defeated by your opponents. 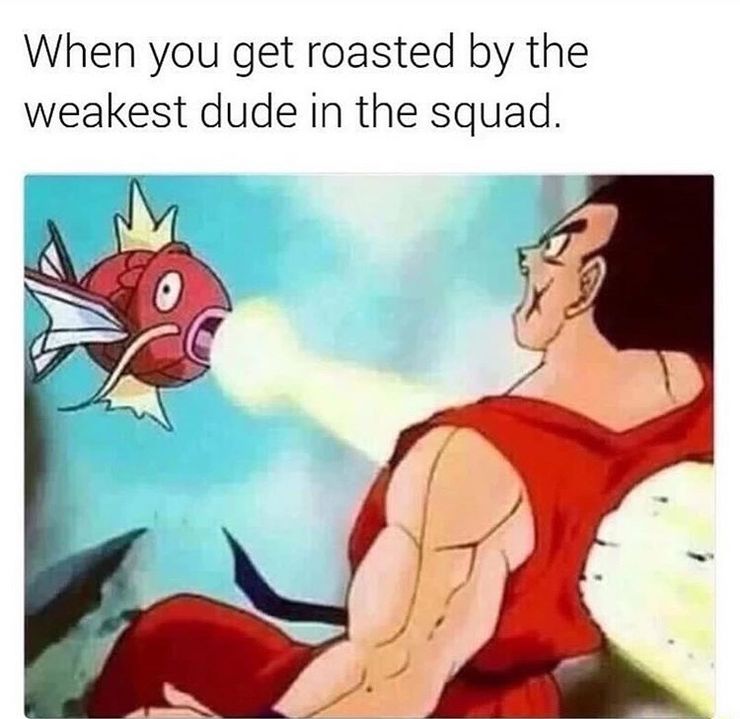 Pokémon fans know that Magikarp is a fish Pokémon, who’s known for doing nothing special or deadly. The only move Magikatp can do is “SPLASH” which is of no great use. But in the meme, Magikarp is attacking Yamcha with his Splash and that is enough to defeat him. It hurts to be the main guy with all the martial art skills and still getting defeated by a weaker opponent. But this is how it is for our poor Yamcha. 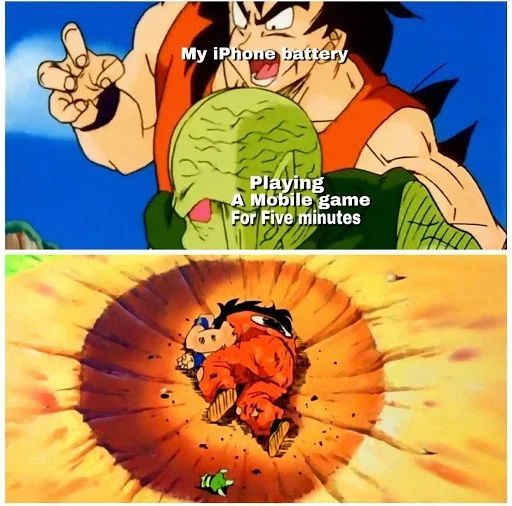 Yamcha is known for his small fights and early defeats. Fans now know that Yamcha’s fights are not gonna last long and are not gonna be that impressive. Which sucks, but this is how it is and we cannot change it for our favorite hero. In this meme fans are comparing Yamcha to an iPhone which is also known for its low power and fast battery drainage, which seems like a case with our hero as well. 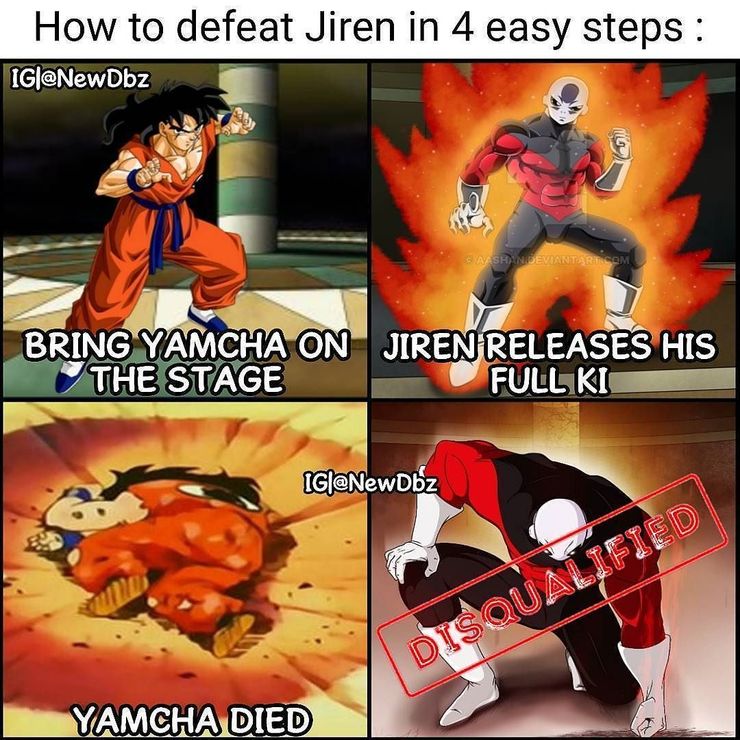 Yamcha’s lack of relevancy can be seen during the tournament of power. People knew he won’t be able to fight against all the elite fighters. Fans were making fun of him by coming up with a new tactic to kill Jiren. The tactic was to make Yamcha and Jiren fight against each other. And knowing Yamcha’s history, all knew that Yamcha will die, getting Jiren disqualified and that’s a technical win in Goku’s favour. 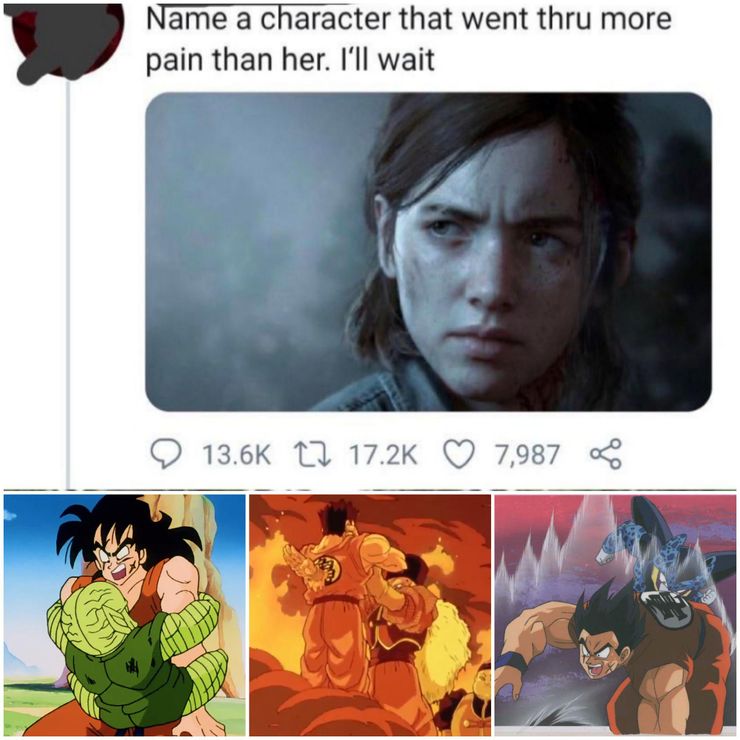 We all know that The Last Of Us Part II was not a great hit for some of its fans and many memes were made to mock the game. But one meme saying “name a character that went thru more pain than her”, and Dragon Ball viewers know that there is one character that has suffered far more than Ellie. Yes, we are talking about poor Yamcha. 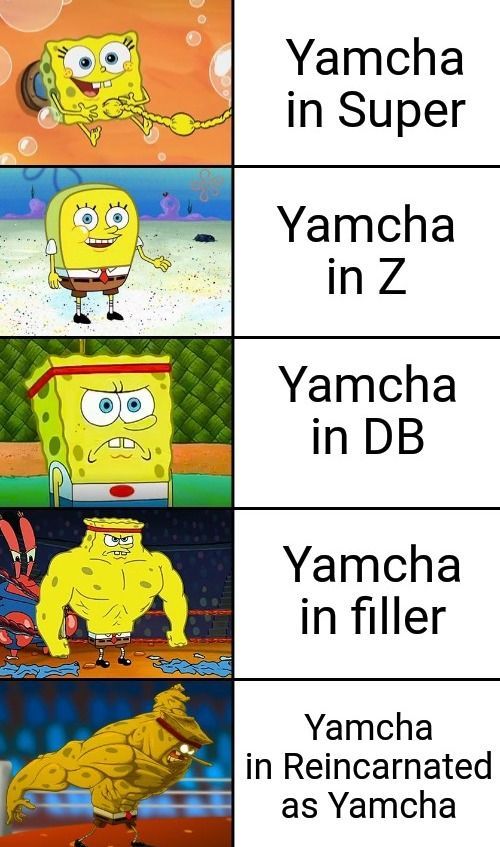 Yamcha’s character evolution is not that great in comparison to other main protagonists in Dragon Ball. In this meme fans are making of his journey throughout the anime series. He was a main character in Dragon Ball and lost his importance in the later series. His character became weaker and more of like a filler character. 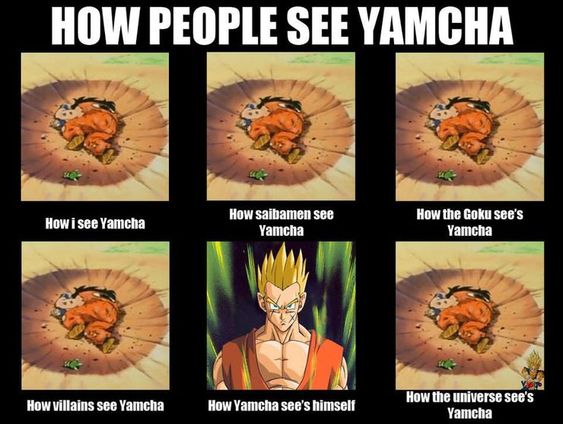 Yamcha is a punching bag for the Dragon Ball fans and the main target of the memers. All fans make fun of him for not having any major impact on the show. His skills are not that great and he loses pretty quickly which makes him even more easy to target. But for Yamcha, he is still the great martial artist and a powerful fighter. Guys let him have this, let’s not be this cruel. 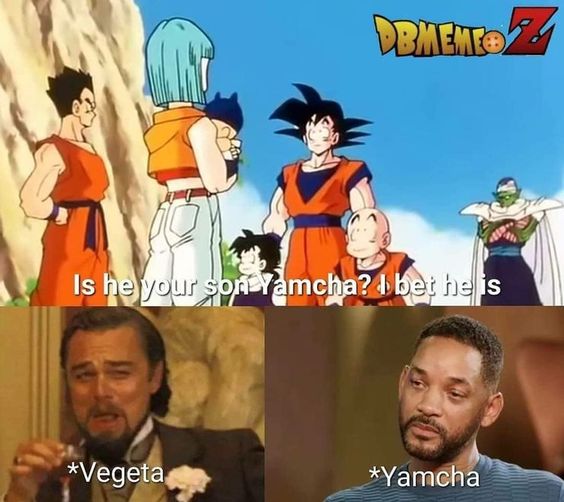 Vegeta is the prince of the fallen Saiyan race and unlike Yamcha he is one of the main characters of Dragon Ball Z. And fans know that early in the show Bulma and Yamcha were supposed to be the power couple. But after Vegeta’s entry, things went south for Yamcha pretty fast. Now this is a sad love story with a very sad ending for our lover boy Yamcha. 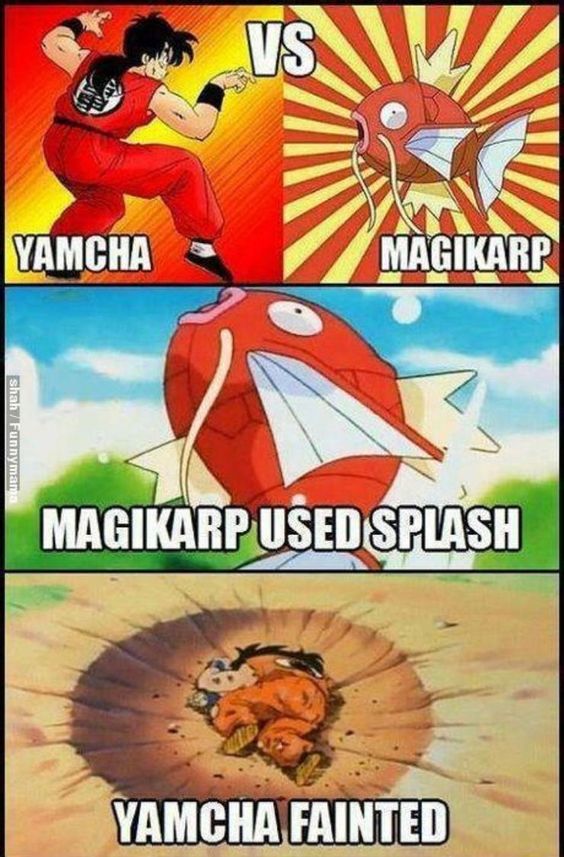 Yamcha is an elite martial artist. A fighter with a vast experience and a great set of skills. If a fight between Magikarp the Pokémon fish and Yamcha takes place, it will be a very easy win for Yamcha, right? And if you think so, then sorry to break your heart, its not the truth. Apparently, fans believe that a fight between one of the most useless Pokémon, Magikarp and Yamcha would end up in favour of the fish Pokémon. Fans are making fun of Yamcha and saying that he can be easily defeated by using “SPLASH” a very useless and weak attack by Magikarp.

Poor Yamcha! People just can’t stop making fun of him and his role in the Dragon Ball series. He was a big deal for a few Dragon Ball episodes but after that, all the fans now have realized his lack of relevancy and made such funny memes about him. Tell us in the comments what you think about these memes and do you agree with them?