Goku is undoubtedly one of the strongest Shonen Jump character out there. Most of us grew up watching Dragon Ball. We can say that the reason characters and stories like Naruto, One Piece (Monkey D. Luffy) , My Hero Academia and even Demon slayer which are few to name.
Goku was a childhood hero for many around the world and he was inspiring the way he trained and worked so hard to become as strong as he is right now. Throughout his entire journey he has faced endless villains who were so powerful that they could destroy planets and what not ! We have had many feature films about him to show case his power and strength.
Goku has but obvious faced many such dangerous villains and being the hero he is , he has defeated most of them.
He could beat most of the DC and Marvel villains too but the superheroes who protect the respective universes , are much powerful and if they had to go head to head with Goku , there would be a tough fight .
Here is a list of few superheroes who could actually beat Goku !

Professor X is definitely one of the most powerful heroes when it comes to making someone do something by using their mind. Prof X can easily get into people’s mind and make them do things and when he wears Cerebro , his mutant power can  be increased.
His telepathy power lets him control and even change the person’s senses that is how the person feels , smells , sees or even hears. If he wants , he can also alter the person’s memories by removing them and making them believe that the illusions created are real.
Now Goku can easily beat him , like Prof X is on a wheel chair ; but even though Goku has a strong will , his mind can be easily manipulated by Professor . He can make Goku believe that he is harmless and can win against Goku easily ! 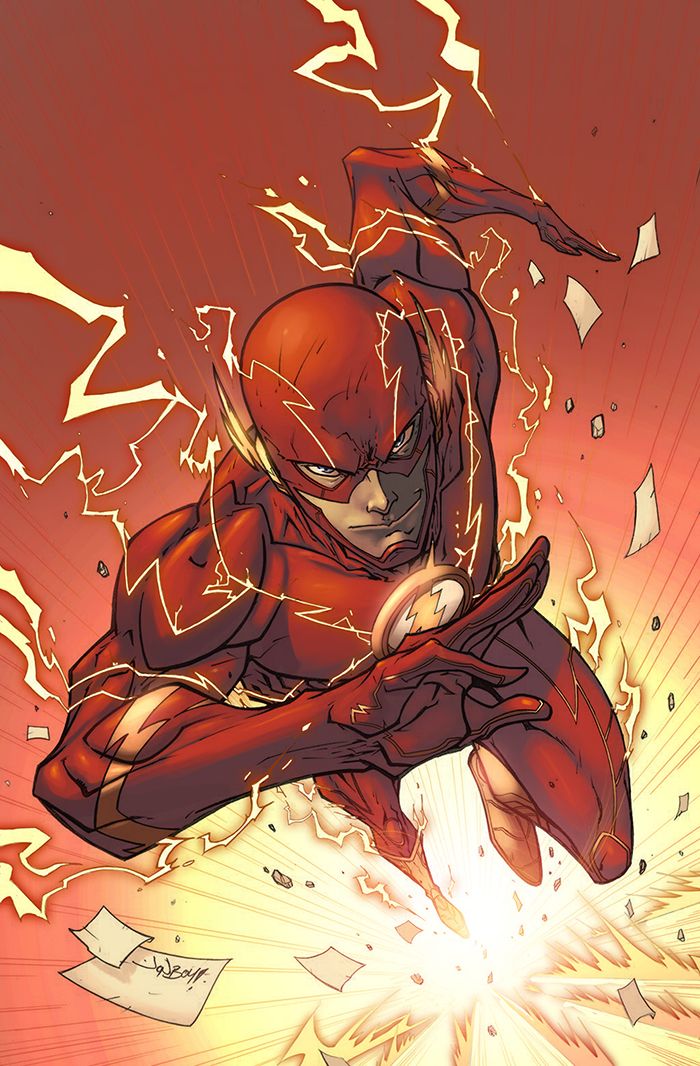 We all know that Flash is SUPER FAST. Dragon Ball fans know that Goku can move fast as well making difficult for an human eye to see. He can also use his Instant Transmission technique to teleport to places.
But despite of all this , we do not this Goku could stand a chance against Flash. If they had to fight , Goku would not be able to keep up with The Flash and in turn Flash would for sure hit him multiple times before Goku could lay his hands on him.
Flash can also by using his Speed Force amplify his speed and strength . If Flash uses Speed Force move against Goku , he won’t stand a chance against The Flash. 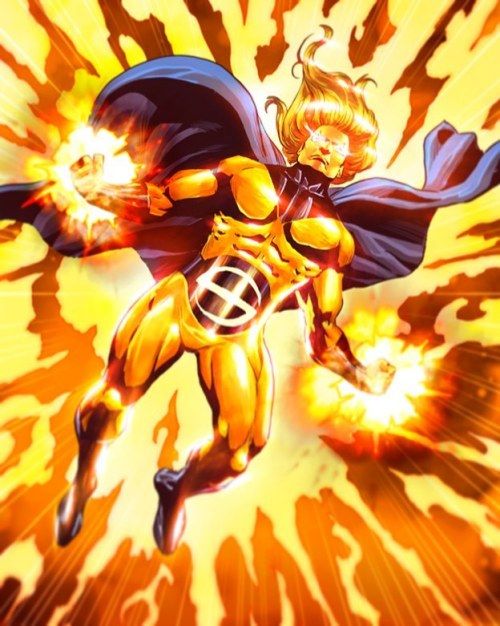 Marvel fans know that there are many powerful mutants in the marvel universe. Comic fans are aware about how powerful Sentry is and he could possibly be the strongest mutant out there. Sentry also got his powers through the serum , but it has made him unimaginably powerful ! He can manipulate time and matter and he is almost impossible to harm which sort of makes him immortal and difficult to hurt.
As a result Goku who has powers to blow up a planet would not stand chance against a superhero who can explode suns !
Though Sentry has weakness – his wife ; however Dragon Ball fans know that Goku would never go personal just to get an upper hand in a fight !

Hulk has immense physical power. He has had superhuman speed , healing and he is durable too. All these abilities make him a monster considering the amount of strength he has !
Goku could probably land few scratches on Hulk .
Goku too has amazing strength but it does have a limit but he wouldn’t be a match for the Incredible Hulk. Hulk has his own set of weakness ; magic , blades made from Vibranium , gamma radiation draining etc , but since Goku won’t have these things , he would not be able to defeat the Hulk. 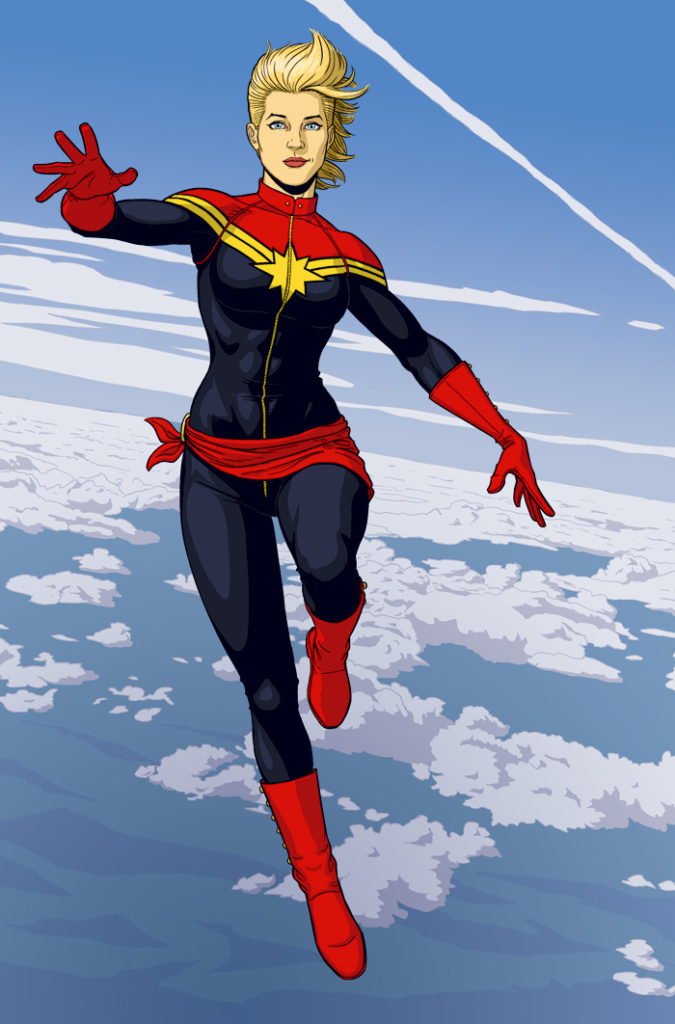 Captain Marvel is one of those Marvel characters who has never died thanks to her powers. She has superhuman strength , speed , stamina, amazing reflexes etc.
Now to be honest, Goku has those kind of abilities too. But what make Captain Marvel come out as the superior is that he can manipulate and absorb energy.
As a result, she could easily absorb Goku’s Ki blasts and use them same to attack him. Moreover, she could use the same energy to heal herself. And she can fly ! Surely she has a lot of upper hand over Goku. 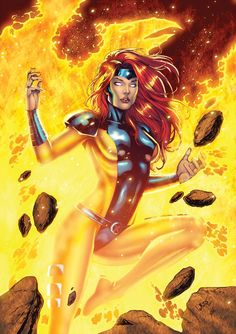 Jean Grey , is another powerful mutant that has amazing telekinetic and telepathic powers. Additional to these powers she also possesses the power of Phoenix Force. Alone with these dangerous powers, she could easily beat Goku !
The Phoenix Force is one of the oldest cosmetic entities which represent creation and destruction. All these powers would low key make Jean Grey a God. She can also create Black holes , blast powerful energy , alter past , create powerful flames and what not.
She definitely has advantage over Goku. 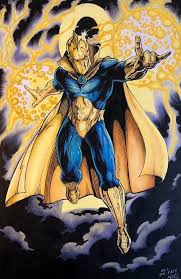 Doctor Fate is unquestionably powerful. He is a master when it comes to magic and he can even manipulate reality. He is also immortal. Apart from all that he can also negate energy that would allow him to manipulate Goku’s Ki blasts.
Now Doctor Fate’s powers lies in his helmet so he Goku destroys it , he could win. But the helmet is indestructible . Norrin Radd , is an alien who badly wanted to save his planet from Galactus. As a result , he was given the Power Cosmic and transformed into Silver Surfer after making a deal with the cosmic being.
Goku’s Ki blasts would be easily absorbed by Silver Surfer and even his martial arts would be of any use against Silver Surfer due to his immorality and healing power.
Though Goku has the ability to destroy planet , Silver Surfer on the other hand could destroy the entire solar system with his power. He also has physical strength which he can use to levels we cannot  really imagine !
We have a clear winner here !

If Goku were to physically fight Doctor Strange , he would win easily as Doctor Strange is not more of a fighter. However , he is a master of mystic arts and as a result Doctor Strange does not really use his fists to fight someone. His power comes from magic and he can use a lot of abilities.
Dr. Strange can manipulate matter and energy and he has multiple different abilities like telepathy, intangibility and even dimensional travel.
He can even manipulate time.
Now Goku won’t stand a chance in front of Doctor Strange as when he blasts his Ki power , Doctor could easily release them in a different dimension or even use it to hit Goku himself. This could create trouble for the beloved  Shonen Hero.
Moreover , Doctor Strange can even just send Goku away to a whole new different dimension without even actually fighting him. Superman could have died many times , but Goku does not have what it takes to beat him. He but obviously has superhuman strength and also stamina , senses , reflexes and great endurance.
And if these were not enough , The  Man of Steel also has heat vision which could definitely cut through Goku’s body !
Superman’s weaknesses are magic and Kryptonite. Well Goku doesn’t possess any magic powers and he would not use Kryptonite as he always wants a fair fight when his opponents are at their full power. In that case Superman would easily win over Goku.
There is no surprise on why Superman is on the number one of our list ! Duh !