Dragon Ball is the vast world of Goku and his gang with all the bizarre happenings. Dragon Ball Super is one of these series that has proved this with its cannon additions. Dragon Ball Z: Kakarot is only cherry to the pie. A very interesting fact about Earth’s humans has been released that has given the fans, a huge amount of relief.

Release of the latest game in the world of Goku

Dragon Ball Z: Kakarot has been released recently. It gives the audience all-new experience of the anime world. Those who play this game can play Goku as well as the other fighters. Fans have loved the amazing game and therefore, it becomes necessary to discuss the astonishing mission.

Indeed, fans can now take Super Saiyan Goku around to have a meet with the earth’s beasts. Fans have been extremely curious about them, the reason being the ability of these animals to walk and talk. All the answers have been given by Science in this version of the earth with beast-men.

The mystery of Beastmen

One of the Beastmen answers their phenomenal science by saying that they were originally men who wanted to turn into beast men. They took a drug called animorphaline which turned them into animals permanently. The other character adds, “Yeah, and now that the animorphaline fad’s over, you don’t see any more beast-men around.”

Here we go, it turns out that humans who took this exceptional drug turned into beast men. Some of them returned to their original selves while the others remained the same beast-men. Science has done some amazing wonders on the earth where Goku lives and we should wonder whether such technology will ever occur on the Earth where we live.

Where can you find the amazing Goku? 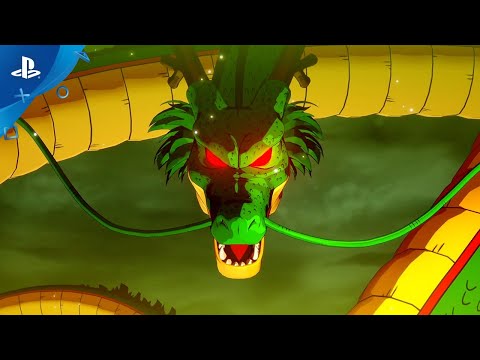